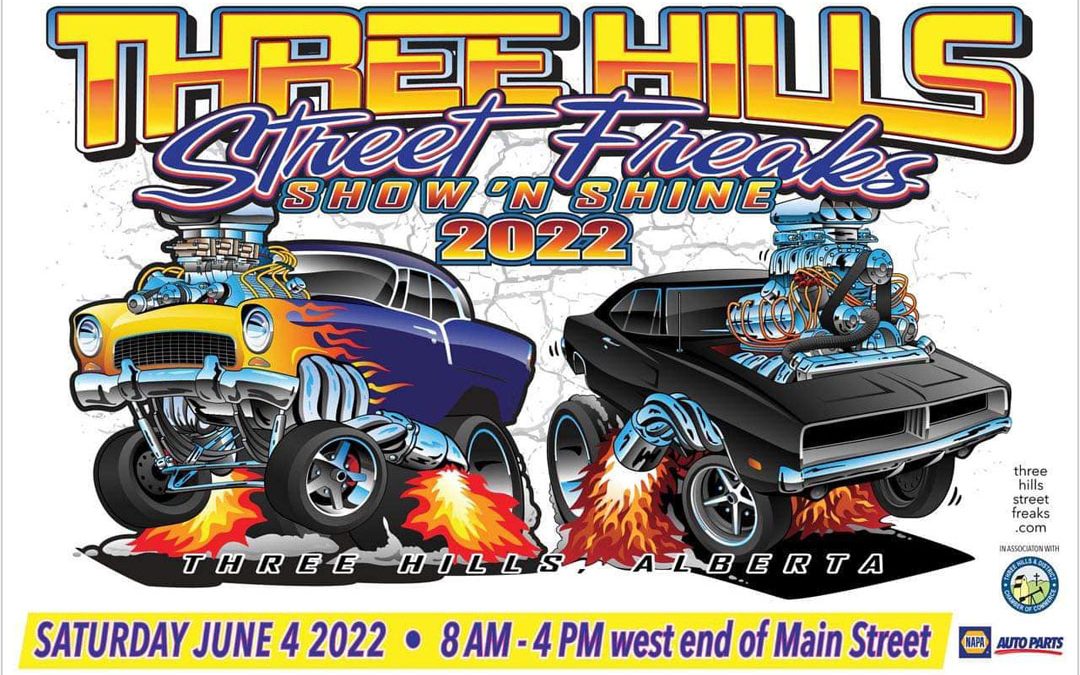 On Friday, June 3, and Saturday, June 4, we attended the Show N Shine in Three Hills, Alberta. 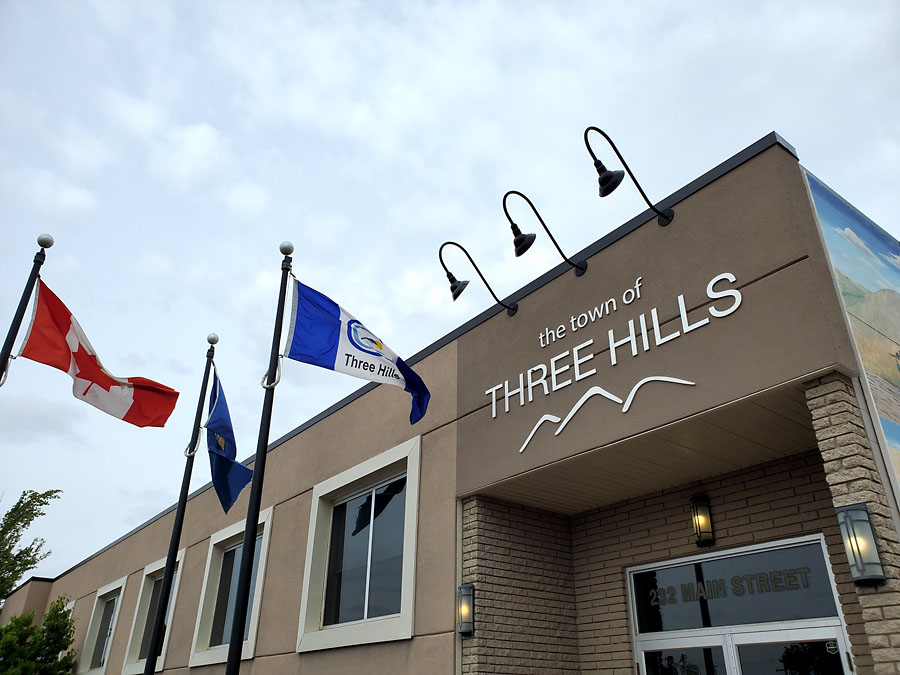 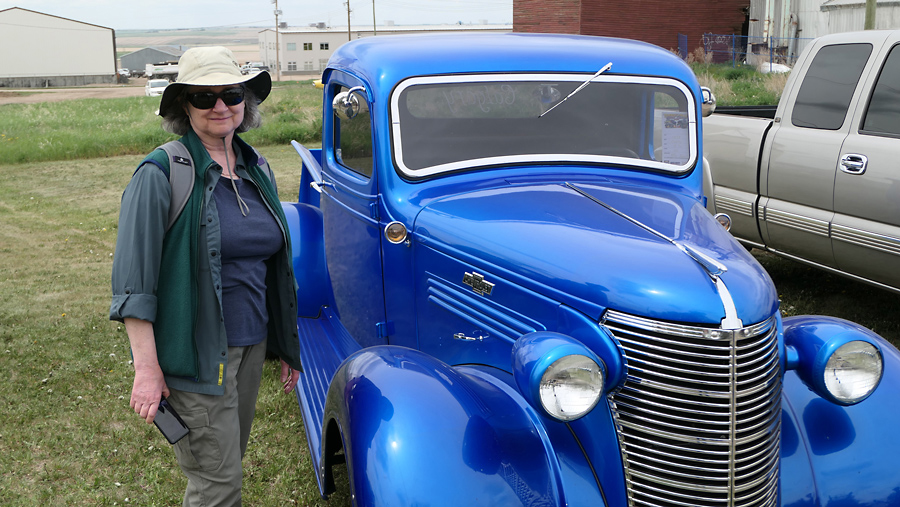 On the Friday night of this event, a parade (cruise) of classic cars and trucks—as well as motorcycles and hot rods—proceeds down Three Hill’s Main Street, and then to the little town of Trochu, and back again to Three Hills.

Parked along Main Street and along First Avenue SE, the vehicles are polished, photographed and admired. This 1960 Chev Impala has mirrors in the hood to reflect the perfectly clean engine. 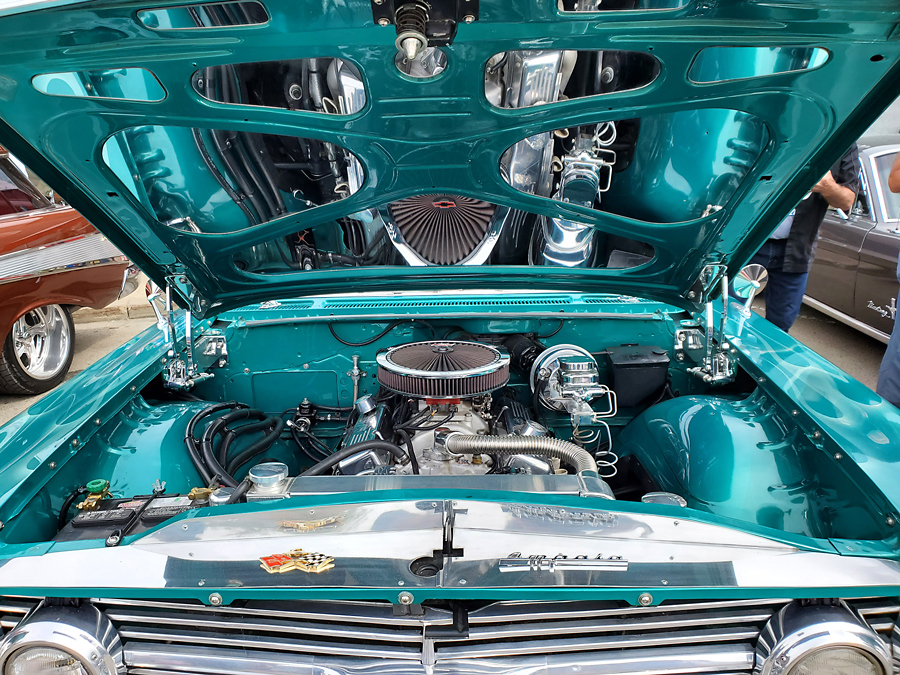 I don’t know anything about old cars, except that many of them look like pieces of art that you drive. 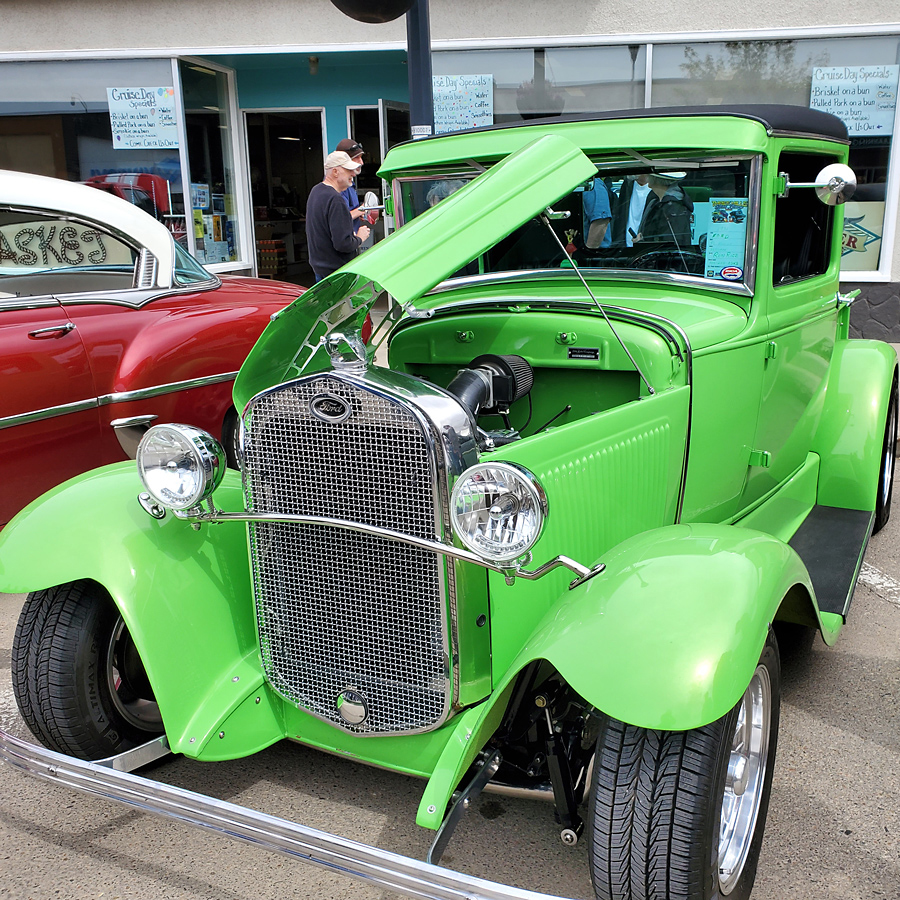 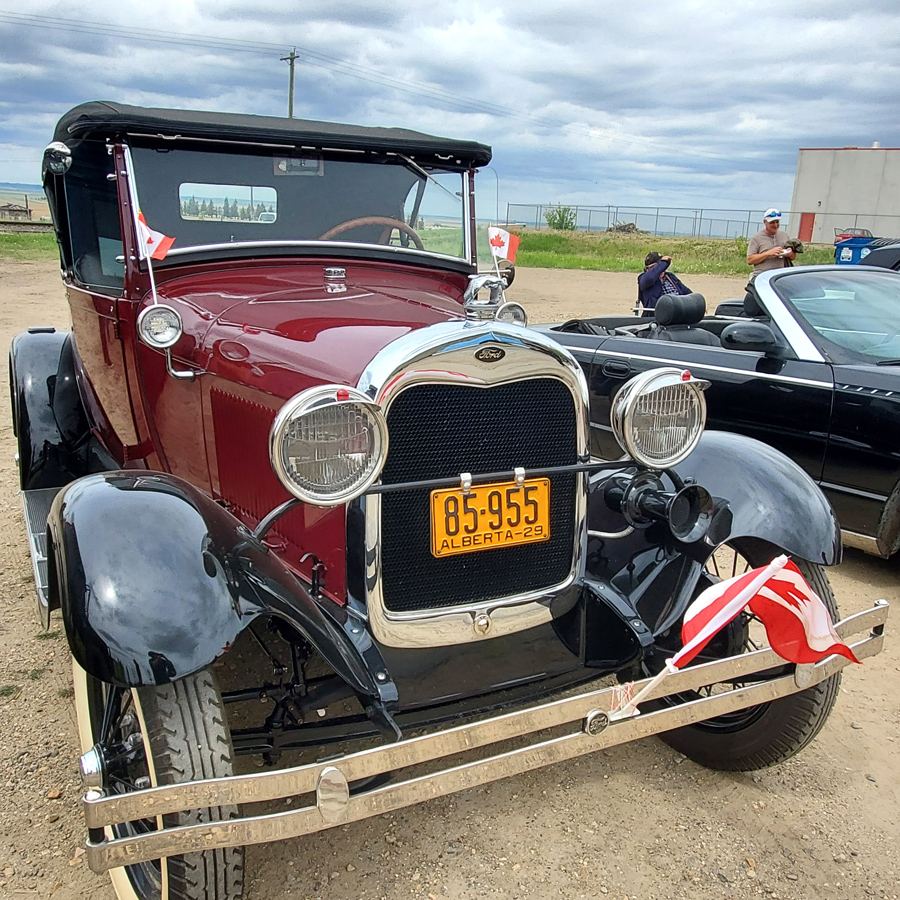 This Firebird in the next photo is similar to the one Isabelle drives in ON THE WAY TO A WEDDING. 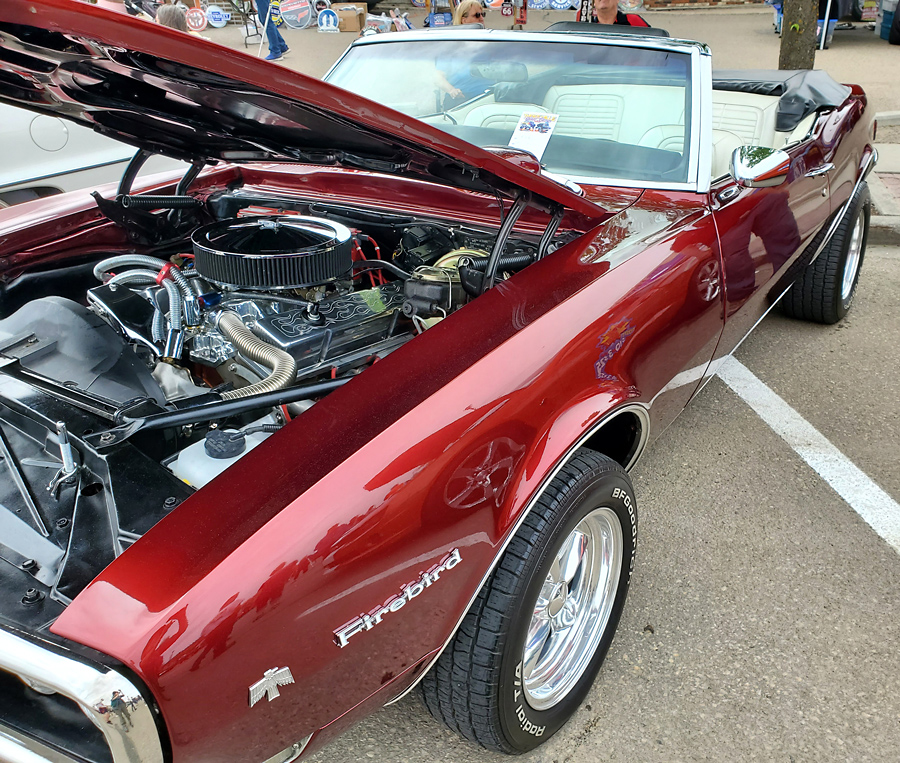 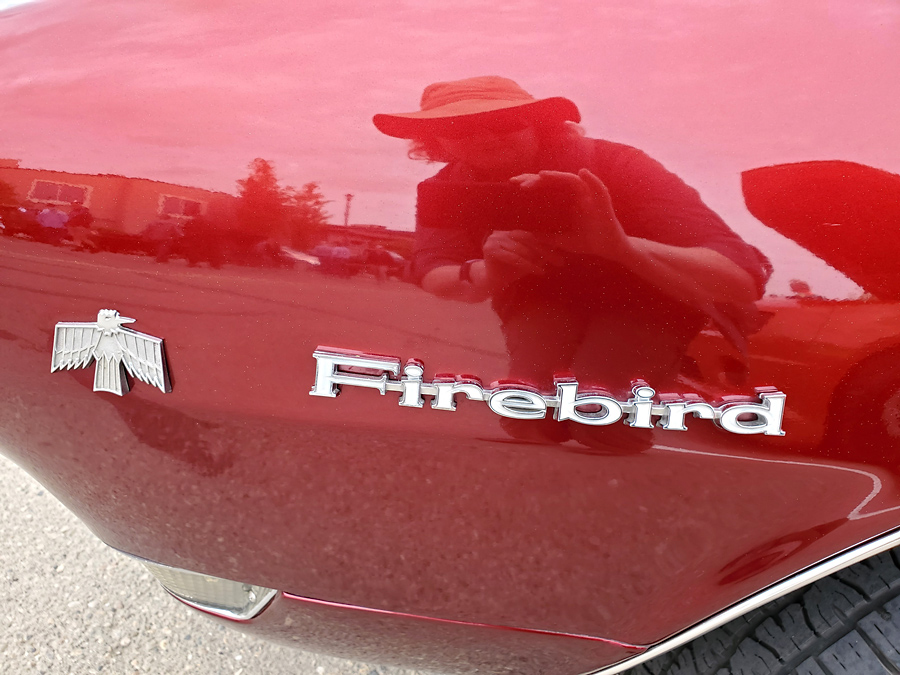 Did I say they were shiny?

This is not a classic car. It’s a tiny home. The company that builds these had this one at the event and let us look inside. This four-season home is well-insulated and incredibly spacious, with beautiful workmanship. 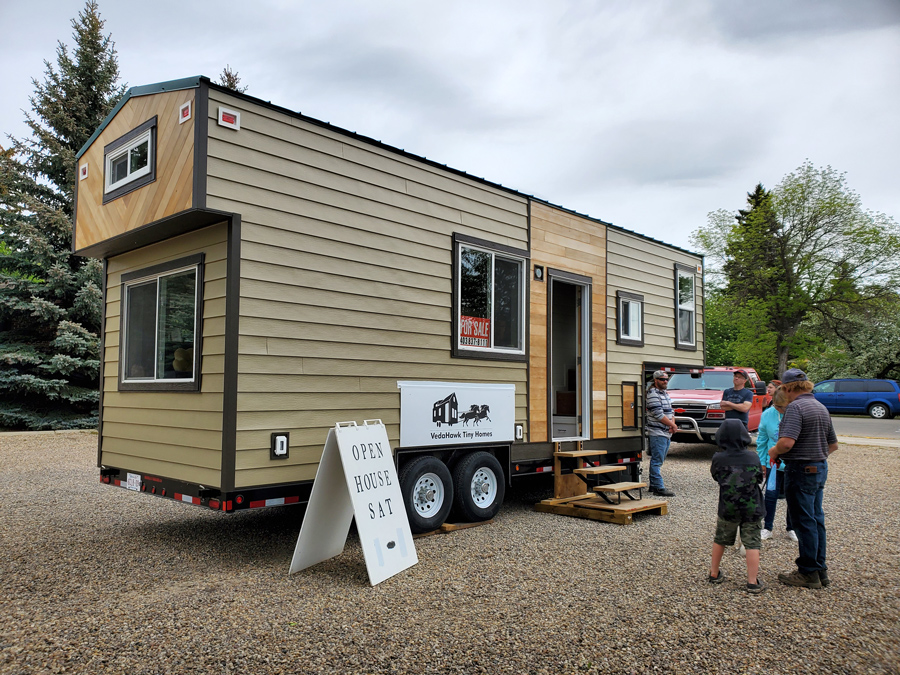 In town, there is a fair-like atmosphere with retailers selling memorabilia, and local charities selling a variety of fast foods like burgers and hot dogs and ice cream. 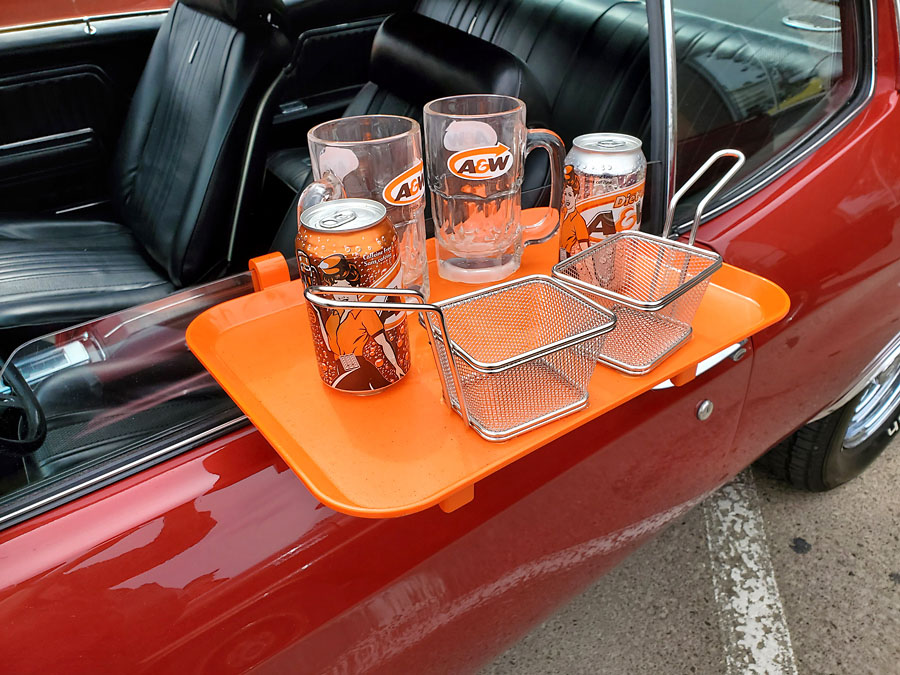 example of fast food back in the day, and 1970 Chevelle

There are also drag races at the local airport on Saturday and Sunday.

On Saturday night, we had dinner at the Harvest House Restaurant. Good thing we made reservations!

This year, like all years, the weather cooperated, giving us a mix of sun and cloud, and a pleasant temperature for wandering among the classic cars. We were told that the weekend has never been rained out. I think we were lucky this year, because it was raining on Sunday morning when we left to go back to the city, so the show just missed the rain. 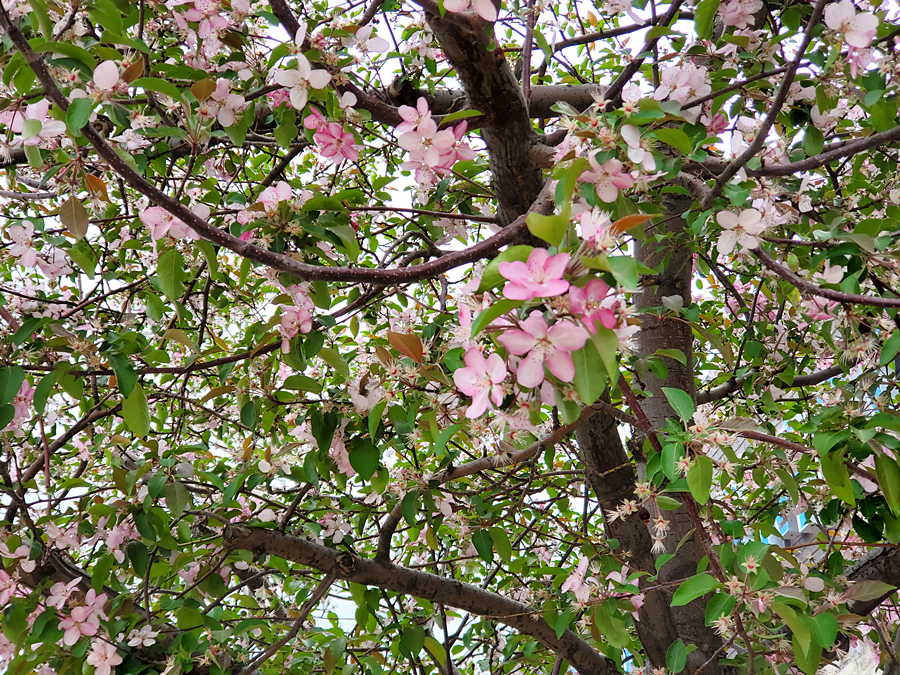 Have you ever attended a “Show N Shine”?