Today is the Launch Day for my book, THE THURSTON HEIRLOOM. That’s Mariah and Teague on the cover. And that’s Larch Valley in the background. Larch Valley is a very popular hiking trail in Banff National Park.

You can read the first chapter of the story here. 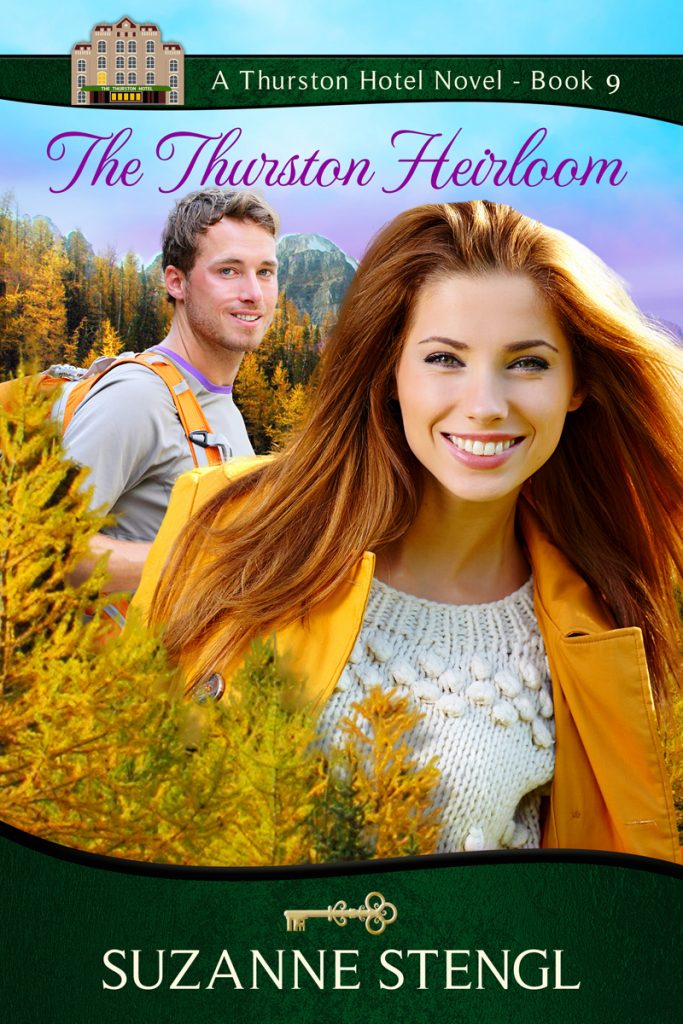 The Thurston Hotel is located on Main Street in the mountain resort town of Harmony, Alberta. Built by Thomas Thurston, the hotel opened in 1916. His three grandchildren—Wendy, Bailey and Ben—operate the six-story hotel today.

The town and the hotel are fictional, but the actual location is not. Working as a group, we found it was  helpful to know our surroundings, so we chose beautiful Canmore, Alberta as our setting. Tucked in the foothills of the Canadian Rockies, Canmore is just outside the gates of Banff National Park.

And here’s the view from Mountain Jewel Sports of the Three Sisters. 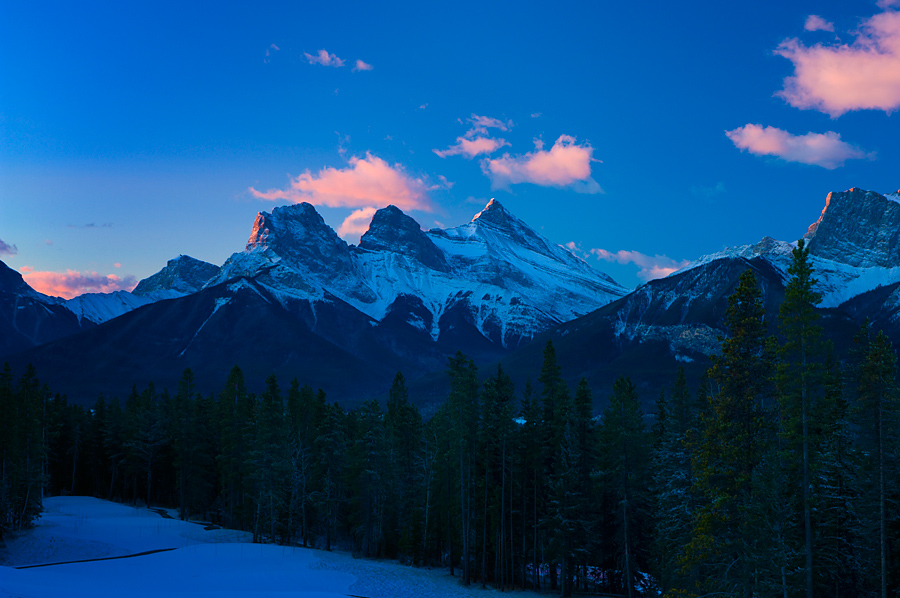 Actually, the Three Sisters can be seen from almost anywhere in Canmore. (Or, from anywhere in Harmony!) The three peaks are called Faith, Charity and Hope, or Big, Middle and Little Sister, respectively. They are one of the most photographed views in the Canadian Rockies and have come to be associated with the town of Canmore.

You can find more details on my Bookshelf. There is even a map of Harmony! Go here.

Since 1916, the hotel’s motto has been: We promise you’ll enjoy your stay at the Thurston!