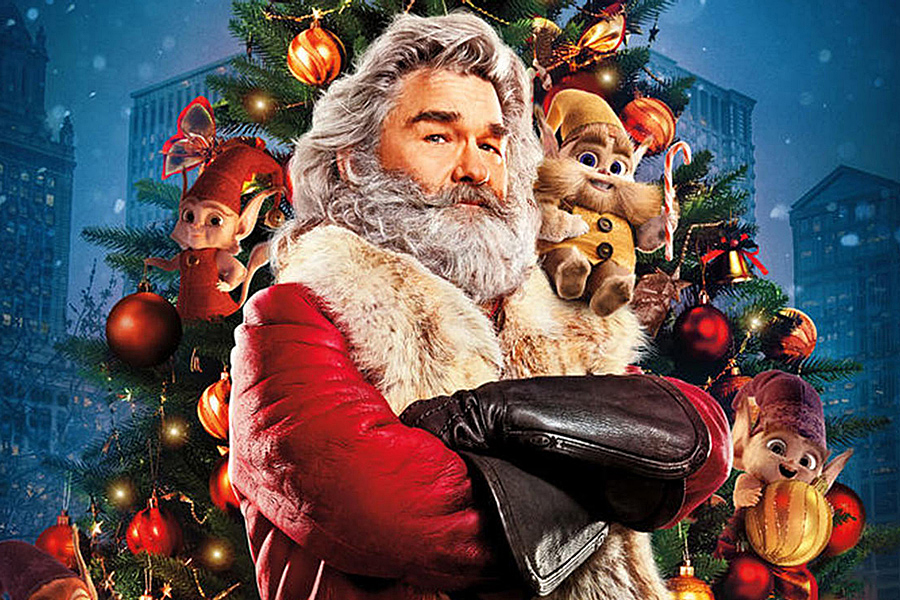 This year, Netflix produced “The Christmas Chronicles” and it’s the best holiday movie I’ve seen in a long time.

There are nights when I can’t sleep and Netflix is my drug of choice. So, on one of my sleepless nights, I scrolled through the Netflix offerings and found this Christmas movie starring Kurt Russell as Santa. And what an excellent Santa he is! Cool and macho and I love that coat!

I’ve watched the movie twice more with Rolf and we are both hoping we’ll be able to buy this one on Blu-Ray and put it in our Christmas Collection.

The basic premise is this: two siblings are left alone on Christmas Eve because their mother has to work in the Emergency Department at the hospital and their firefighter dad died last year. Teddy, a teenager, is unimpressed with having to babysit his younger sister Katie, but she concocts a plan to catch Santa on video and Teddy helps out.

The two kids end up in the back of Santa’s sleigh and cause Santa to have a near crash with a Boeing. Santa loses his hat, his bag of toys and his reindeer. The rest of the film deals with finding those items and saving Christmas.

There’s a car theft, a car chase, a reindeer chase, and Santa ends up in jail where he performs a blues “Santa Claus is Back in Town” with a cell-full of accompaniment. The police get the Christmas spirit and release Santa. Eventually, all is put to rights, the good guys triumph and the bad guys get coal. And the ending has a surprising and charming cameo that I know you’ll love.

I’ve read some of the serious critic reviews and many of them like to diss the movie. But on sites like the Internet Movie Database (imdb.com) the user reviews are mostly positive. When I looked this morning, the overall rating was for 7.3 out of 10.

For me, the movie was heartwarming and enjoyable, even without eggnog. Don’t pay a lot of attention to the naysayers. Watch “The Christmas Chronicles” yourself and make your own decision. Bah Humbug to the critics.

Have you seen “The Christmas Chronicles” yet? Do you like binge-watching Netflix movies? What’s your favourite Christmas movie?