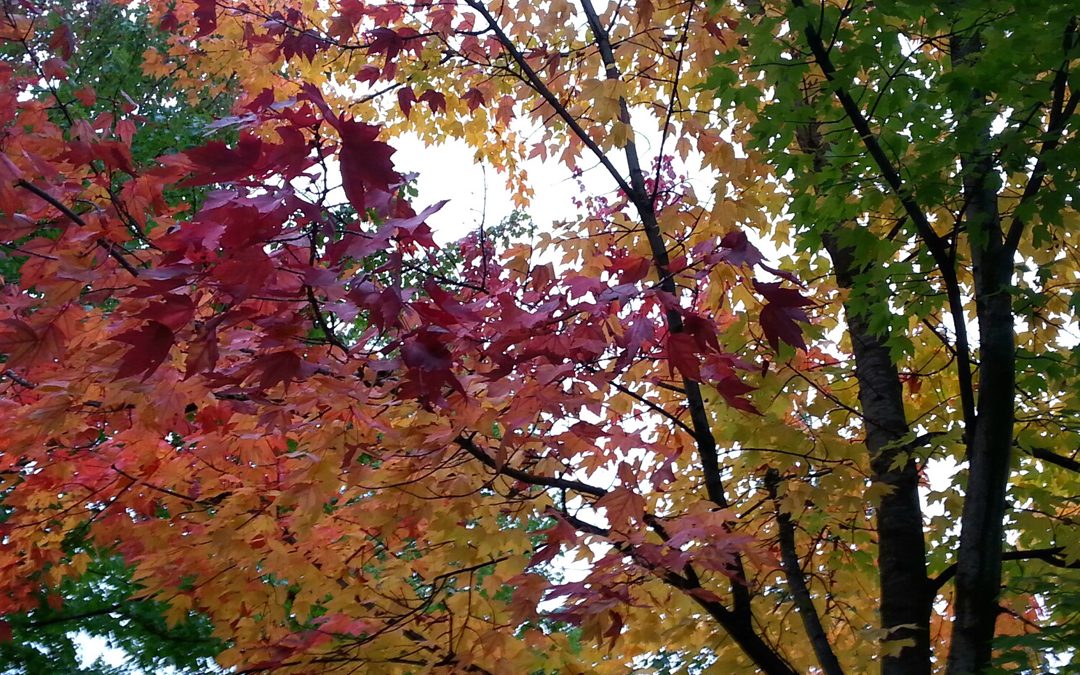 Whistler in the fall

I am enjoying Whistler in the fall.

The Village is peaceful. The crowds are gone. The weather is misty and quiet. The temperature hovers around 18, 19 and is perfect for walking or cycling.

And later today, it will be perfect for making a cup of tea, sitting on the balcony and writing a few pages. 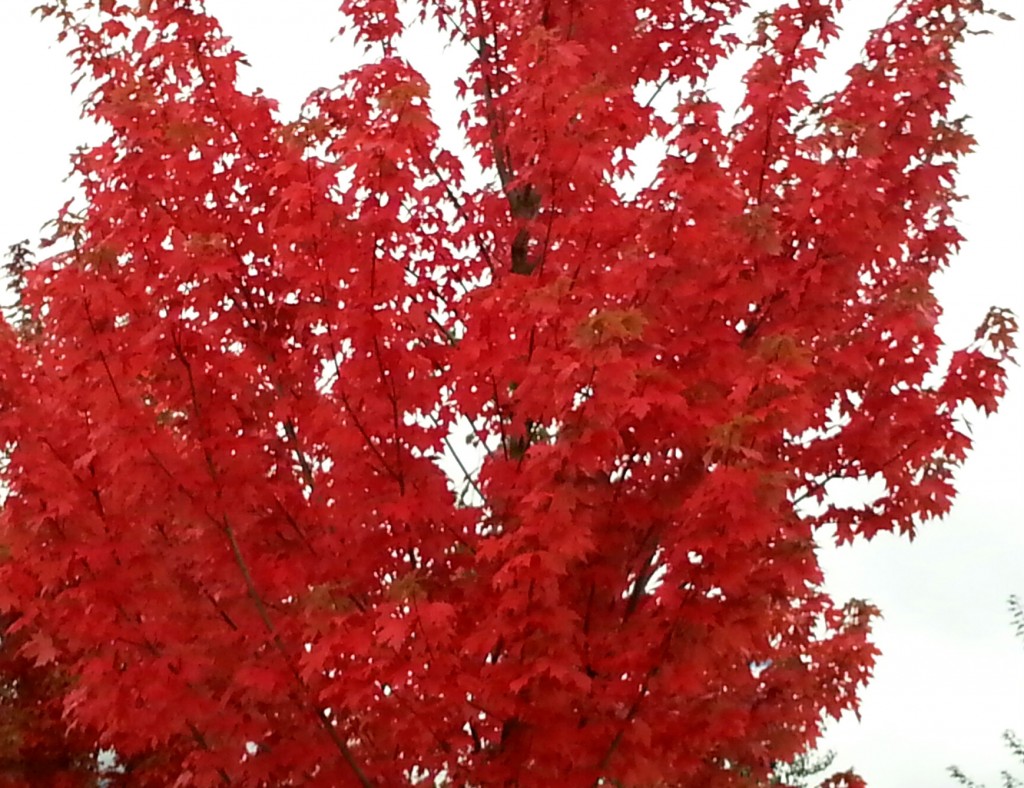 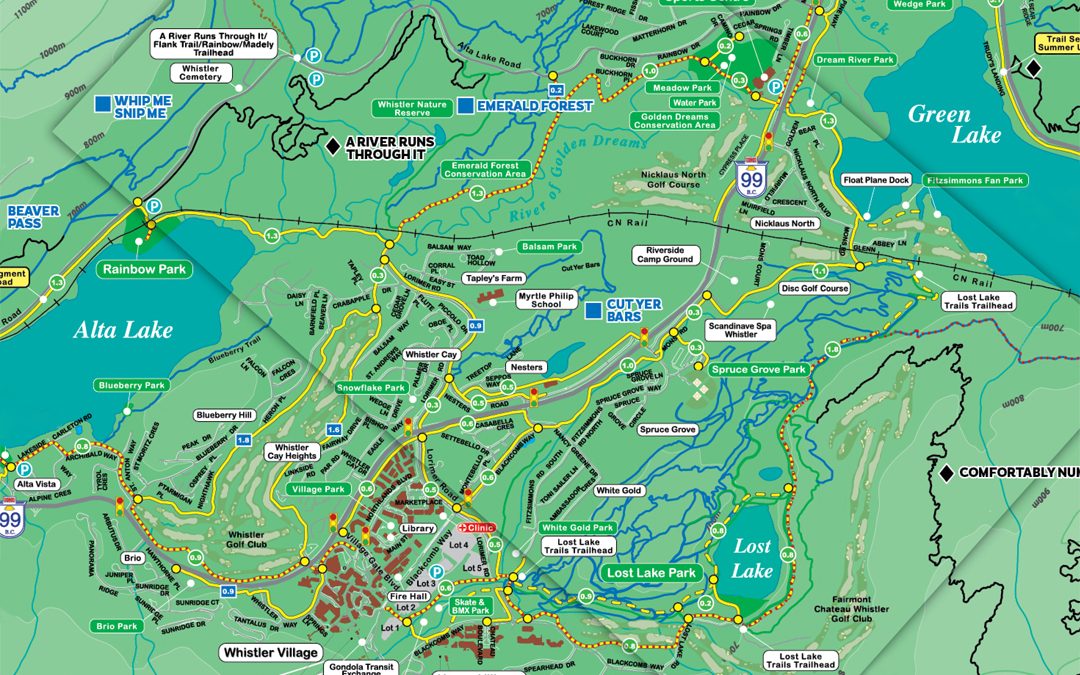 Whenever I’m in Whistler, I walk the Lost Lake / Valley Trail loop, often more than once.

From where we are staying (Woodrun) it’s about 20 minutes to Lost Lake, unless I get lost. Bears are everywhere in Whistler but as long as you’re making noise, they don’t bother you.

Lost Lake has a network of trails, some narrow, some wide, all gravel. The Valley Trail is paved and is an “all excess” trail: walkers, cyclists, rollerbladers, dogs, everybody. This trail runs a total of 40 K connecting the subdivisions of Whistler. The main trail in Lost Lake Park connects with the Valley Trail just before the Nicklaus North Golf course. The “loop” is about 10 K and, since I’m a slow walker, I can do the loop in about 3 ½ hours.

Usually, I’m walking alone (a writer’s walk) but on this particular day, I did the walk with Rolf and our friends, Marcel and Gwynne. For years I have walked past the Nicklaus North Golf course patio. 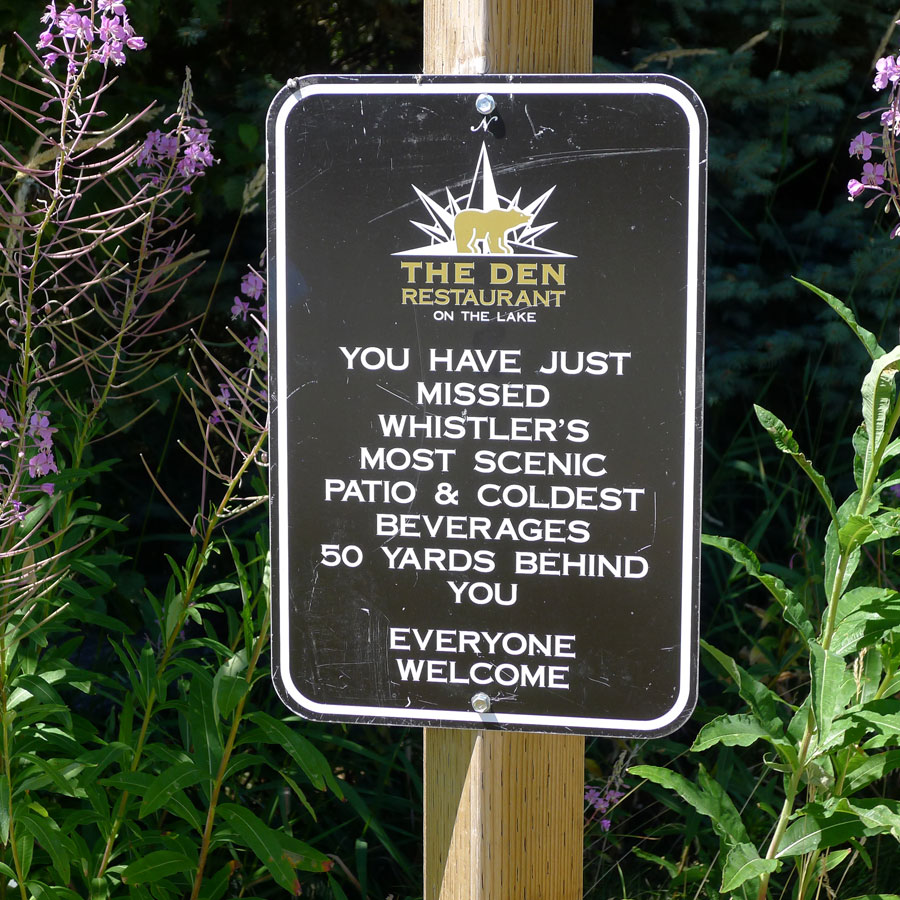 Here’s the sign you see when you pass by.

Now, this is the year I discovered iced coffee. Yes, I know it’s wonderful, but it took me this long to figure that out. So as we approached the patio, I was craving an iced coffee and we decided to go in. We found a table looking over Green Lake. 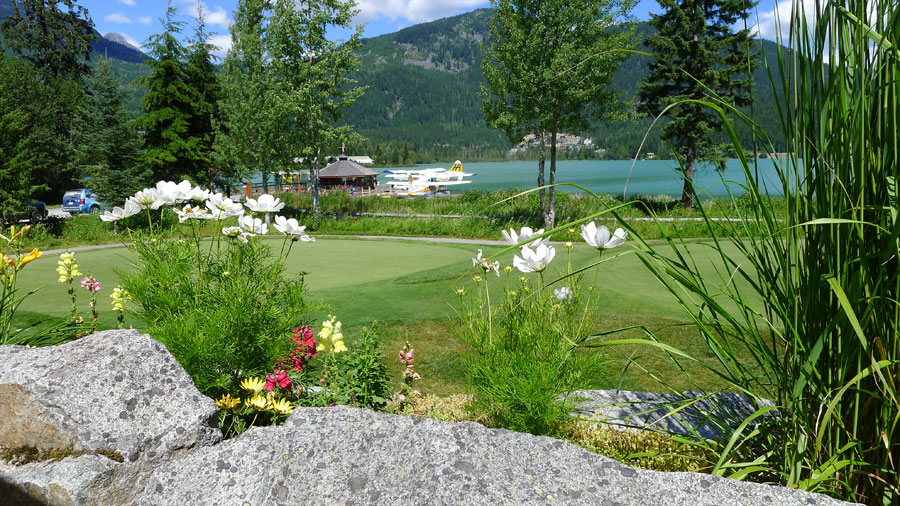 You can see the float planes belonging to Whistler Air.

Once we sat down, it became necessary to not only have the coffee, but also the food. Rolf & Marcel shared a platter of sushi, and Gwynne and I got the nachos—with spicy chorizo, pepper jack cheese, provolone, cheddar, black olives, jalapeños and the usual sour cream and salsa, plus the fresh guacamole. Heaven. 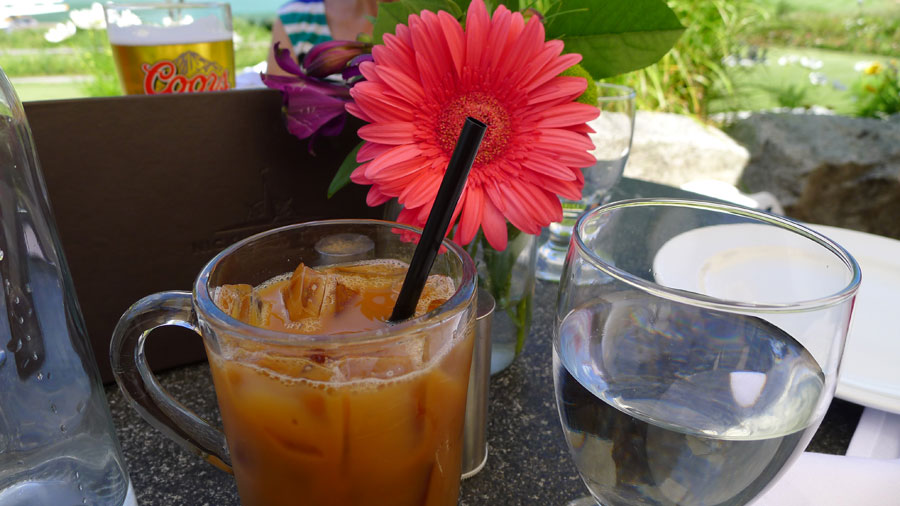 After breaking for over an hour, we continued along the Valley Trail, along the boardwalk by Green Lake and its lily pads, past Meadow Park with its playground and water park and water fountain. This is about the halfway point of the loop and this is where I usually stop for a snack.

From here, the trail meanders along, following the River of Golden Dreams.  (Yes, that’s really what it’s called.) 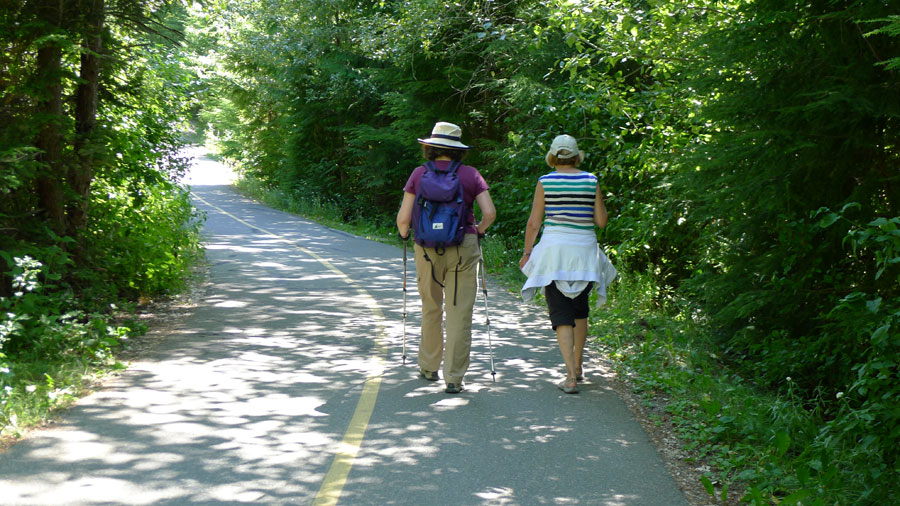 Suzanne & Gwynne on the Valley Trail

Then we approach the Whistler Golf Club, walking along its edge in the shade of the trees, hearing the occasional “fore!” Once we reach the clubhouse, we turn north up to the Village.

This was a hot day, so we required another stop for iced coffee at the Starbucks before walking up the ski hill to reach Woodrun and the swimming pool.

Refreshed from our swim, and with the kinks eased out in the hot tub, we went back down to the Village to the Dubh Linn Gate Irish Pub where we dined on the patio and lucked out with an Irish band. 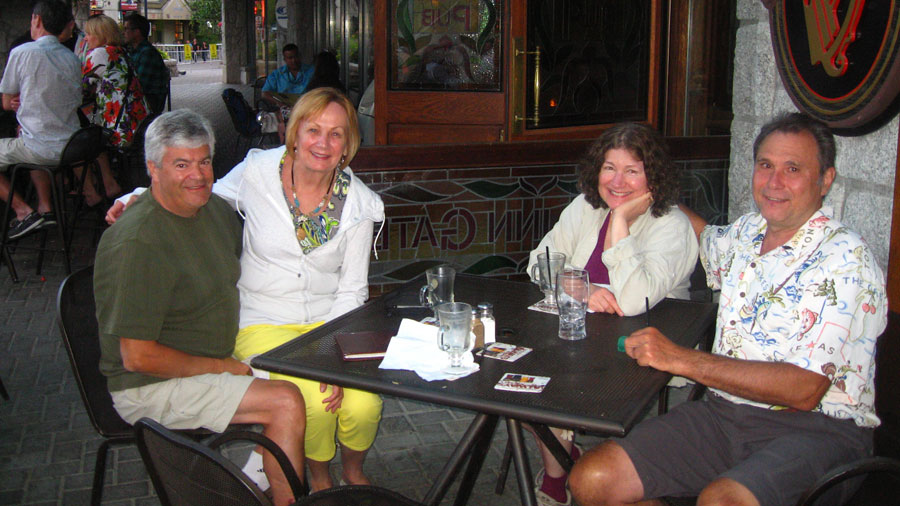 I hope you’re enjoying YOUR summer! 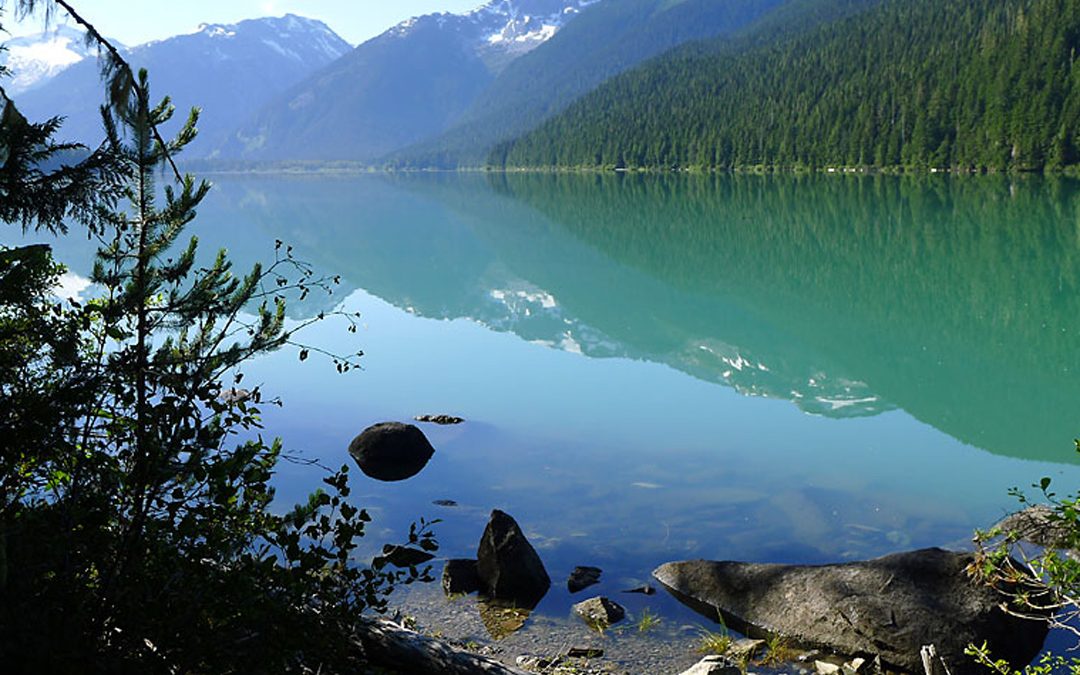 While visiting Whistler last week, I did a solo hike in Garibaldi Provincial Park on the Cheakamus Lake trail. When I arrived at the parking lot at 7:30 in the morning, the temperature was 11 degrees Celsius. Perfect hiking weather.

This is a 14 Kilometer round trip that follows the Cheakamus River and goes part way along the lake. The trail rolls up and down but is relatively flat. 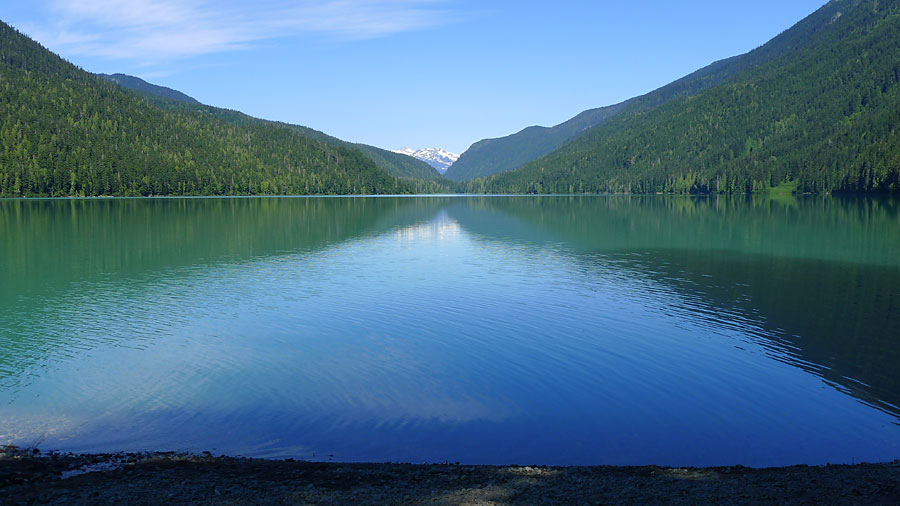 Cheakamus Lake is a glacial fed lake surrounded by mountains. I stopped here at the trailhead for a lunch of tuna, cheese, cherries and contemplation. By now, it was a quarter past ten and the sun was coming up over top of the trees and filling the lake. I was the only one here.

On the return trip, the sun made it warmer but I was sheltered by the trees for most of the way. I met some late hikers on the trail as I got closer to the parking lot. Some not wearing hats. Some not even carrying water. Some asking “Are we almost at the lake?”

My car’s thermometer gave an outside temp of 32 degrees. Inside the car, my extra water bottle was hot. I was very warm myself but I felt good. I drove back to Whistler with the air conditioning on full blast, parked at Market Place and went to Starbucks for an iced coffee. Then I headed back to the hotel to join Rolf for a swim.

And that is a typical vacation day in Whistler. Do you have a favourite vacation spot? 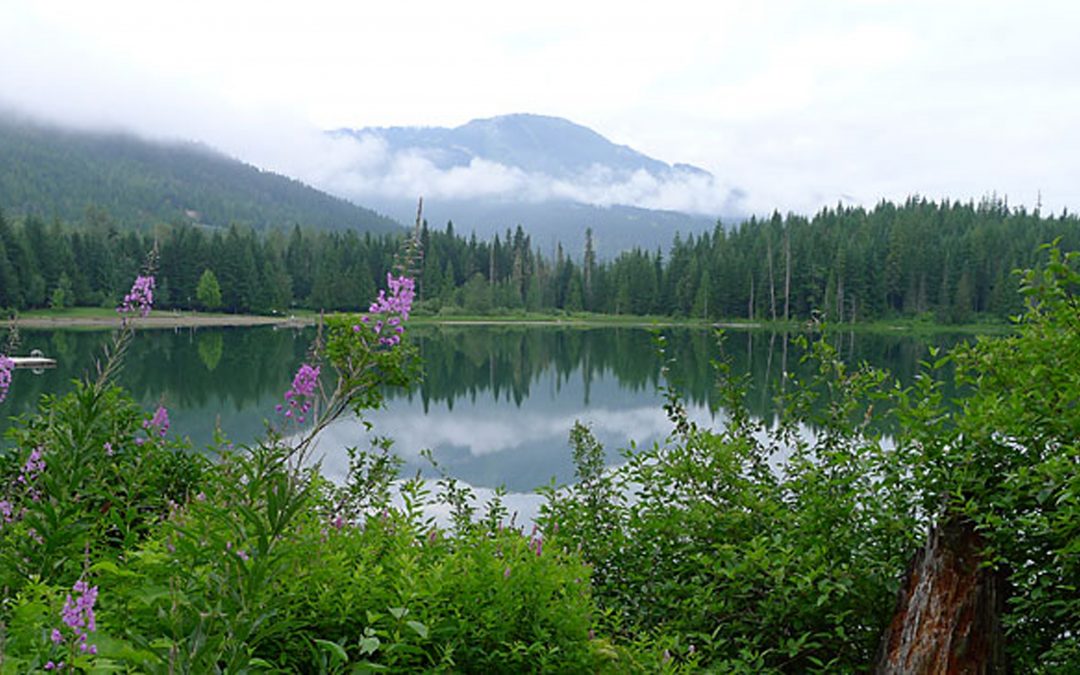 This is the real Lost Lake in Whistler, British Columbia, Canada.

There is also a Lost Lake in fictional Bandit Creek. Here’s what the Bandit Creek Bible says about the lake:

Lost Lake covers the Old Town and there are many rumors and stories generated about the waters. Some say there is something in the lake . . . perhaps a creature, although there is no proof of such. Others say the lake is bottomless in some areas. This could be the flooded mine shafts.

Divers come from all over the world to enter Lost Lake and Old Town that lies at the bottom. Both residents and tourists have drowned or disappeared in the lake throughout its history.

This is a real lake in Alberta, Canada. It’s called Ghost Lake. (This would also have been a good name for Lost Lake, Bandit Creek.)

In THE GHOST AND CHRISTIE MCFEE, my heroine spends some time diving in Lost Lake. I decided to give Bandit Creek’s Lost Lake the same characteristics as Ghost Lake in Alberta.

If you are a writer, do you choose real places for your settings and then modify them?
If you are a reader, do you like to know how a setting came to be? 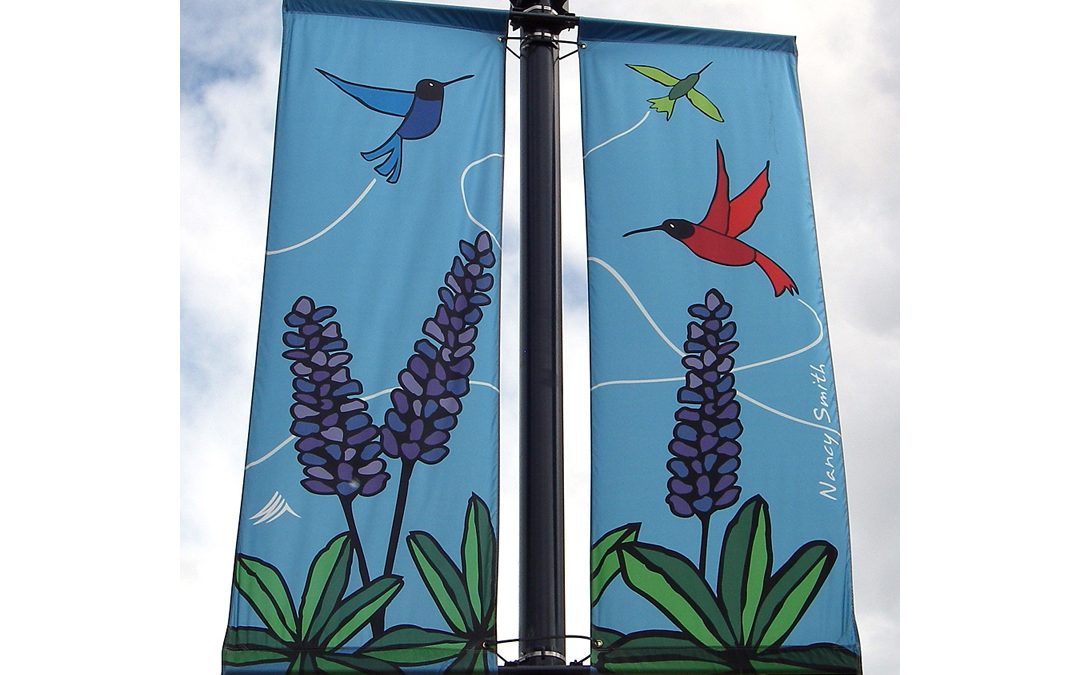 Having a “cool” time in Whistler, meaning the temperatures are lower than usual, like 18 to 20 degrees and overcast.

Yesterday we did the tourist thing and wandered around the Village.

The Crankworx festival is on, showcasing the best of the free ride mountain biking athletes.

At one of the displays we learned about GoalZero, a new solar panel technology for backpackers. Apparently some backpackers like taking cell phones into the wilds . . . and laptops and who knows what else. (I think it defeats the purpose of escaping to the wilderness.) Yesterday, even with the overcast, the panels were running at 70% efficiency, easily powering the demo televisions. This makes an excellent case for Wearing Sunscreen on a cloudy day.

I have my laptop on this trip, of course, and Have Laptop Will Write. I plug into conventional power early each morning and manage at least a page before the vacation resumes. I could write for an entire vacation, but Rolf would object. You know how non-writers are.

Today we hike the Cheakamus Lake Trail in Garibaldi Provincial Park, just south of Whistler. It’s an easy trail following the Cheakamus River and then Cheakamus Lake. We’ll have lunch by the turquoise coloured lake and enjoy the view of the snow capped mountains surrounding the lake.