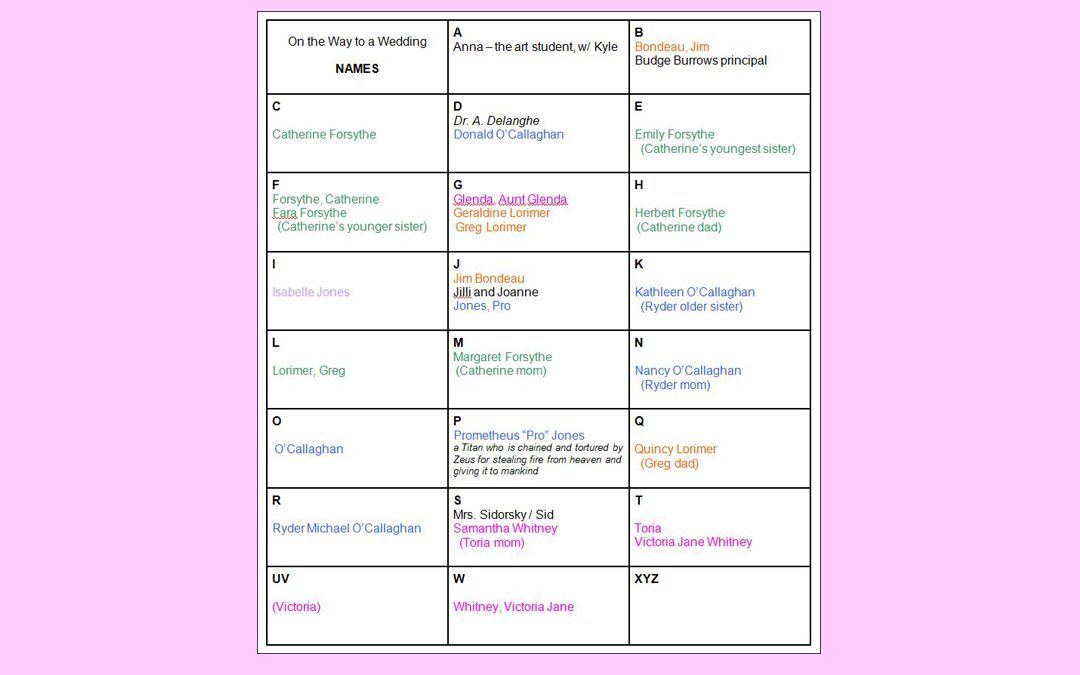 A rose by any other name: Naming Characters

I have an author friend who wrote a book, and then discovered that every character’s name started with a “J”. When she told me about that, I came up with this simple grid.

This is a table with 8 rows and 3 columns. The first cell contains the name of the book. Then there is a cell for each letter of the alphabet up to the letter “W” and then one cell for “XYZ”.
As I come up with a character’s names (first and last) I put them in the appropriate cell. “Toria Whitney” goes in “T” and “Whitney, Toria” goes in “W”.

In this example, I have also colour-coded relationships.  Toria’s family is Pink. Ryder’s family is Blue. I use Orange and Green for some other relationships. It helps me to keep everyone organized. With a quick glance at the Name Grid, I make sure that I am varying names, and I’m not putting Peter, Paul, Patty, Priscilla, Perkins  and Penelope all in the same book.

At the bottom of the Name Grid, you might like to list the names of places or things or minor characters in your story. For example, in ON THE WAY TO A WEDDING I listed the name of my fictional hospital, Nose Hill Hospital.

In Real Life Calgary, there isn’t a Nose Hill Hospital, but there is a Foothills Hospital. And there really is a Nose Hill Park. Because I have trouble remembering if I decided on Nosehills or Nosehill or Nose Hill, I recorded the spelling here.

If I give the coffeemaker a name, like the BrewWell Unit in Catherine’s office, I put it here.

ON THE WAY TO A WEDDING  has several fictional street names so I listed them for quick reference:  Collins Street, Dottridge Ave, Stelmack Boulevard and Wickens Street. By the way, these are the surnames of some of my author friends.

This goes without saying. Your character names may have different spellings but naturally you will decide on one. In ON THE WAY TO A WEDDING, several scenes take place at a Real Life coffee shop called Tim Hortons. Occasionally I have seen this written as Tim Horton’s (with an apostrophe). It’s important to pick one spelling and stick with it.

Whenever you happen on a name that might be a good character name, put it in this file. Then when you start a new book you won’t need to spend so long searching for the perfect names.

Keep another file of names you have already used. You don’t want to be always calling your hero, Ryder and your heroine, Toria.

A different number of syllables for the first and last names sounds best. You want Chris to pher Green, not Joe Blow. Joseph Blow might work. But then again, Joe Blow might work if you want a drab name for a drab character.

How do their names sound together? Are they lyrical? And if they marry and she changes her name, will it work? This is a romance, after all.

Do not make your reader have to think. When he sees Jordan, does he think of a man or a woman? This is not so important if your lead romance characters are Jordan and Mirabelle.  Or if they are Mike and Jordan. But do not make the two lead characters be Taylor and Jordan.

You may think Wynsleighe is a lovely name, but how do you say it? Is your reader going to trip over the pronunciation every time she sees it?

Ethel can appear in the 1911s but not today, unless she is very old. A quick search of popular names by year will solve that.

I have used Mrs. Jones. Fortunately I didn’t need to talk about Mrs. Jones’ purse, or even Mrs. Jones’s purse. But it’s best to avoid the whole problem and have “non-S” endings.

Think about your plurals. Think about John Crowfoot and his wife, Jill, and all their little children. What happens when the Crowfoots all come for a visit? Are they Crowfeet now?

As a reader, have you ever come across character names that tossed you out of a story?
As a writer, do you have a system for choosing names? 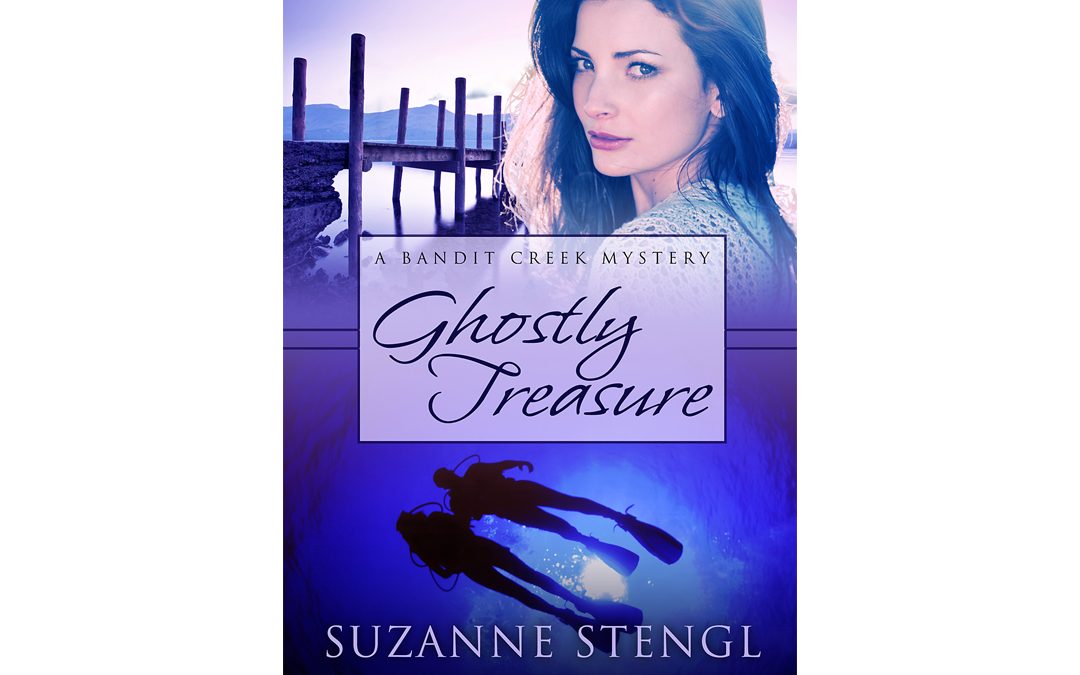