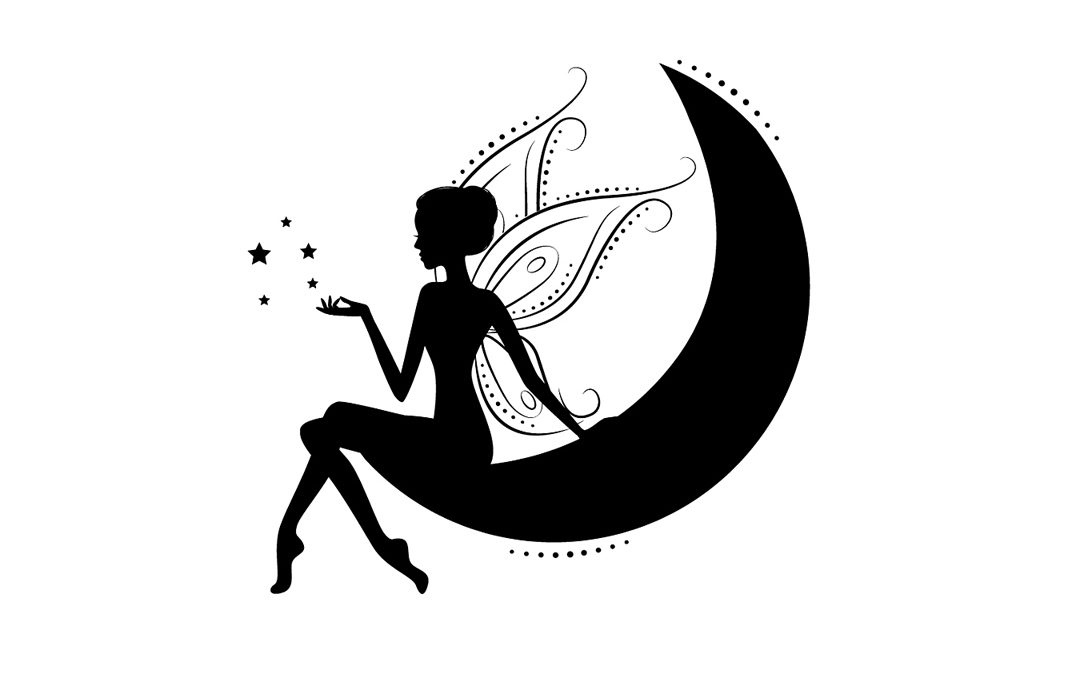 Last November, I made a fairy garden—a place for my imagination to sit and dream up new plot lines, or mull over old plot lines, or try to forget the plot lines completely. I think this is a “displacement activity”.

From the MacMillan Dictionary, a displacement activity is

something that you do in order to avoid dealing with an unpleasant situation.

In biology and psychology, it is something that a person or animal does that has no obvious connection with the situation which they are in and that is the result of being confused about what to do.

The Collins Dictionary defines a Displacement Activity this way:

1.    (psychology) behaviour that occurs typically when there is a conflict between motives and that has no relevance to either motive, e.g. head scratching

2.    (zoology) the substitution of a pattern of animal behaviour that is different from behaviour relevant to the situation, e.g. preening at an apparently inappropriate time

I first heard about Displacement Activities from author Cherry Adair when she spoke at one of my writer groups. She told us how she made a binder for each book—spending time making a cover for the binder, putting in dividers, finding pictures.

Yesterday I showed you the plants I used. Here they are, freshly planted, before any of the other stuff showed up. 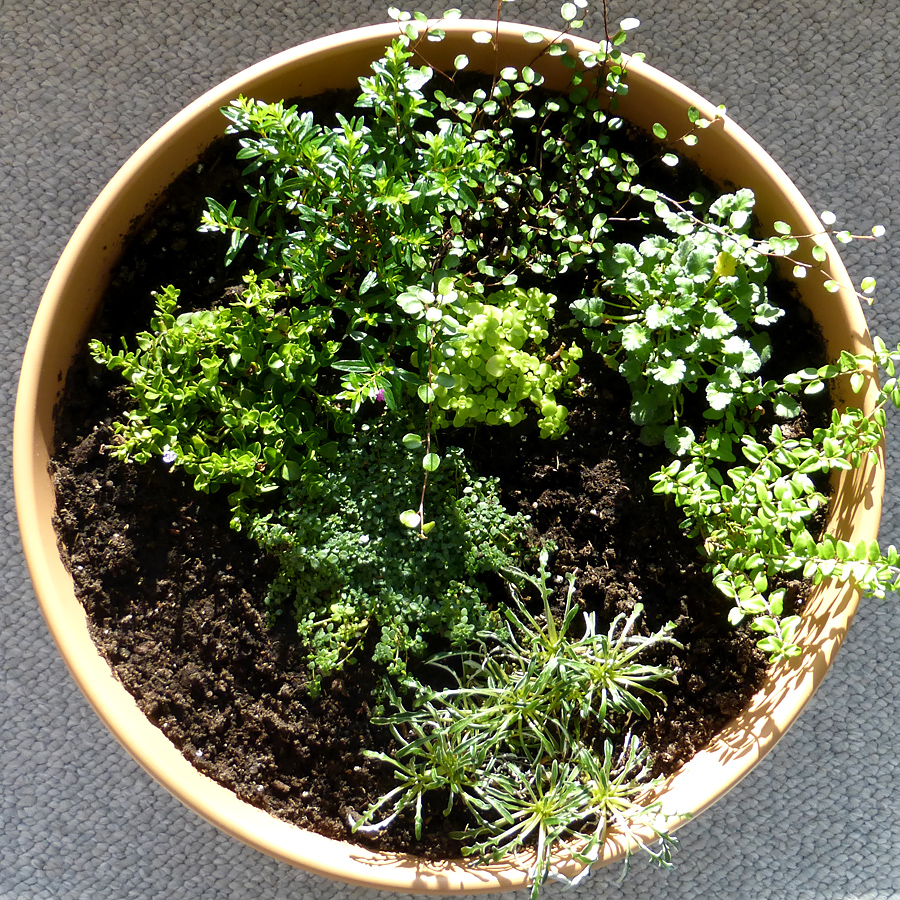 I started off with the black “large” furniture, but later I changed to a scale half this size.

For ROCKS, I used a piece of quartz that I found while walking. (I put it through my rock polisher.) And I had some ocean rocks from when I was on Vancouver Island. (They also were in the rock polisher, for a long time.) 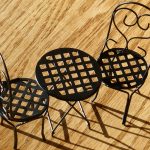 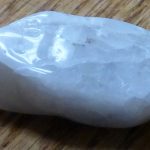 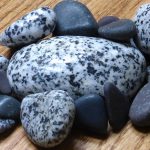 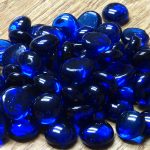 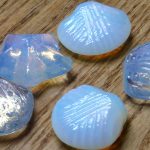 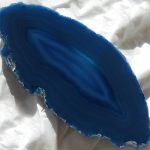 My fresh water POND is a blue agate slice that I bought at the Rock & Gem store in Whistler.

Once it was all put together, it looked like this: 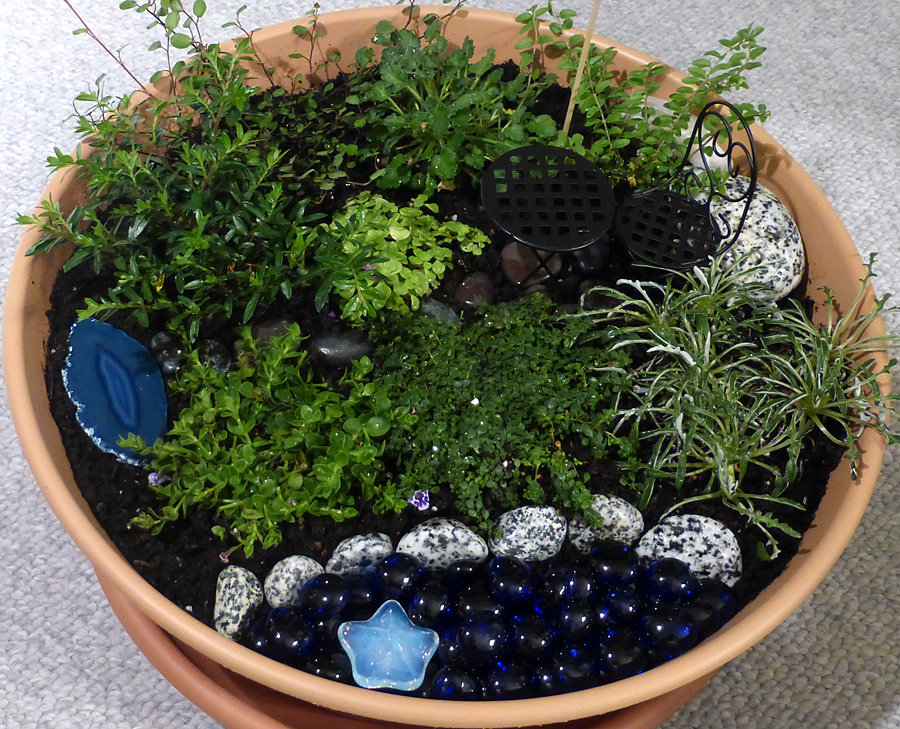 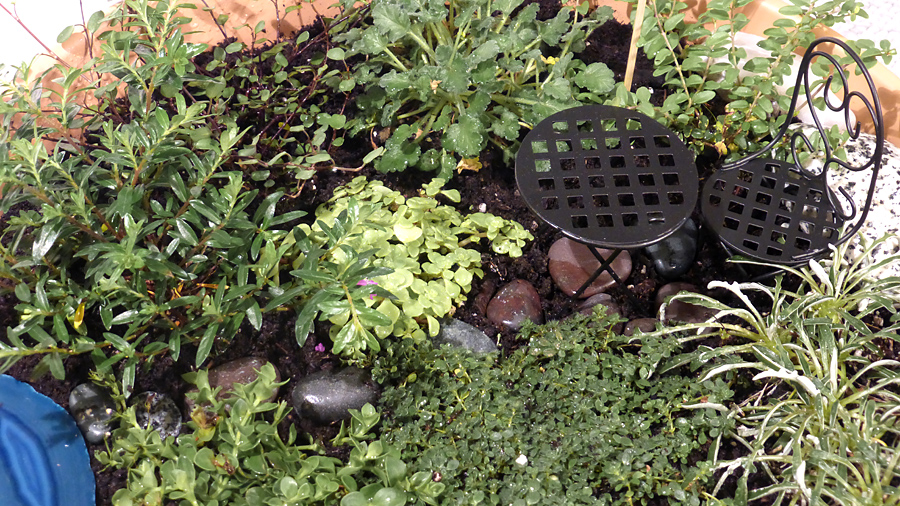 I needed some fairies too. This fairy garden is full of fairies, but you can’t see them because they are invisible.

By February, the garden was slightly overgrown. This shows the “half-size” furniture, which makes the garden appear so much bigger. 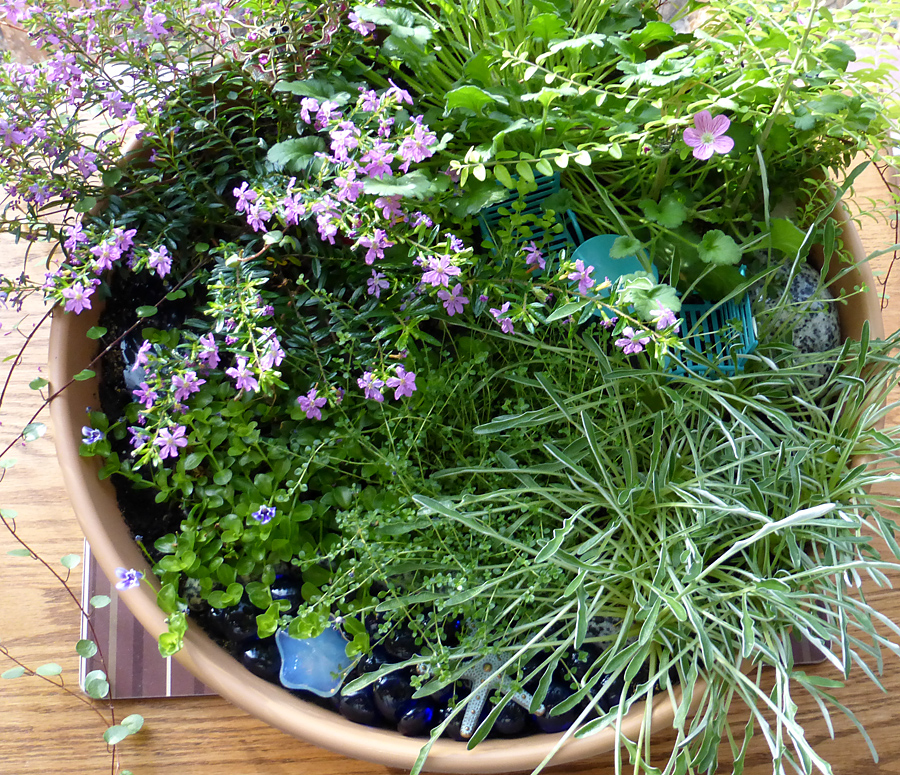 But there is still lots of room to sit and dream. 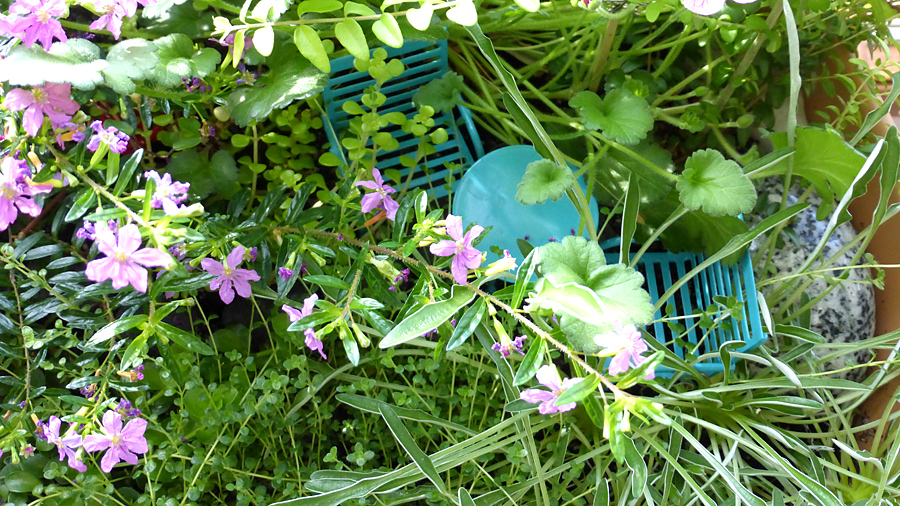 However, by early April, the plants are taking over . . . 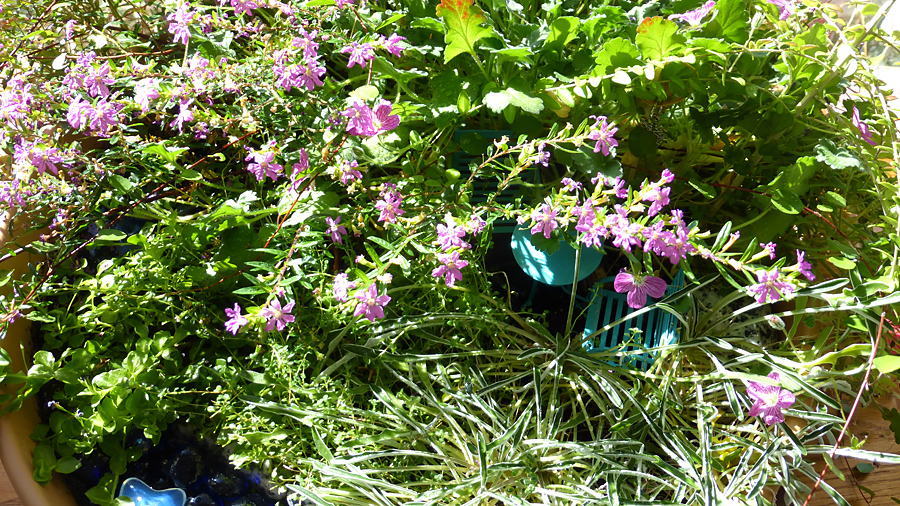 I should go in there with a machete. But I don’t have time. I’m working outside in a real garden now.

Anyway, I like the way the plants have grown. I make a cup of tea, sit by my garden, stare at it and try not to think.

That is when the Inspiration Fairies show up and help me out.