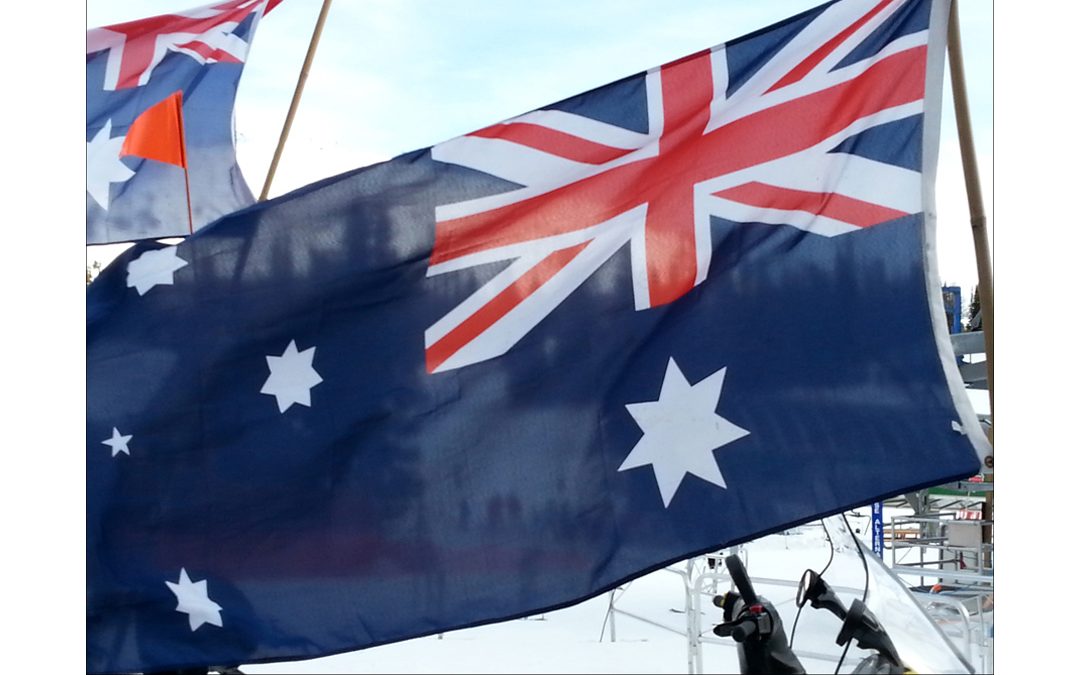 Yesterday we were skiing at Sunshine Village in Banff, Alberta, Canada. The snow was good. The temperature was mild. And the sun was out for most of the day with only a few cloudy stretches. As an added bonus, it turned out to be “Aussie Day”.

We boarded the high-speed 8 passenger gondola here, at the Bourgeau Parking lot. 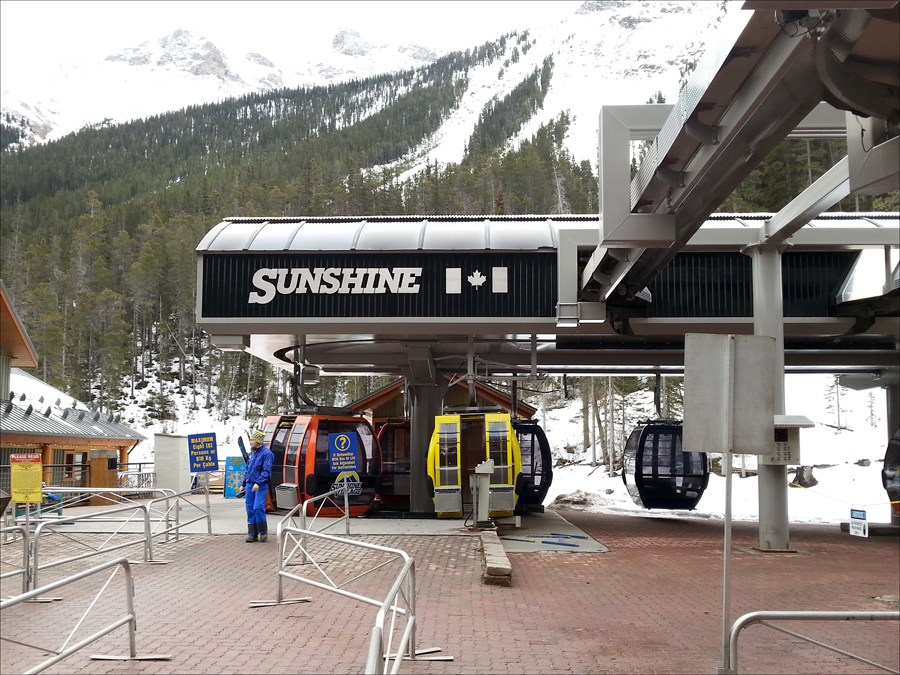 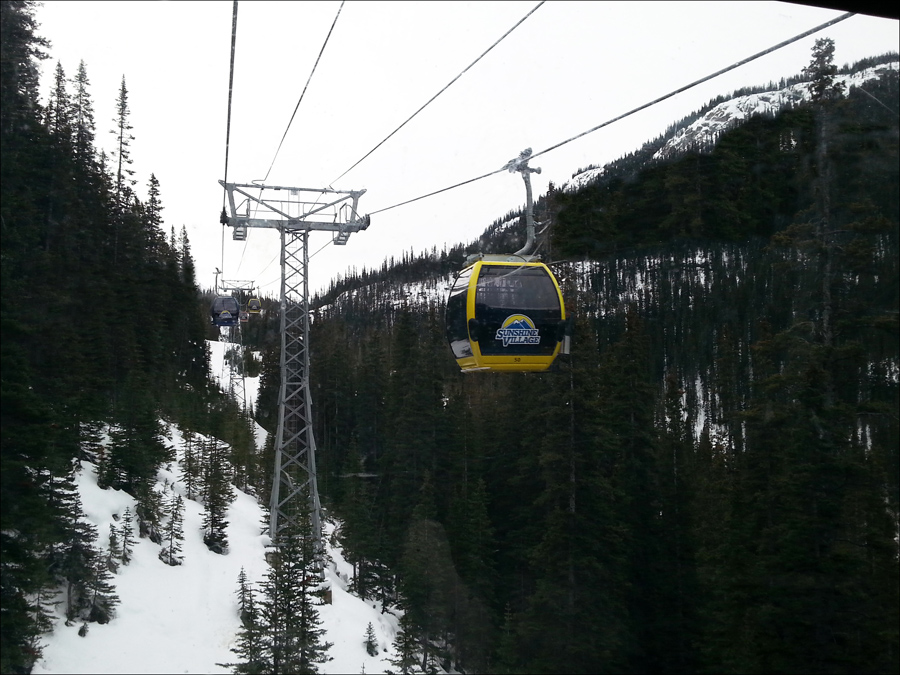 As we stepped off the gondola we saw this sign. 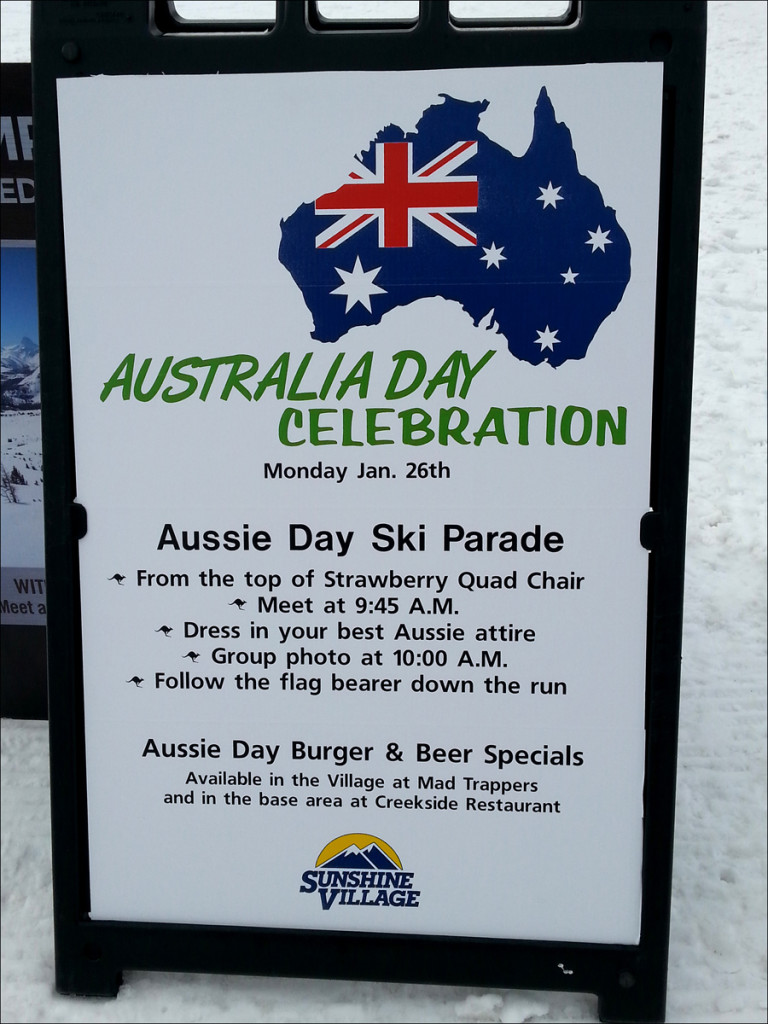 Australia Day, January 26, is the official national day of Australia. Sunshine Village staff are from many different countries. As well as Canadians, there are young people from the UK, Europe, Australia and New Zealand.

As part of the festivities for Aussie Day, there is a parade down Strawberry. We didn’t catch the parade, but we saw several costumed skiers on different trails. And since much of the Australian Aussie Day is celebrated at beaches down under, we saw a few Aussies skiing in T-shirts. A few brave fellows were shirtless.  Fortunately for them, the temperature hovered around minus 1 to plus 1 Celsius. It’s usually much, much colder in January.

This is a view of the Village from the Strawberry Face. 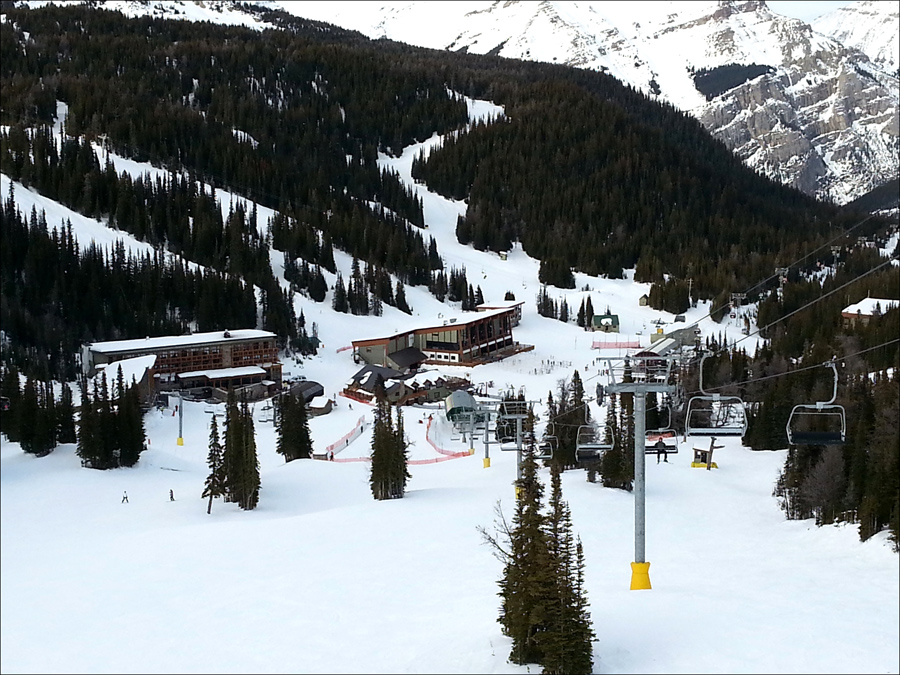 This is a view of Goat’s Eye Mountain from about the middle of Mount Standish. 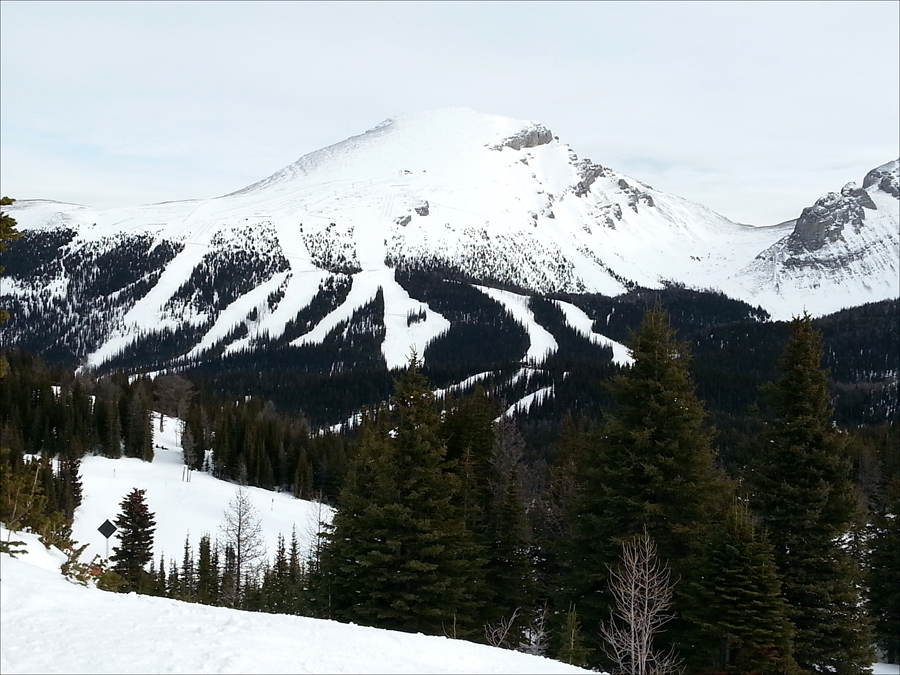 This is the high-speed quad, the Great Divide Express, at the top of Lookout Mountain, an elevation of 8,954 feet. 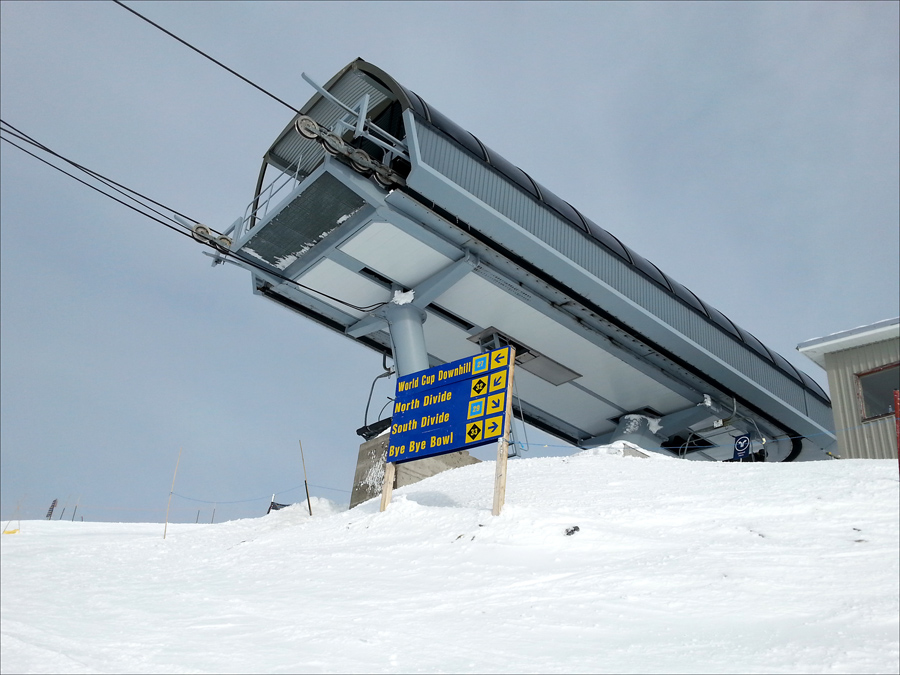 And this is a healthy lunch:
bread pudding and ice cream served at the Chimney Corner Lounge. 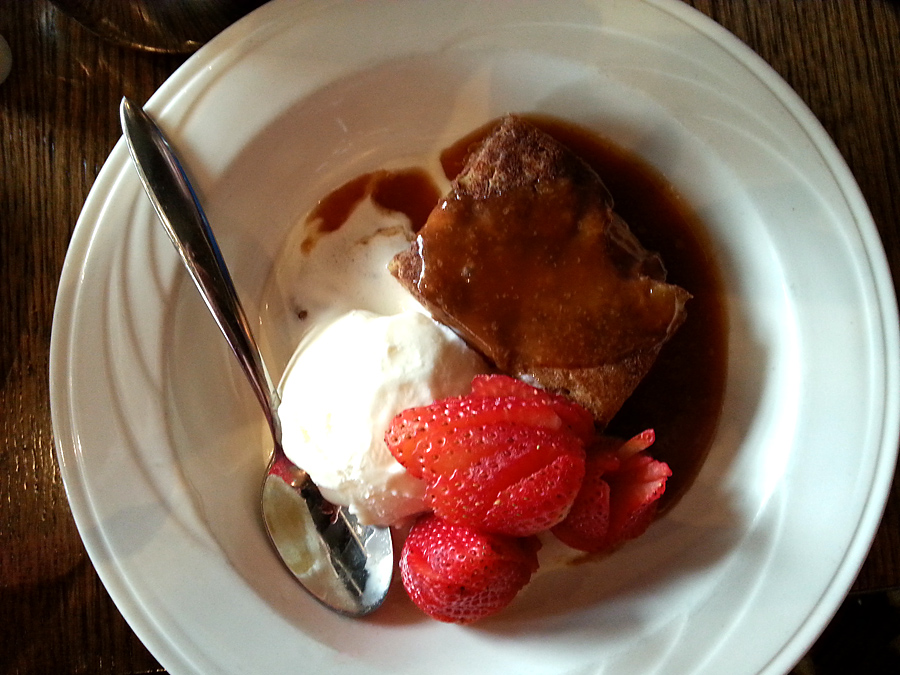 I hope all of our visiting Aussies had a good time on their day! 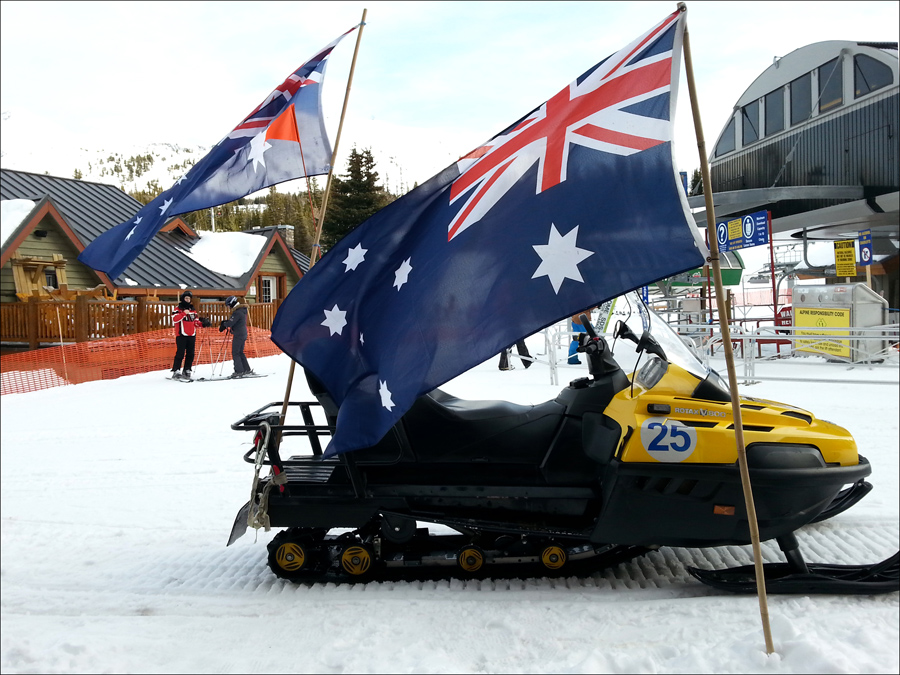