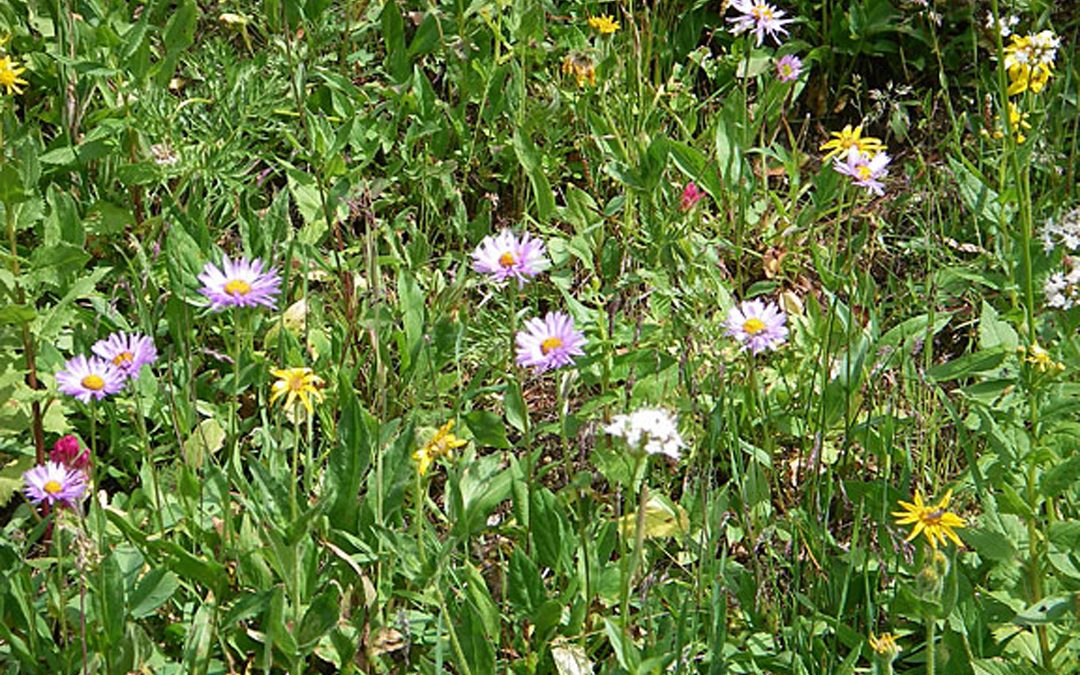 Last Saturday, we hiked the Sunshine Meadows trails which take you along the Continental Divide.

The Continental Divide is the dividing line or “backbone” of the continent.  On one side the streams will eventually drain into the Pacific Ocean; on the other side, they will drain into the Atlantic.  Since the Divide is the boundary between southern Alberta and southern British Columbia we can stand with one foot in each province.

The Divide is also a ski run in the winter.  For a short time, the chair lift crosses into British Columbia and a sign on lift tower #16 says, “Welcome to Beautiful British Columbia”.  The sign on tower #18 says,  “Welcome Back to Sunny Alberta”.  On cloudy days when the winds are blowing and the snow is flying, it’s a local joke.

Today, the weather is perfect.  At the base of the mountain, it’s about 26 degrees Celsius.  Up at the Sunshine Meadows, it’s a little cooler and there’s a breeze.

The gondola doesn’t run in the summer, but a shuttle bus leaves the gondola base station and takes us up the 6 km service road (the “ski out” in the wintertime) to Sunshine Village.  Part of the day lodge is open – selling maps, sunscreen, light snacks and t-shirts that say you hiked at the top of the world.

Rather than go up the Rock Isle Trail, we decide to do the whole loop (about 12 km) and begin on the Twin Cairns Meadow Park Trail which crosses Wawa.  It’s interesting walking the terrain we ski on in the winter.  We head toward the Monarch Viewpoint and eventually head back toward Rock Isle Lake. 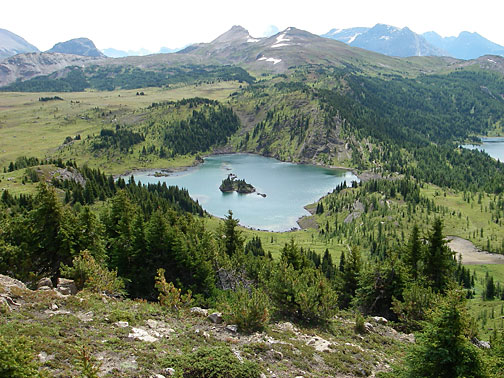 This is a little closer. 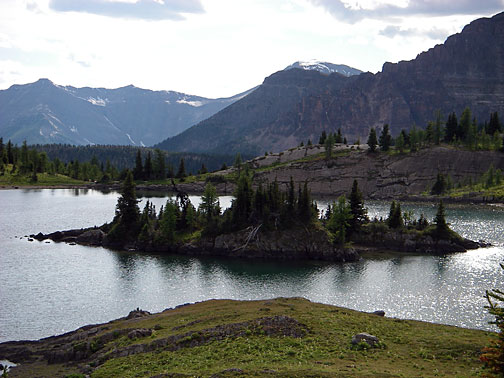