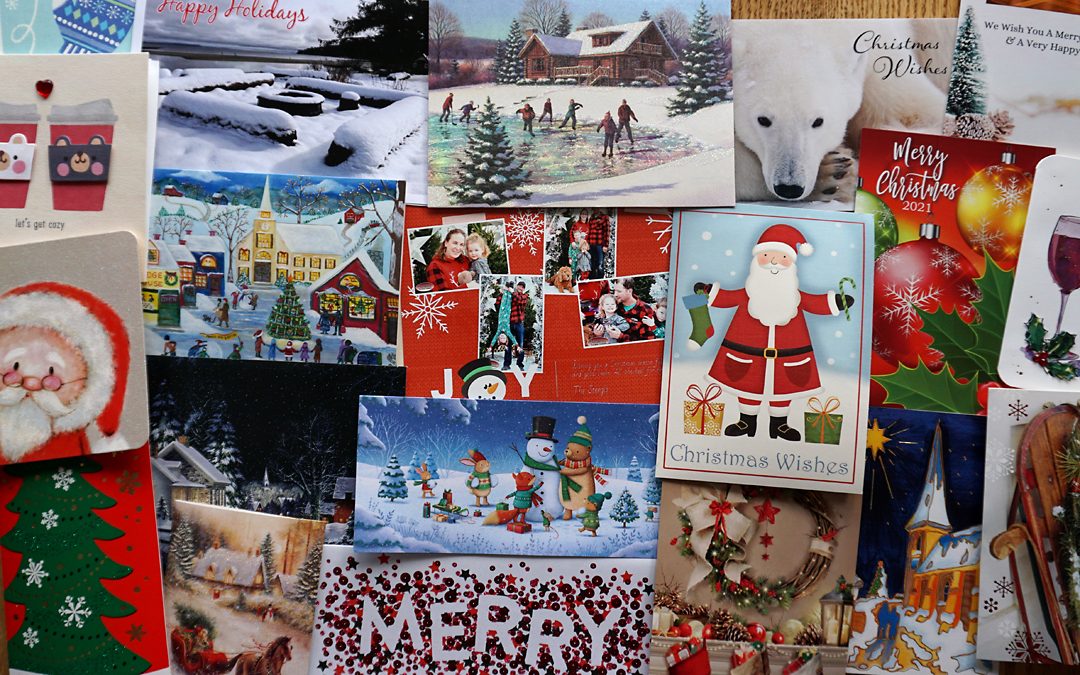 There was a time—a long, long time ago—when I used to get home from Wherever, and rush over to the computer. THE computer, because there was only one. THE computer was shared with my hubby and two sons.

I would turn it on, listen for the beeping and humming and whistling of the modem, and watch the little bar move slowly across the screen . . . until it finally (hopefully) said, “YOU’VE GOT MAIL!”

Those were the days of loving this technology.

Now, I avoid email. I have three accounts—one for personal, one for business and another as backup. I suppose I could delete that one, but I can’t bring myself to do it. Not just yet.

If I go back even further in time, to when I lived on a little farm in southwestern Ontario, I remember the Mailbox. No, not the InBox, but the actual metal mailbox sitting atop a wooden post at the end of the lane. The long, often muddy, sometimes snowed-in lane. On rare occasions, I GOT MAIL!

Those were exciting times. While I lived on the farm, I had three pen pals. (Not to be confused with PayPal.) A pen pal is someone you met in the classified ads of the London Free Press. If their little blurb interested you (it would be called an “elevator pitch” nowadays) then you could write to the magazine and they would forward your letter. After that, if you were still interested, you exchanged slow mail addresses with your pen pal.

I say “slow mail” but in those days, there was no other kind. I had a pen pal in France, another in Greece, and one in Regina, Saskatchewan. Saskatchewan is a province of Canada, a “prairie” province, also known as “the one in the middle” on occasion.  (Check your atlas.) (Or, more likely, GoogleMaps.)

At the farm, there was also mail in the form of birthday cards. And, at Christmas, there was a multitude of Christmas cards. They were strung on ribbons in the kitchen. I can still remember my mother, sitting at the kitchen table, writing notes in the cards she would send, and addressing each envelope in her beautiful handwriting.

One of the things about COVID is that we seem to be doing more Slow Mail. I got more physical Christmas Cards this year than I have in ages. Thank you very much! It seemed every day, there was another card in the mailbox. The actual mailbox at the front of our house.

In many parts of the city, we have Super Mailboxes. But we still have a mailbox attached to our house. Eventually, I suppose our neighbourhood will get Super Mailboxes too, since most of the stuff that arrives is not urgent—things like flyers, catalogues and “buy this” type of guidance.

You could pick up those items weekly. Or less often.

Or maybe not. In times of COVID isolation, maybe people will start using Canada Post more often. Who knows?

Do you get much Slow Mail? Do you remember a time when that was the only kind of mail? Do you have a Super Mailbox, or do you have a mailbox at your house? Do you think it’s amazing that for about one dollar—much less than the cost of a latte—you can send a hard copy letter or card from Victoria, British Columbia all the way across Canada to St. John’s, Newfoundland?