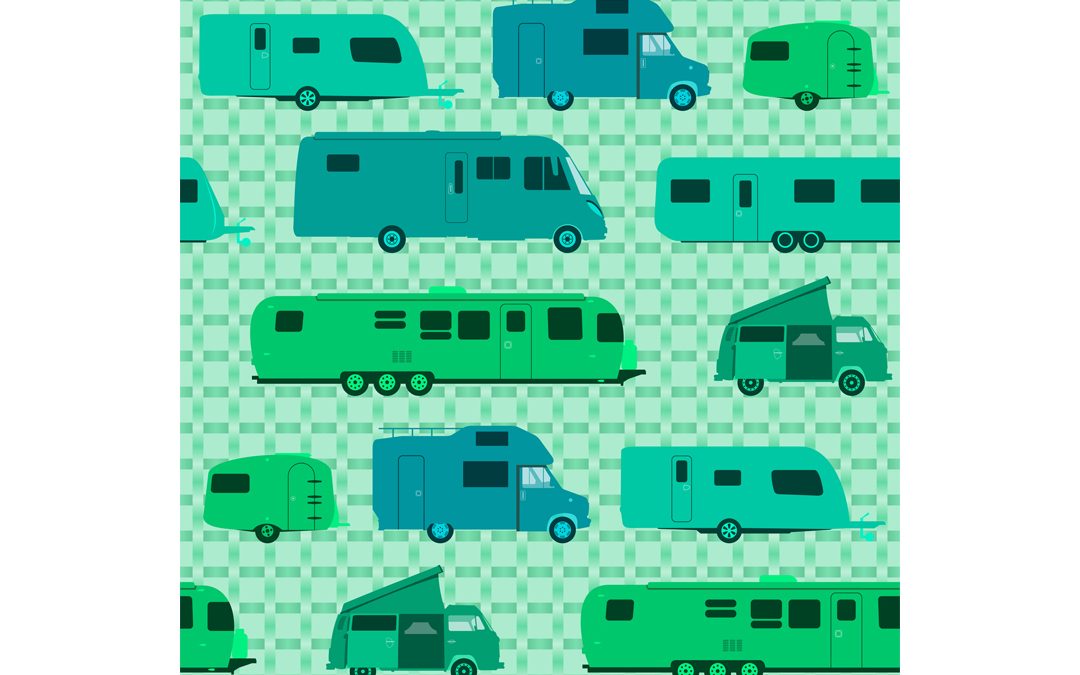 Yesterday, I went to the Calgary RV Show with author friend Amy Jo Fleming. I had been wanting to go, but I had been unable to convince Rolf it was a good idea. Since he’d already accompanied me twice, in previous years, he didn’t think much would change. That is, he didn’t think I would ever be able to make up my mind about buying an RV.
Since I still have the air cast on my right foot, I couldn’t drive myself.
And then I was having coffee with Amy Jo last Wednesday when she asked if I was interested. Definitely! Amy Jo and I are both in Dreaming Mode. We both dream about driving across Canada. And we both are wondering if an RV is the way to go.
When I say “drive across Canada”, I mean from Alberta to Newfoundland. I’ve already driven as far west as Tofino on Vancouver Island. Several times.
According to Wiki, a recreational vehicle (RV) is the term for a motor vehicle or trailer “equipped with living space and amenities found in a home.”
The first decision to make is: a trailer or a motorized version?
Trailers come in all sizes. If the trailer is light, your car or SUV might suffice for pulling power.
We saw a hard-sided “pop up” and watched as the salesman quickly closed it up and reopened it. All in a matter of a few minutes. You’d hardly get wet if it was raining.
But, if the unit is heavy, you would need to buy a truck. If you already have the truck, there is one less decision to make.
Our CRV could pull a light trailer. But then I worry about the potential wobble of a trailer when you are driving. Apparently, there are hitches that reduce the wobble so that it’s like you are all one unit. And then, with a trailer, you have the convenience of detaching the trailer in the campground and going off with your vehicle for hikes or groceries.
But, if you are traveling through hot weather with a trailer, you cannot simply pull over for a snack or a nap. At least, not without turning on the AC to cool the unit off first.
If you want something larger and heavier, and don’t have the truck to pull it, then you might want the “motorhome” which can be anything from a camperized van to the huge Class A motorhome.
The general breakdown for motorhomes is, in order of size, Class A, Class C and Class B. (I wonder who comes up with these designations?)
There are other options, like:
No. Not for me.
And then there are various sized truck camper toppers. Again, you need a truck. Obviously.
I suppose my first decision is not really trailer or motorized. The first thing I need to know is:

What do I want it for?

The Class A would suit a winter relocation to Arizona.
Summer camping in the Alberta parks might be better served with the smaller Class C, especially for getting up narrow winding roads.
But if I want to drive across Canada – spending time on the road and in the campground – then I want something aerodynamic and still somewhat roomy. Is it possible to have both?
The big fear Rolf has is that he will be stuck in the unit for hours on end, driving off into the distance. You might as well fly to Newfoundland, if you want to go at all. He would really rather be on a bicycle. See www.rolfstengl.com.
Travelling with Rolf is much like spending time with that character on American Pie who was always talking about how great band camp was. She started every sentence with “In band camp…” With Rolf, every sentence starts with “When we were bicycling…”
Last summer, we sat on the tarmac waiting for four hours for the lightning alert to be lifted before we could takeoff. Rolf said this is why he bicycles.
There is no doubt a compromise between travel time and parked time. And time when you are not on your bicycle. I may never figure it out. But if I had to choose right now, I would go with the Class B.
This is the Gemini from Thor Motorcoach. 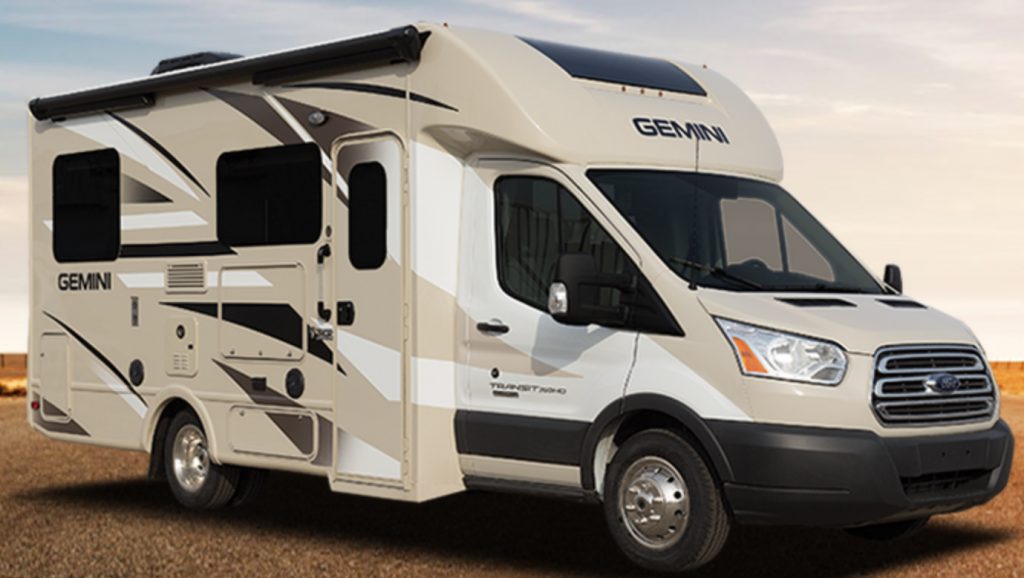 I like that you can get in bed from either side. Often, in these compact motorhomes, the bed is arranged so you have to crawl over your partner to get to your side. I also like the big sky light that shines over the table where I might sit and write. There’s a fair size bathroom and even a shower, although I think campground showers are just fine.
My big beef? The television. I mean, televisions, plural. There’s a screen in the bedroom, one across from the couch, and, one outside. You lift a hatch, and there is a television!
Really? I would use that room in the outside hatch to store my camping propane stove. I’d set the stove on the picnic table and cook my bacon and eggs out there.
And, inside, I need a little shelf for my traveling library. I would bring several Mary Stewart novels, some Lee Child and William Deverell mysteries, the Complete Adventures of Winnie the Pooh and the Chicago Manual of Style. And maybe some copies of my own books to leave along the way.
All in all, Amy Jo and I had an excellent time touring the RV Show. We debriefed at the Lazy Loaf & Kettle over sandwiches and coffee. And we did some more dreaming.
Do you own an RV? Have you ever rented one? What kind? Motorhome? Trailer? Fifth wheel?
What books would you bring along for your traveling library?
RVs from www.Depositphotos.com #20098003_l-2015
Class A motorhome from www.Depositphotos.com #6059633_l-2015
Class C motorhome from www.Depositphotos.com #104701412_l-2015
Class B motorhome from www.Depositphotos.com #10949868_l-2015
Class B motorhome, Gemini from www.thormotorcoach.com