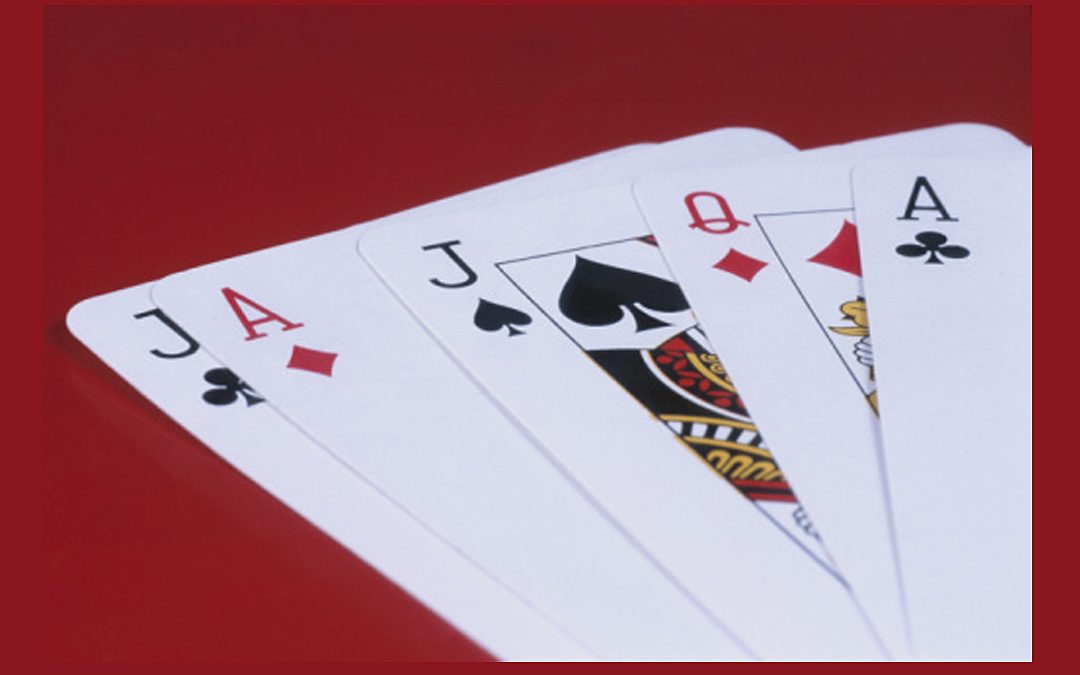 Last week I told you about taking my sister Rolie to Banff. Since then, she has continued her Western Canada trip. First, she flew to Edmonton (north of Calgary) and from there, she flew eastward. Her next touchdown was Regina, Saskatchewan where she visited with our 85-year-old Aunt Net and a whole bunch of cousins.

I joined her in Regina on Friday and just got back to Calgary yesterday. Rolie and I spent a lot of time looking at old photos, drinking tea, reminiscing and playing euchre.

This is a card game played by four people —

You each have a partner who sits across from you. You use a regular deck of cards but only the nines, tens, jacks, queens, kings, and aces, so 24 cards. Each player is dealt 5 cards, which means 4 should be left after dealing. Set those 4 on the table, turn up the top one and now we go around the table and decide if it will become “trump”.

I won’t get into all the details, but suffice to say that there are different rules depending on where you are playing.

According to cousin Ted, the game has been in North America since the 19th century when it was played everywhere. It’s not so popular anymore, but it is still very popular in Ontario.

Since Aunt Net migrated from Ontario to Regina, Saskatchewan —

The game has become popular there, at least among my cousins. And a game is usually played every Sunday night at Ted’s house.

Each night after supper, we cleared away the dishes and got out the cards. Rolie always partners with Aunt Net when they are in the same city. And they usually always win. I think it’s something about “cross-talk” or the hesitation over picking up a card to make it “trump”. Often partners develop a set of signals. This is just conjecture, of course, because anything like that would be considered cheating.

At any rate, win or lose, playing euchre with Aunt Net is always a good time.

I played on Friday, Saturday and Sunday nights and I was partnered with different people. My second cousin Sarah was a great partner, and teacher. I need teaching because I don’t play a lot. (We are still introducing the game to Alberta where I live.)

Have you ever played euchre? Do you have a favourite card game? Do you like clearing away the dishes after supper and dealing a few hands?

Excellent euchre hand with clubs as trump from photos.com # 87461402