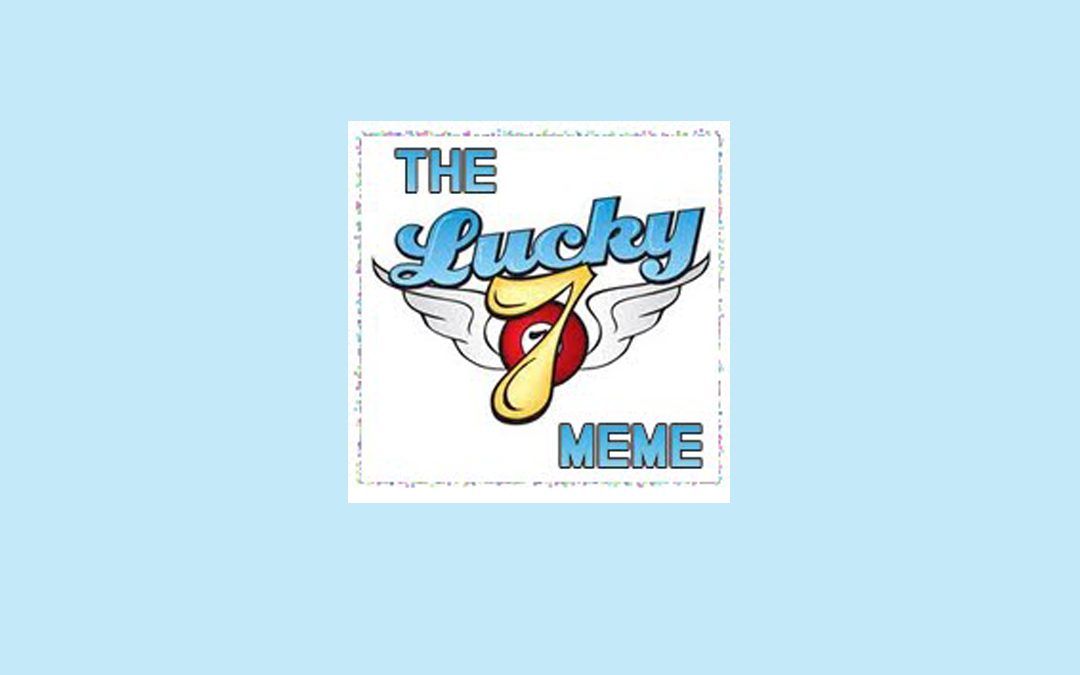 You may ask, what’s a meme?
From Merriam-Webster: an idea, behavior, style, or usage that spreads from person to person within a culture.

Whatever it is, I think it’s fun.

Last week, my friend Lorraine Paton tagged me in The Lucky Seven Meme. Lorraine is the person who taught me about using PowerPoint slides to do “index cards” for my story. You can read parts of Lorraine’s WIP, Silver Linings, on her blog. And drop by on Sundays for her Six Sentence Sunday.

Here is how The Lucky Seven Meme works:

Post seven lines from an unpublished work of fiction by following these rules:

*~*~*
“You have to look at me,” Gaven said. And now besides being calm and kind and reassuring, there was a touch of humor in his voice. Or, maybe she imagined it.
“Watch my eyes.”
She did. Trying to project an image of confidence. Noticing, for the first time, the deep brown of his eyes.
*~*~*
Next week, you can read the opening scenes here.
I’m tagging the following seven writers. They all have blogs and they all have published with Bandit Creek Books.
DL Snow

One of the first stories in the Bandit Creek series is a time travel, SIREN’S SONG. The story conveniently introduces present-day Bandit Creek and historical Bandit Creek. DL has also published the Thief of Hearts series—a new version of the Robin Hood story, only this time Little John is a woman.

Amy Jo Fleming
I have borrowed some of Amy Jo’s characters from DEATH AT BANDIT CREEK. She writes in 1911 and I write 101 years later. Amy Jo’s story is about a young schoolteacher coming to teach in the one-room schoolhouse in Bandit Creek. We also find out about the flood that destroys historical Bandit Creek.

Lawna Mackie
Lawna is a paranormal/fantasy writer who has published one of Bandit Creek’s Christmas stories, QUINN’S CHRISTMAS WISH. Lawna is also published with MuseItUp Publishing.

Michelle Beattie
Michelle writes “Strong women, proud men and the adventures that bring them together.” Her Bandit Creek book, HEART OF MINE, is a historical western. Michelle is also the author of a series of Pirate stories from Berkley.

Brenda M. Collins
Brenda’s WITCH IN THE WIND is a sweet paranormal romance. Brenda is just beginning her blog so I’m sure we’ll see her pick up the Lucky Seven Meme soon.