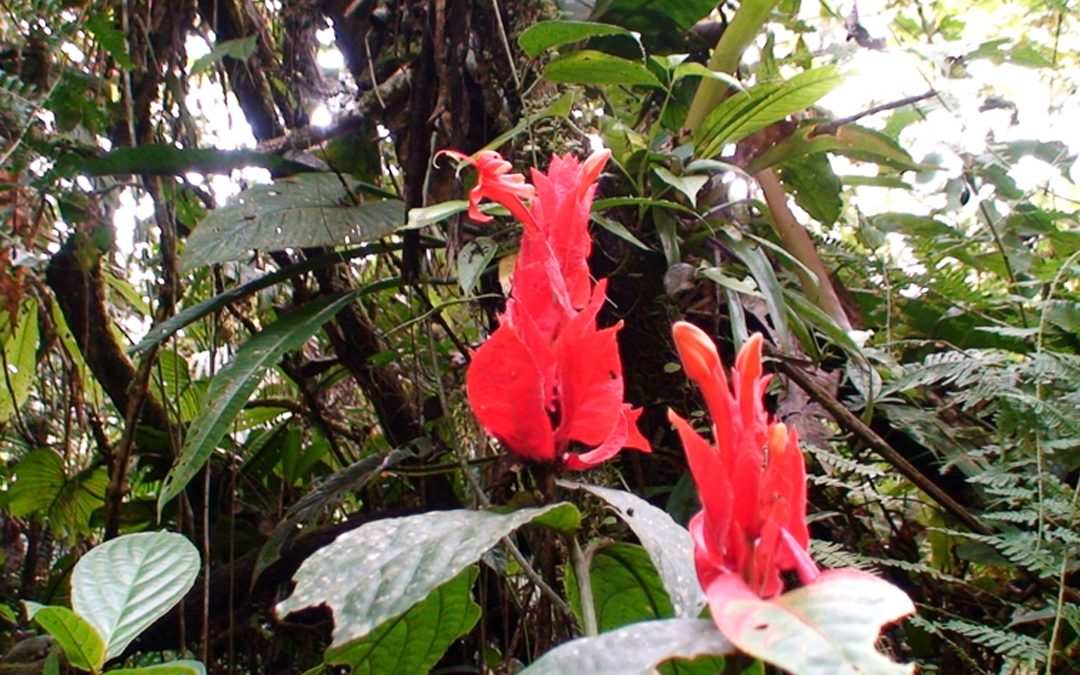 The story of my 2007 Ecuador adventure continues. This is a letter I wrote home after our two weeks in the Galapagos and our one week in the jungle.

The Galapagos Islands are incredible. I knew they would be. I just didn’t know the heat would be so much. Getting back on the plane for Quito was wonderful. 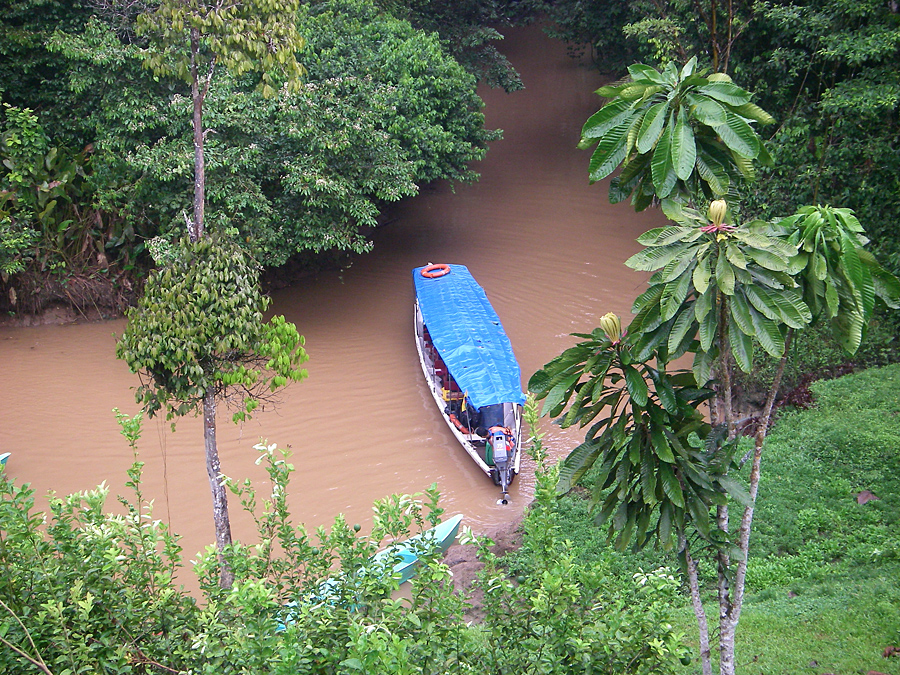 The Napo River to the Jungle Lodge

We spent less than a day in Quito, and then flew to Coca, where we took a 45-minute boat ride down the Napo River to the Jungle Lodge. This was also hot, but only 29 degrees Celsius (in the shade) and there was major humidity. Very nice for your skin. I did a few jungle walks with the naturalist before I gave up. 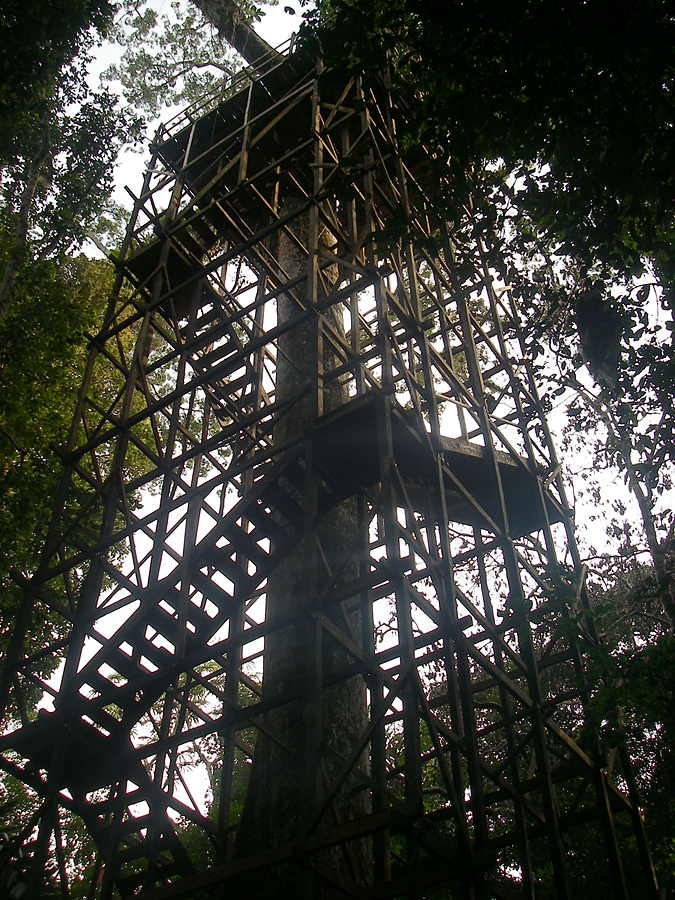 Observation tower in the jungle 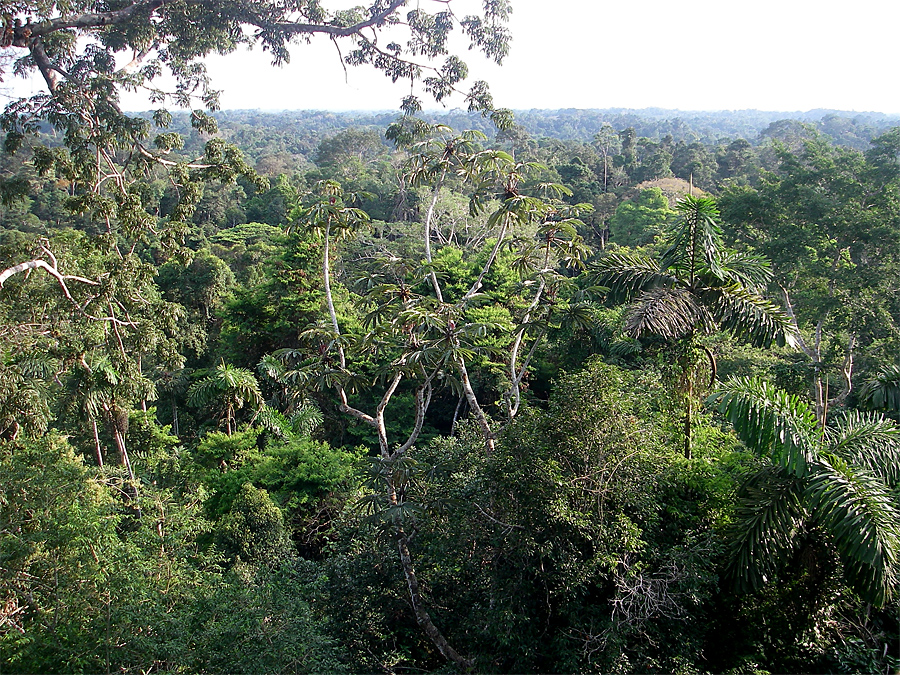 View from the tower

I think my stomach reacted to the Malarone (for malaria) or maybe it was just the heat. I don’t do heat well. That was me, lying in bed at night, with my ankles sweating, while I listened to all the interesting jungle noises, the cicadas, the frogs. One frog sounded like a construction vehicle when it’s backing up. 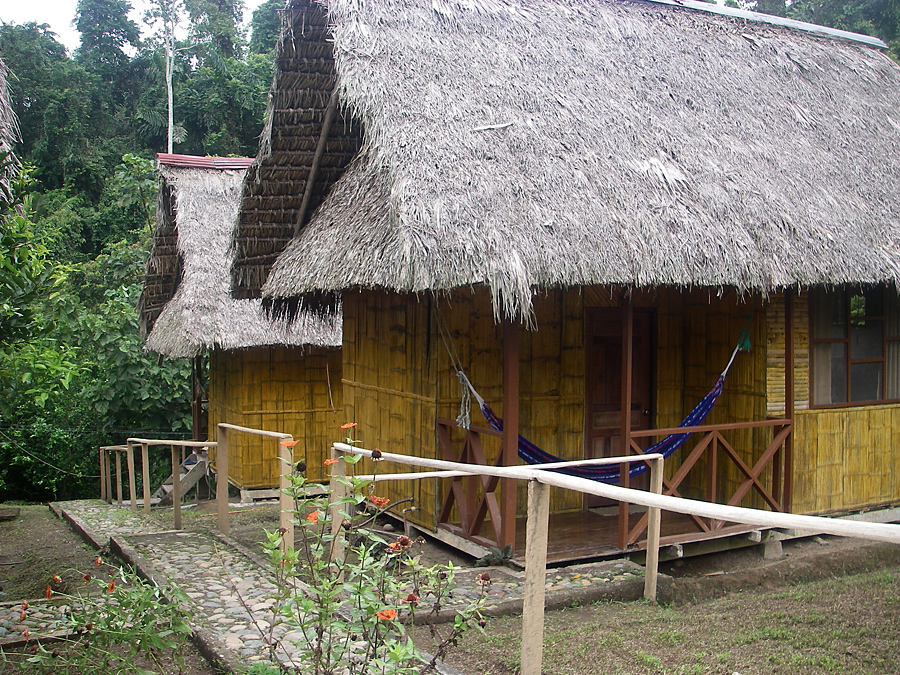 Our cottage for sleeping

We were at the Jungle Lodge for seven days, and for five of the days, we did Spanish lessons. And we slept a lot. The heat and humidity make you very sleepy. 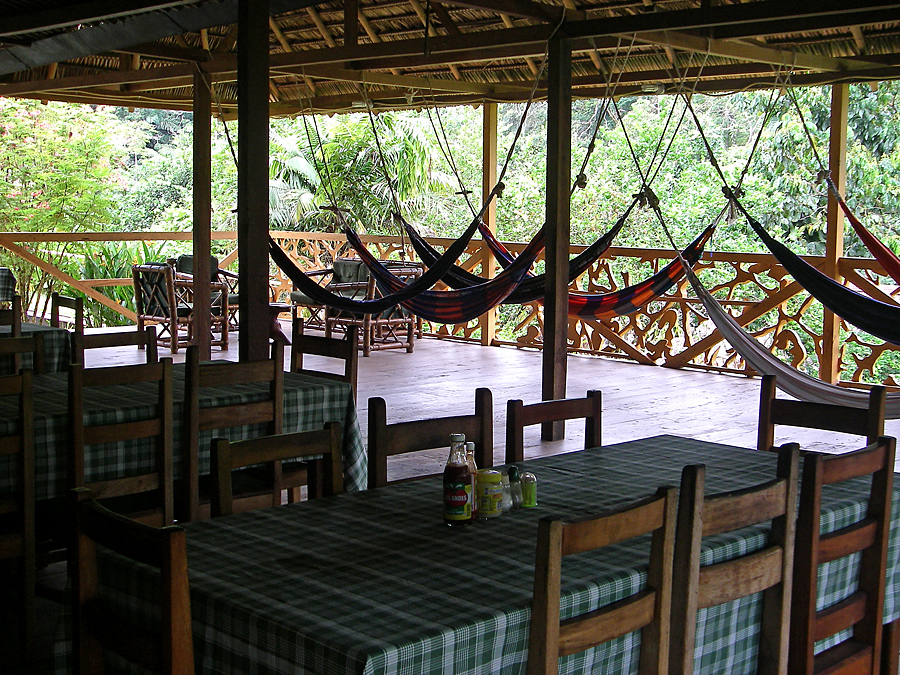 One day we visited a Chechua home. More culture shock. I find I don’t do culture shock well. I have decided that there are two kinds of people in the world: travellers and non-travellers. I am a non-traveller. Though, I have to say you don’t often get to watch your Chechua guide reach into a swamp and pull out a crocodile. And damn, me without a camera. Esta es la vida. 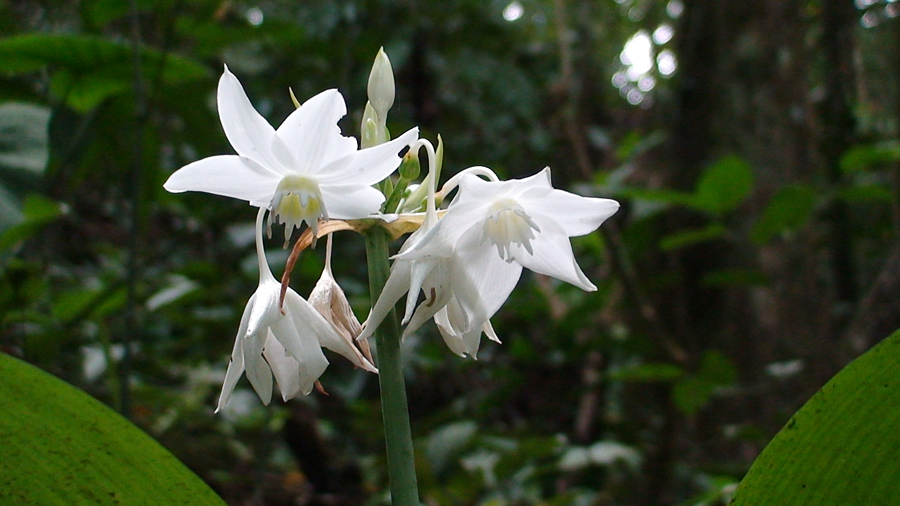 We returned to Quito yesterday, and we leave again tomorrow. Somehow we keep bumping into people we have met before. It’s that kind of place. 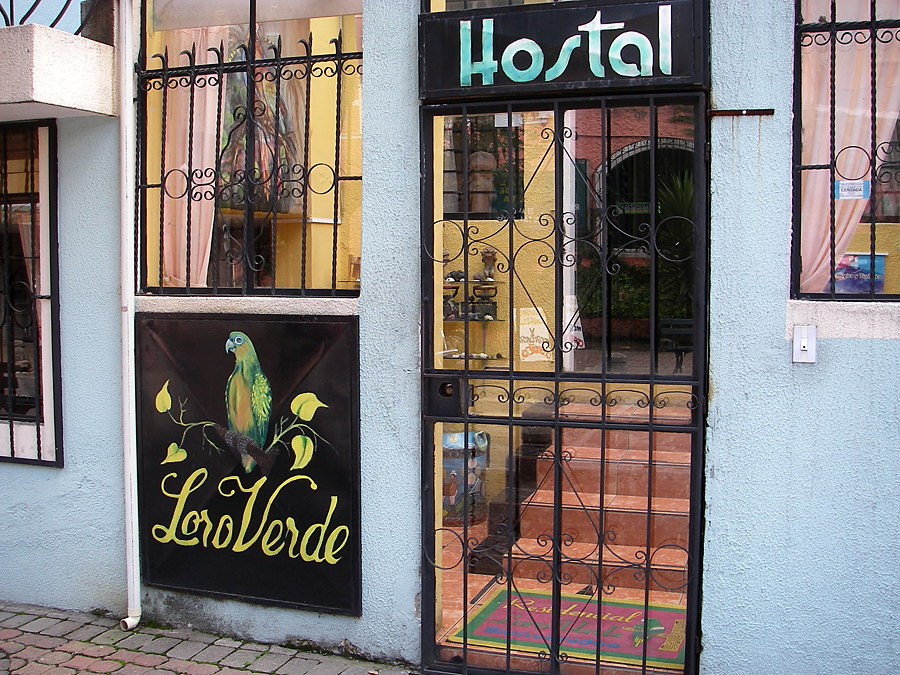 We stayed at Loro Verde.

In Quito, you can sleep. Last night was the best sleep I’ve had in three weeks, with the temperature under 20 degrees Celsius. It was heaven. And my stomach is starting to feel semi-normal.

Today, we did errands. First we found a shoe repair, and got Rolf’s sandal fixed, and his back pack mended. While waiting, we talked to the guy who was polishing shoes. This started in Spanish. Then the guy started using English. Rolf spoke Spanish and Bradley spoke English. Bradley was born in Los Angeles, of American dad and Ecuadorian mom, but he likes living here. Part time he works in the shoe repair place, polishing, and part time he works as a guide at the Explorers. He asked us where we were from. Alberta, I said. He knew of the place because, he said, Alberta is where the Titanic sank. He told us he knows all this stuff because he reads Watch Tower magazine, and then he began telling us about the Jehovah Witness. Rolf didn’t mind because he was getting Spanish practice. The backpack and sandal were repaired quickly, and all for $2. Rolf tipped the guy a quarter, for being so rapido.

After that we headed for the school, La Lingua, to pick up our certificates for doing 100 hours of Spanish. We had lunch with the director and her husband, and that took about three hours. Time moves at a different pace here.

Now, we are at La Sala, using the computers. It’s about 6:30 and time to decide on a restaurant. I’ll find Rolf and see how he’s doing with his emails.

Tomorrow, it’s the bus to Cuenca, for eight hours. I can’t say I’m looking forward to it, but apparently there is this incredible scenery that needs to be seen. I have seen so much incredible scenery I just don’t know if I have room for more. Hopefully, the bus won’t fall off the cliff and I will be able to write more emails. This bus trip is, I think, the last major adventure component of the trip. We will take another shorter bus to Vilcabamba and then fly back to Quito.

Oh yes, now I remember. There is one more adventure after this. We will do our last week in Baños, where Tungurahua is smoking. The volcano has not blown up for about eight years, and if it does while we are there, hopefully the wind will be blowing the right way.