How do you organize your DVDs? 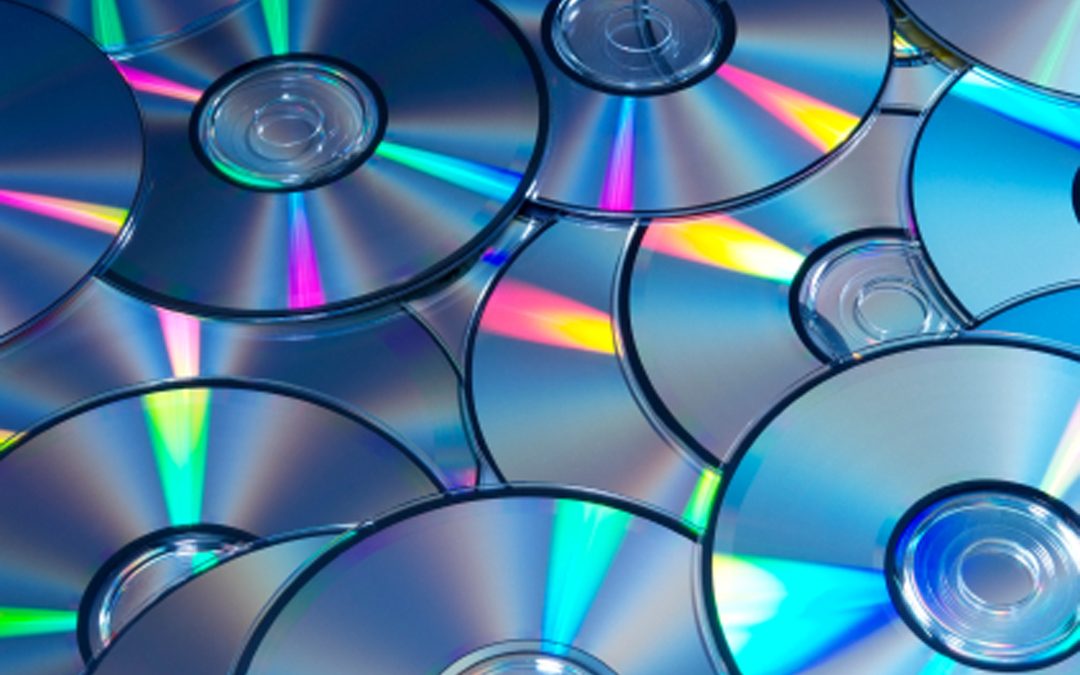 If I was in charge of our library of DVDs, I would organize alphabetically. But I’m not in charge. My husband is, and he’s come up with 11 categories.

Action Adventure
Christmas
Comedy
Drama
Fantasy
Foreign
Music
Mystery Thriller
Romance
Sports
Western
Within those 11 categories, he alphabetizes. The problem is, many titles overlap categories. Not only that, some categories are not represented.
What about the times you want to watch old movies?
The 1938 Robin Hood is filed under Action Adventure.
Casablanca and The African Queen are under Drama.
What about comic book movies?
Iron man is under Action Adventure and The X-men is under Fantasy. I wonder where he’ll put Spiderman when we get it?
Fantasy contains
I Robot, Lost in Space, Matrix, Men in Black.
But NOT Independence Day, Jurassic Park or Terminator. Apparently those movies are not fantasy. I have to search for them in Action Adventure.
Christmas seems straightforward, right?
A Christmas Carol, National Lampoon’s Christmas Vacation, Miracle on 34th Street.
But guess where he’s put Die Hard and Love Actually? Yes, in Christmas.
One of my favourite movies is Love Actually, defined on the Internet Movie Database as “comedy, drama, romance” and he’s filed it in Christmas. No wonder I couldn’t find it.
The Sports Section
has Hoosiers, Rocky and Shaolin Soccer. Fair enough.
It’s also got Bend It Like Beckham (comedy, drama, and, to me, romance) and Blue Crush (sports, but also drama & romance.)
And what about The Replacements? That’s in comedy. But the IMDB also calls it sports, and, for me, it’s also romance.
Westerns
are pretty much Westerns, though they could pass for Drama.
3:10 to Yuma, Cowboys, Fistful of Dollars, The Searchers.
Music
has The Blues Brothers, Hair and The Lion King. But that’s also where you find Patrick Swayze’s Dirty Dancing (drama, romance), and, get this, that’s where he put Mamma Mia! (comedy, musical, romance). I love that romance.
Romance
This is My Section and this is where you find Enchanted, Ever After and Sleepless in Seattle, as well as many others. But some of my favourite romances are hiding in other sections.
Knight & Day, Mr. & Mrs. Smith, and Sahara are all filed under Action Adventure. Those three movies also pass as comedy.
Titanic is in Drama. Speed is in Action Adventure.
And my favourite comedy of all time? Where did he put Stranger Than Fiction?
In Drama. IMDB calls that one comedy, drama, fantasy. I call it Comedy with a Capital C and, hey, it’s even got Romance, but then, being a romance writer, I could probably find Romance in a lot of things.
At least he hasn’t broken out DVDs from Blu-Rays. They are happily all mixed together.
And, unlike John Cusack’s character in High Fidelity, he hasn’t organized them autobiographically, by date of acquisition.
How do you organize your movies? Can you find what you’re looking for? What do you think of straight up alphabetization?
photo from istockphoto.com #0000147951