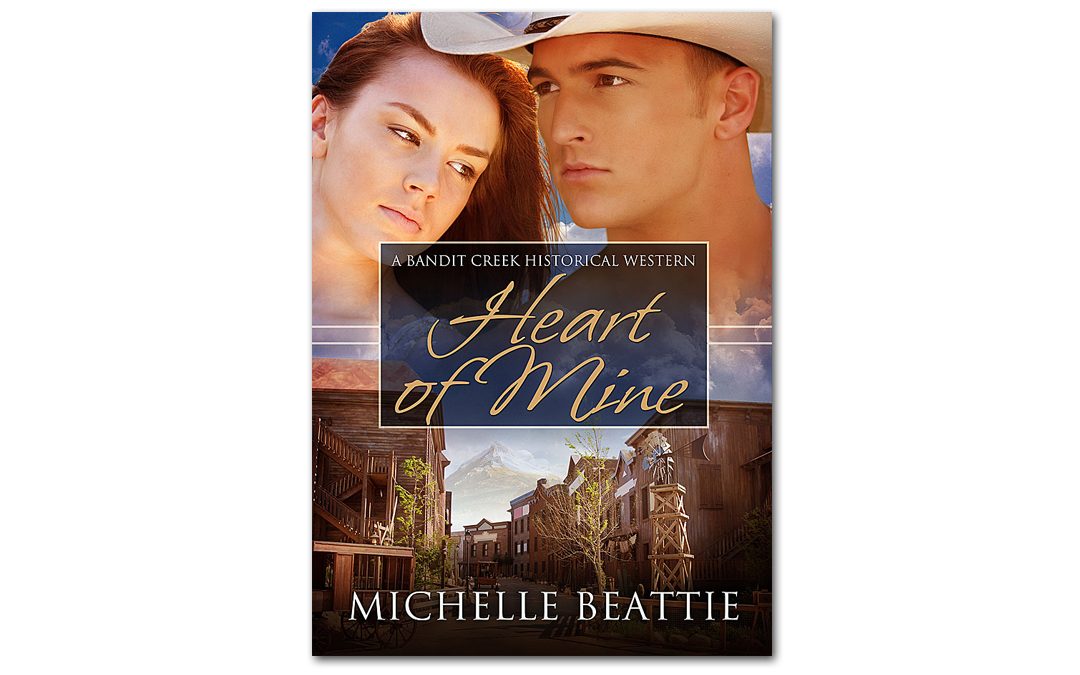 I fell in love with Michelle Beattie’s Pirate series from Berkley. Now she’s writing historical westerns. And, she’s writing for Bandit Creek. This Sunday, the multi-pubbed author presents a Bandit Creek Historical Western, Heart of Mine.

Here is Michelle’s synopsis of the story:

To avoid a forced marriage, Laura Gibbs has little choice but to go along with her controlling father’s plan to deceive a man she’s secretly loved for years. Scared and alone, she lies next to a drugged and sleeping Jake, knowing fully well the position she’s putting him in.

Jake Evans has been burned in the past and has learned the hard way that nobody is interested in him, only his money. So when he wakes to find Laura in his bed, he’s convinced that she’s yet another in a long line of women who only wants his share of the gold mine. A fact soon confirmed when her father storms in the room and demands Jake make an honest woman out of Laura, lest he be charged with rape and hanged. A bitter Jake agrees, but vows that money-grubbing Hugh will never see a cent of his money.

As Laura gains freedom from her oppressing father, she also gains courage. Determined to make a real marriage with Jake, she refuses her father’s demand that she steal from her husband and instead concentrates her efforts on showing Jake the kind of woman she truly is.

Despite Laura’s deceptions, Jake can’t deny his attraction to her. With the sexual awareness building and sizzling between them, Jake begins to believe that he’s finally found the woman for him.

But trouble is brewing. Hugh is drowning in gambling debts and seeks drastic measures that won’t only risk Laura’s and Jake’s marriage, it’ll threaten her very life.