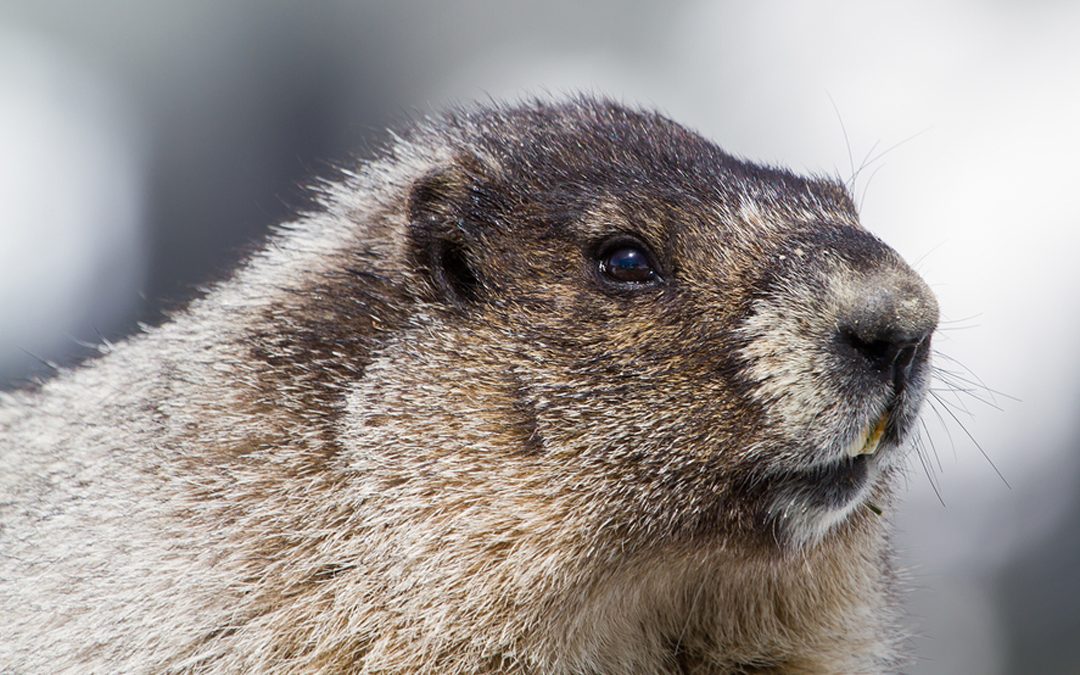 Our groundhog is a hoary marmot.

Yesterday was Groundhog Day. On February 2, the little guy wakes from his hibernation and ventures out of his burrow to check out the world. Legend tells us that if he sees his shadow, he is frightened and rushes back into his burrow to sleep for another six weeks. And it means we will have six more weeks of winter.

Yesterday, however, was cloudy and snowing and minus 15 Celsius, so there was no shadow for the groundhog to see.

Also yesterday, on Groundhog Day, my son and his wife were waiting out a blizzard at the airport in Kamloops, BC. One plane had circled the airport for a time, and then had to go back to Vancouver. Their flight was two hours late but they made it home to Calgary. Except for needing to be back at work, it might have been nice to have all that fresh snow and another ski day.

I don’t know what to think of the groundhog’s prediction. Or the marmot’s. Six more weeks of winter is what we get anyway. In Calgary, it sometimes snows in June. We’ve had heaps of hail in July. And September often has an early snowfall. In fact, you could say, we have 9 months of winter and 3 months of poor skiing.

The other thing Calgary has is the Chinook.

The Chinook is caused by the wet winds coming from the Pacific, cooling as they rise over the Rockies (dumping snow where we ski) and then dipping down the eastern side of the mountains as a warm, dry wind. The temperature can fluctuate from minus 15 to plus 15 in an hour.

So while we thank the little groundhog for his announcement of an early spring, it doesn’t make too much difference to Calgary. Right now it’s minus 16 and snowing lightly. Tomorrow it’s clear and above zero. And all that snow is dumping in the mountains to the west of us.  Notice how this forecast bounces around.

Do you live in the Chinook belt? Do you appreciate the spring-like temperatures in February? Or would you prefer a more even winter without all the melting and muck brought on by the warm winds?