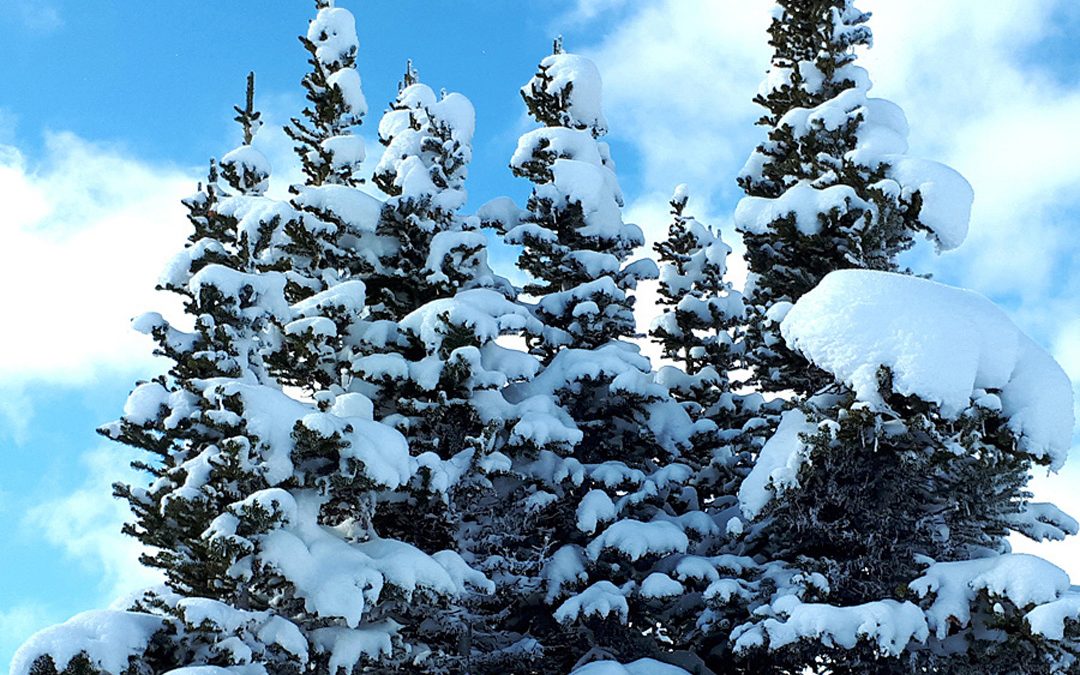 I have since learned that the 21st is close to the astronomical calculation, but the 21st is not always the first day of the new season.

In Calgary, with snowbanks everywhere, it still looks like winter even though yesterday was the last official day of winter.

Yesterday, we drove to the mountains to ski at Sunshine Village. It’s not spring there either, although the temperatures are warmer than they were in January. The snow, however, is perfect winter snow—not the slushy stuff that will come with spring skiing.

Here we are leaving the gondola station at 1,660 metres (5,450 feet) looking out the frosty Plexiglas of the gondola. 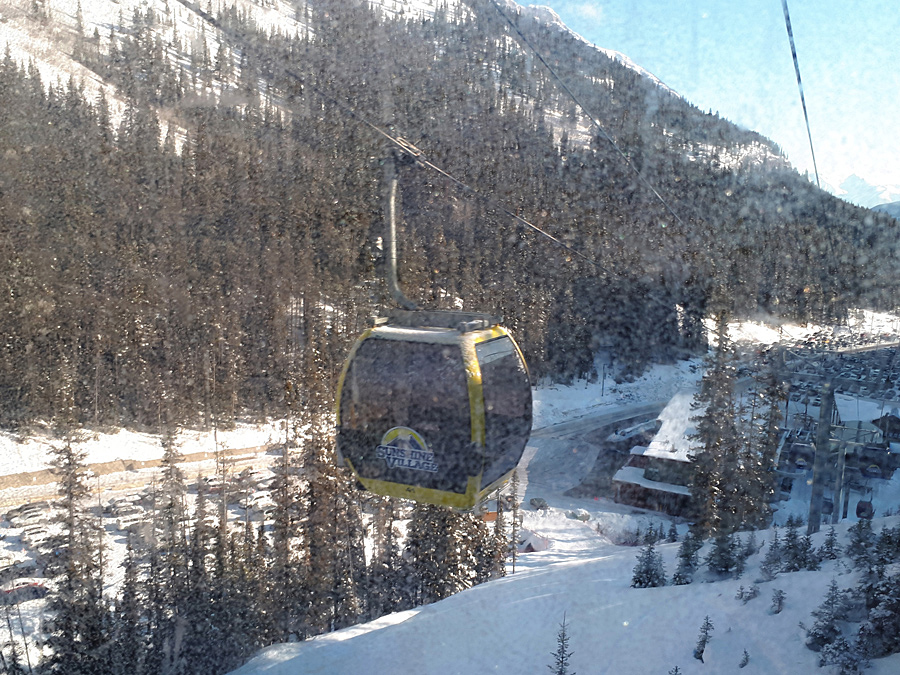 Leaving the gondola base

That’s the parking lot below, only half full at ten in the morning. It’s a weekday so it will only fill to the end of the parking lot. On weekends, the cars are backed down the road and shuttle buses take you to the gondola station.

We always ski on weekdays. 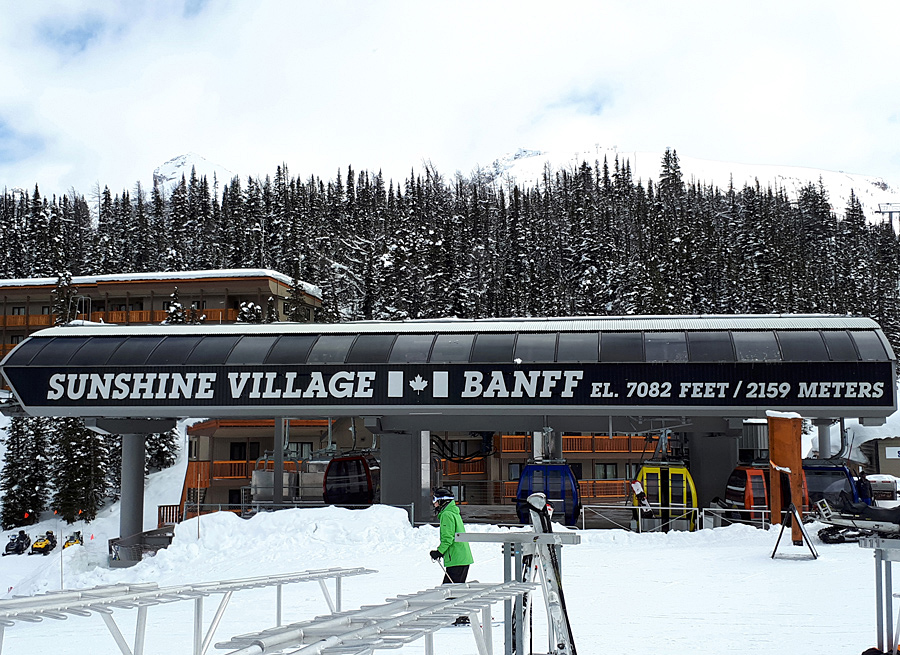 Arriving at the Village

There is another station below this where you can get off for Goat’s Eye Mountain, but in the mornings, it’s always icy over there. So if we do ski Goat’s Eye, we wait until the afternoon. By then the sun has softened the snow and it’s nicer skiing.

Yesterday’s forecast was for a mix of sun and cloud and the morning started off sunny.

sunny at Sunshine in the morning

Closer to lunch, we headed to the top of Divide. 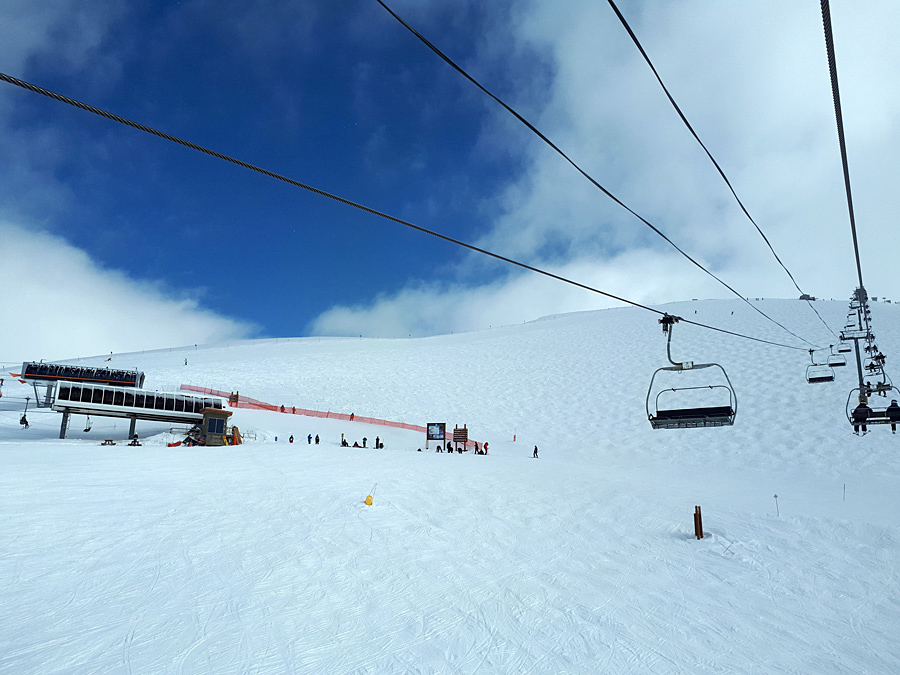 On the Divide Chair

Now we are on the Divide chair. To the left are the Teepee Town and Angel chairs.

For a short time, the Divide chair crosses from Alberta into British Columbia. I didn’t get my camera out fast enough so I missed the sign that says “Welcome to Beautiful British Columbia” but I did get the sign welcoming us back to Alberta. 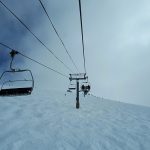 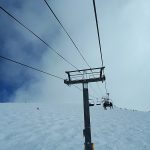 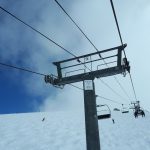 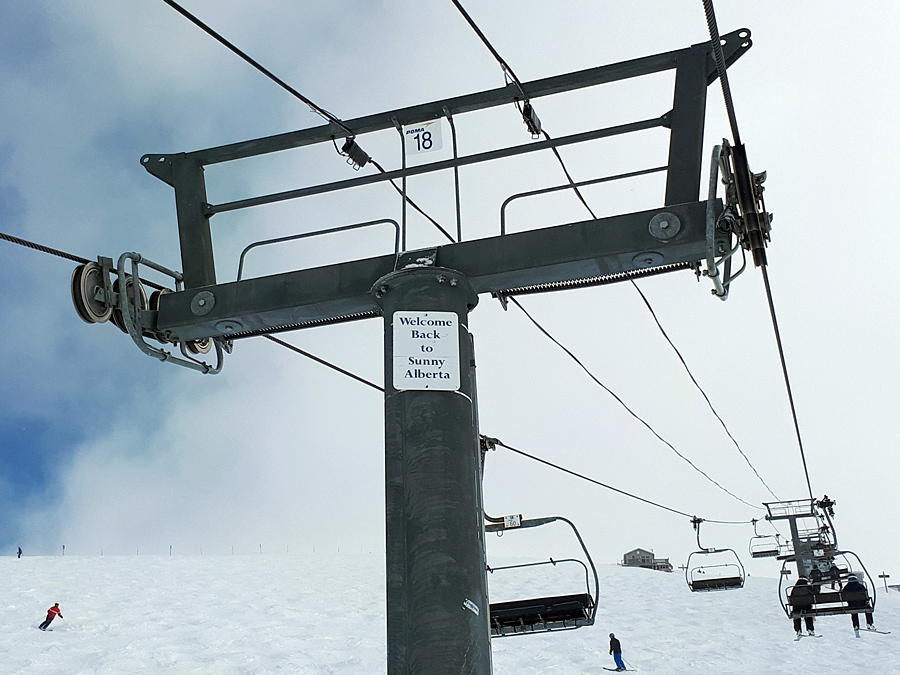 Welcome Back to Sunny Alberta

The joke is that sometimes you are riding this chair in a whiteout when the “sunny Alberta” sign comes into view. 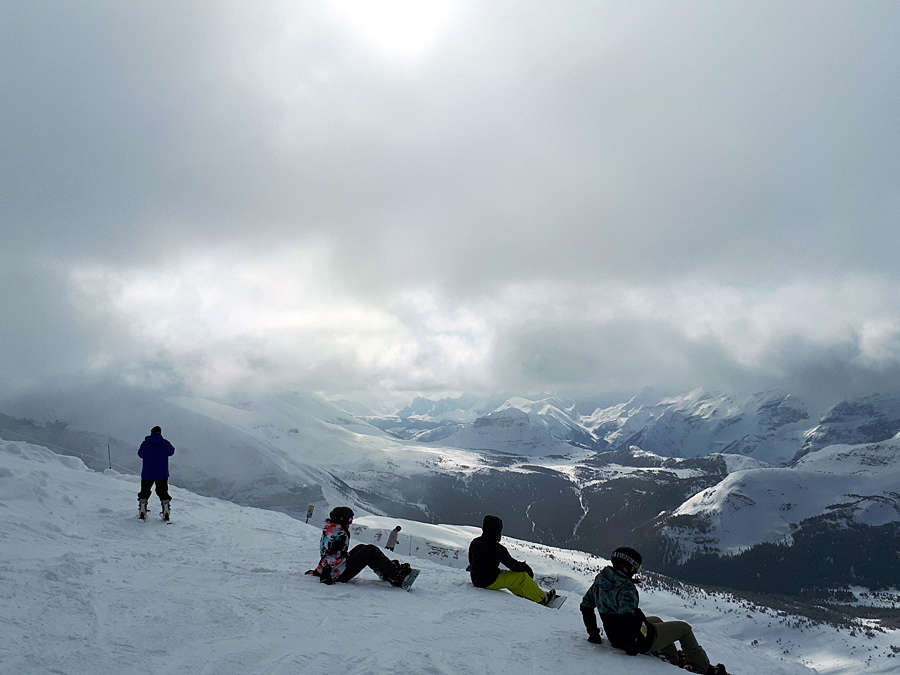 The light was flat, so we only did one run here and then skied all the way back down to the Village. We did one more run on Standish (where the light was better) and then we went to the Sunshine Mountain Lounge and the Chimney Corner for lunch . . . 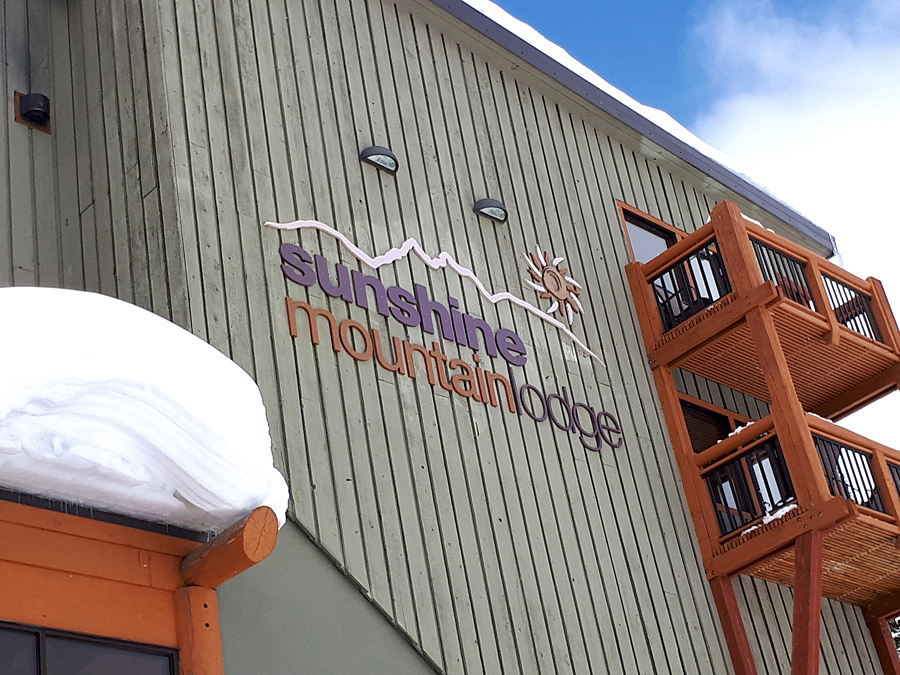 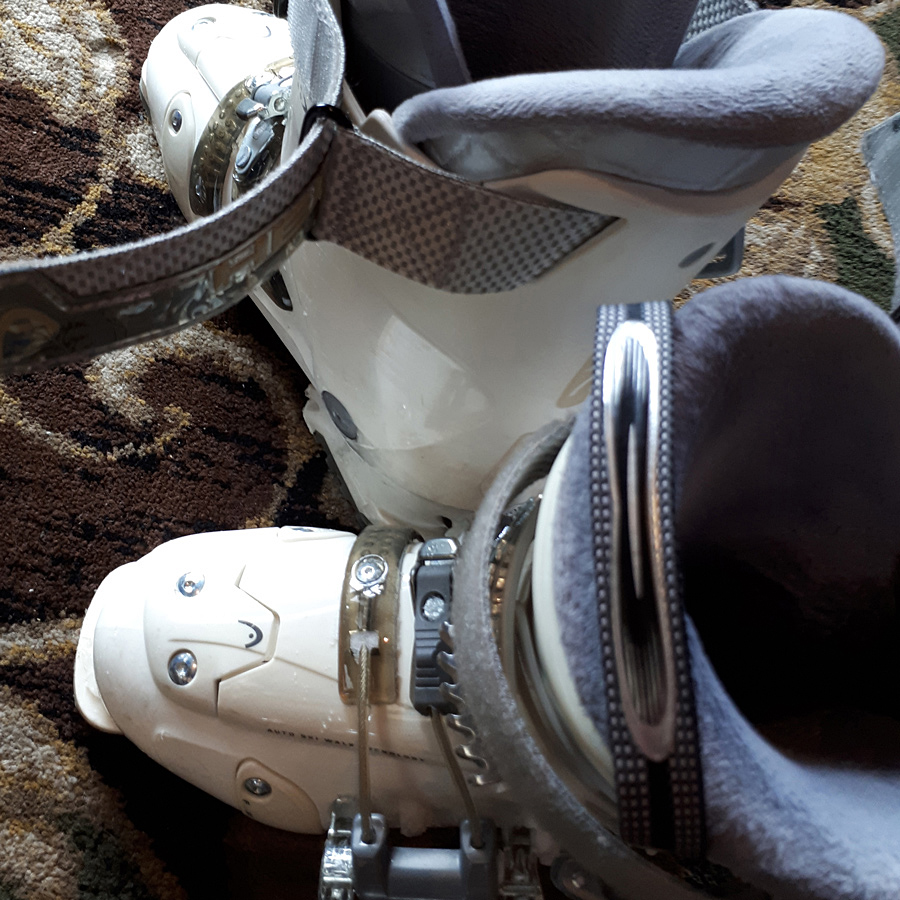 . . . and fuel up on that great Canadian delicacy, poutine. 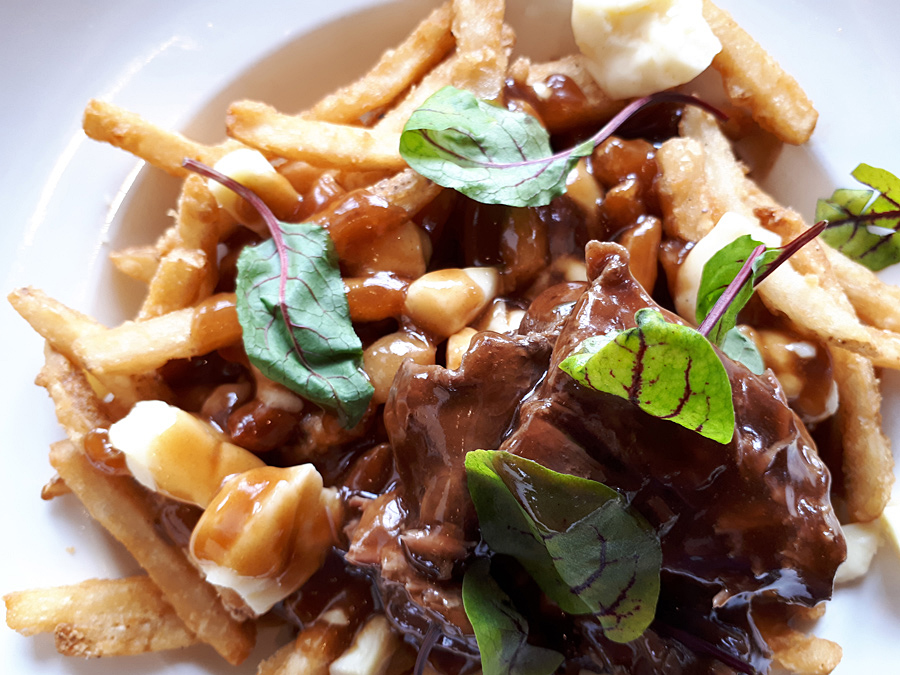 After lunch, the light was still iffy, and Goat’s Eye looked socked in, so we stayed at the Village, and skied the Wawa Bowl. 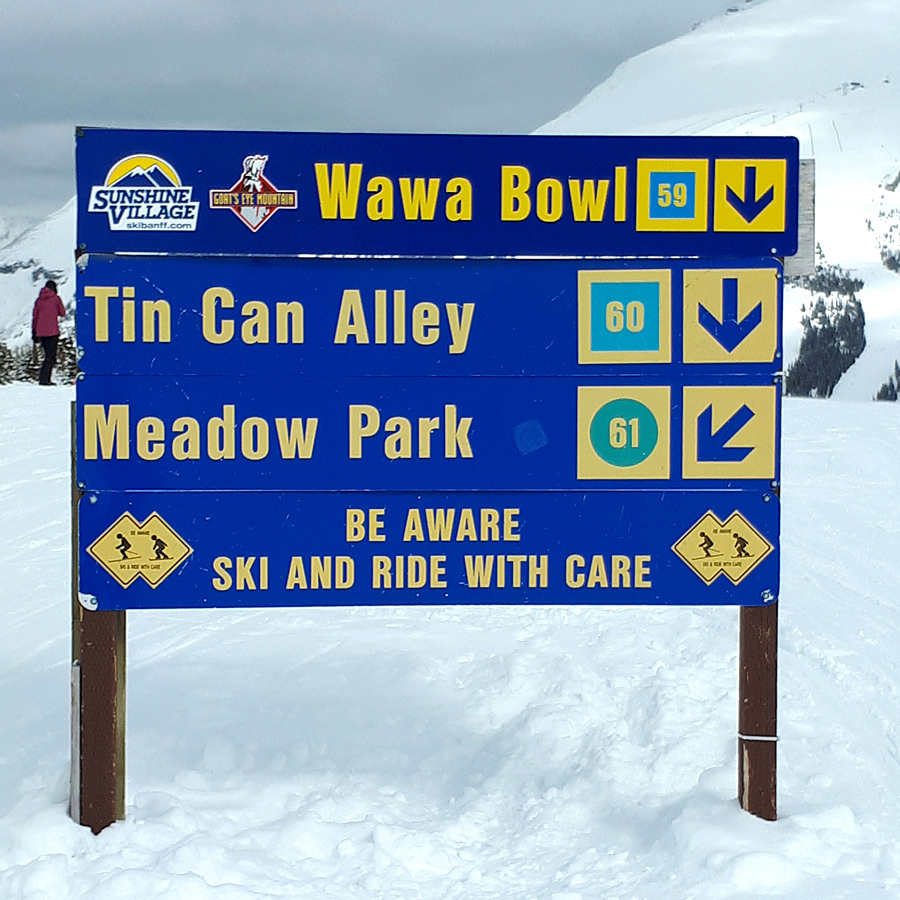 One of my favourite runs is here, Tin Can Alley.

Now we are riding down. Those are my skis on the outside of the gondola. 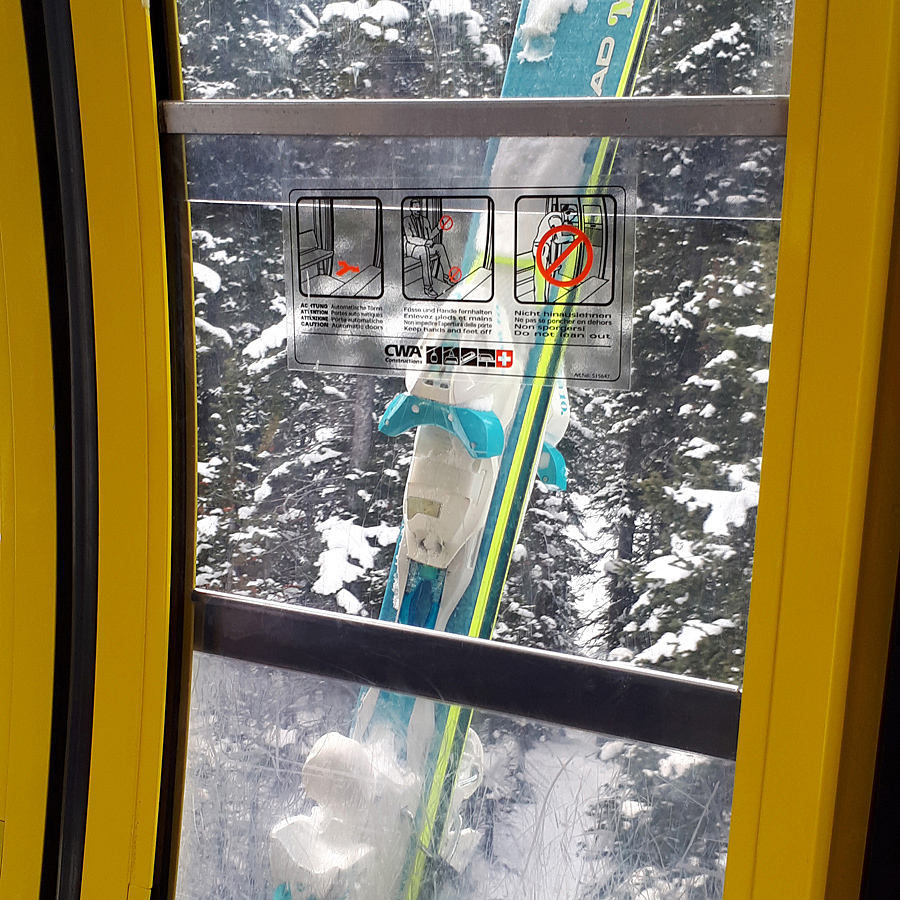 going down on the gondola

The temperature rose to 4 degrees Celsius (39 Fahrenheit) in the Village, with no wind, so the air was spring-like. But the snow was winter-like and perfect. So that was our last official day of astronomical winter.

The other way of determining the seasons is called the Meteorological Method. In this case, meteorologists base the seasons on annual temperature cycles.

Kind of makes more sense. But I still think back to my elementary school days—and the 21st.

What is spring for you? Is it the beginning of March? Or not until the 21st? Is it snow melting? Or tulips and daffodils pushing up through the soil? Do you like spring skiing? Or would you prefer to start a garden?