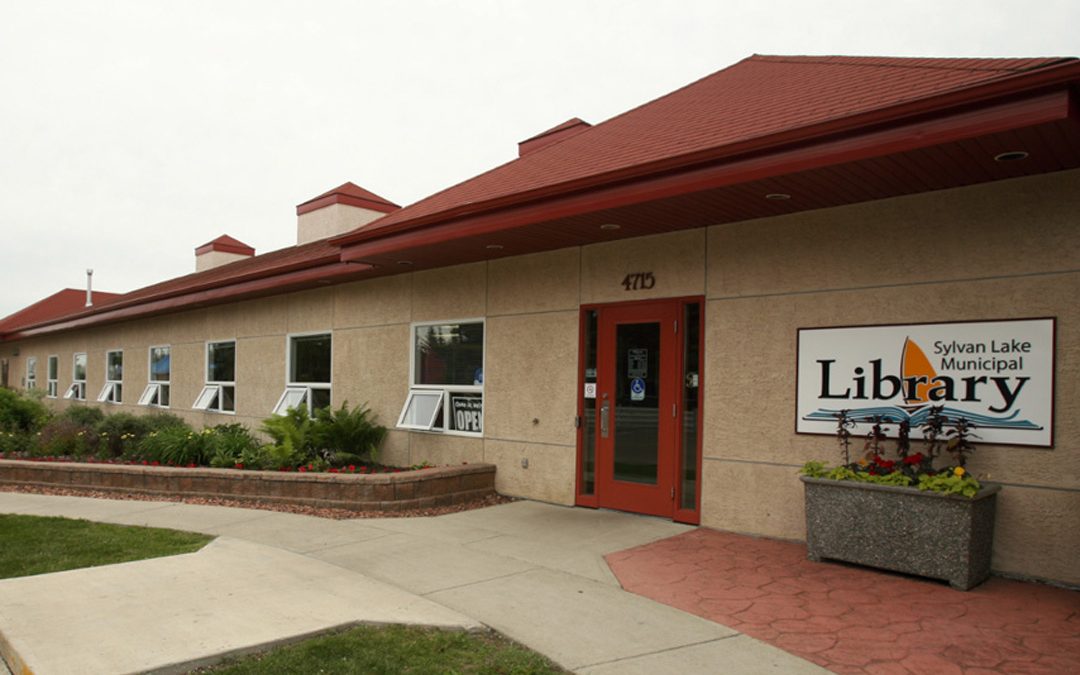 We thought it would be nice to do some North-South mingling of Alberta writers. Michelle and Suzanne F came from the north, Amy Jo and Suzanne S came from the south and M.K. Stelmack met us in the middle. That is, M.K. lives in the small town of Sylvan Lake. That year we met for brunch at the Boston Pizza where we discussed what we were working on. Then we moved over to Waves Coffee Shop and critiqued One Page of each other’s work.

In the summers that followed, M.K. Stelmack (aka, Moira) took ownership of the Retreat and arranged for it to be held at the local library.

In the morning, we critiqued one page of each other’s work. And sometimes we did two or three pages. Comments and suggestions flowed freely and Amy Jo kept us on course with a timer so we could get through everyone’s work.

In the afternoon, we did our usual Ask & Answered session, discussing Social Media, group series, formats, distribution and craft. That continued until the Library closed. We reconvened down the road at the popular Wing’n It Restaurant. 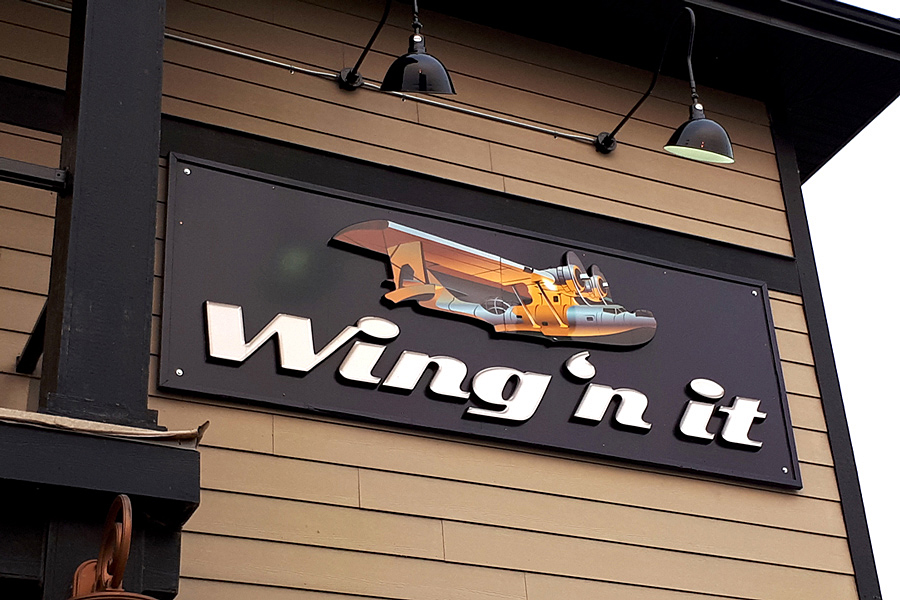 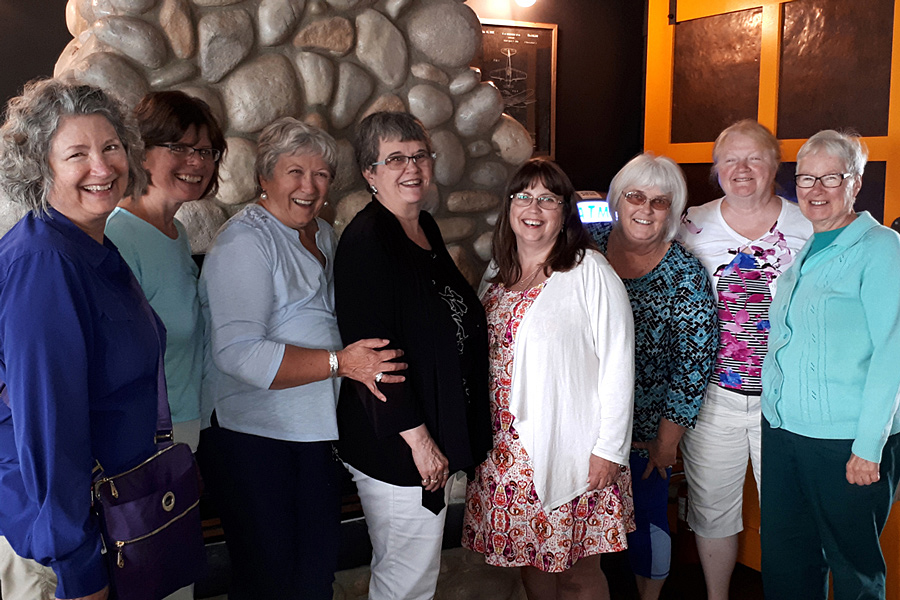 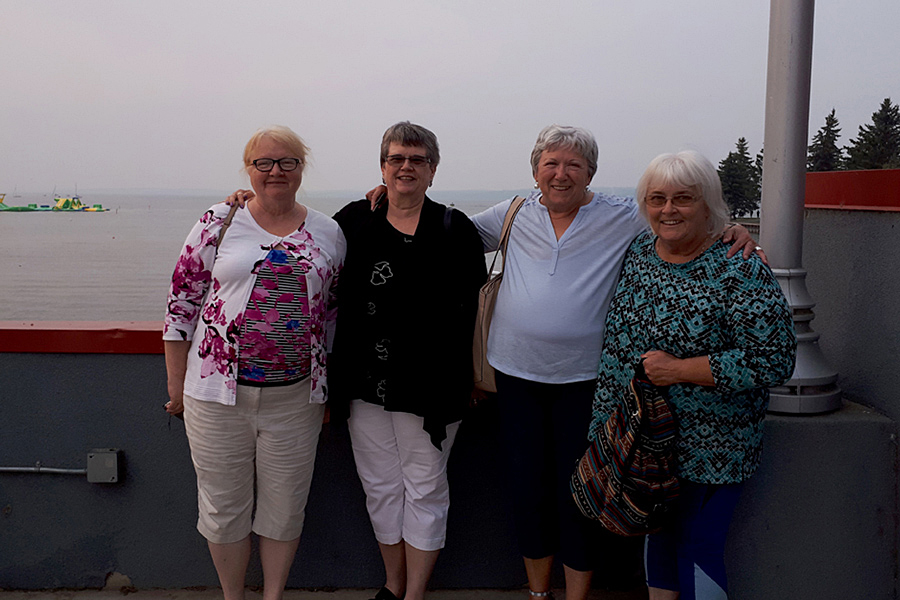 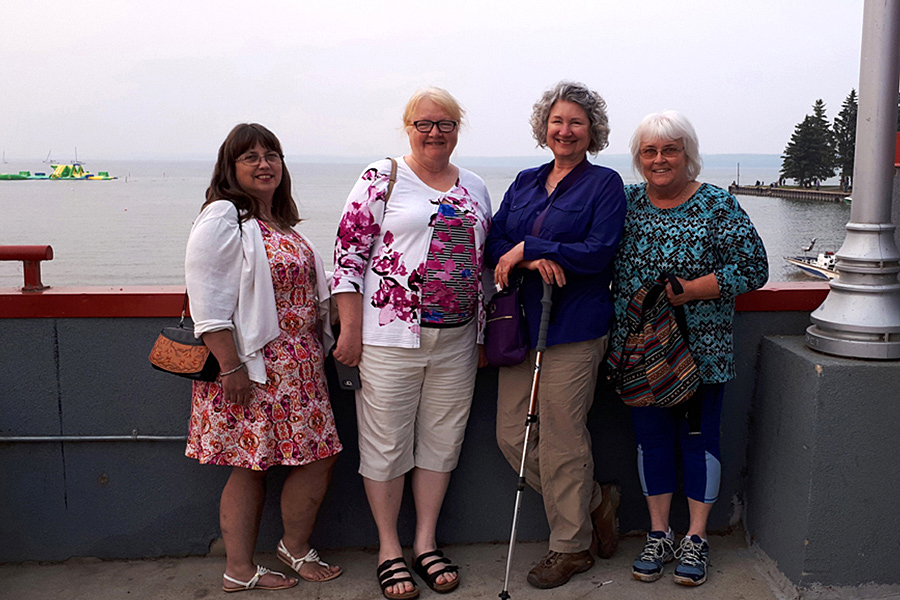 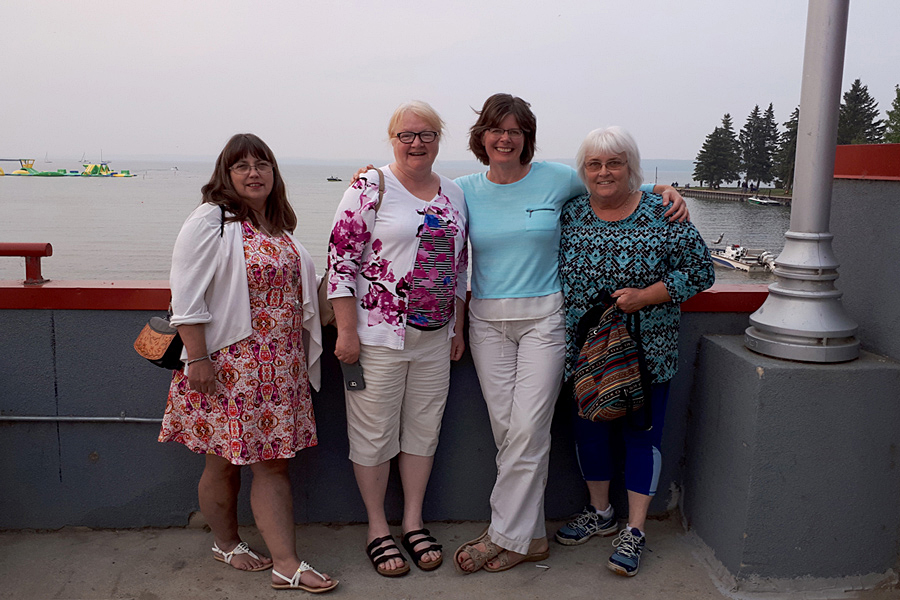 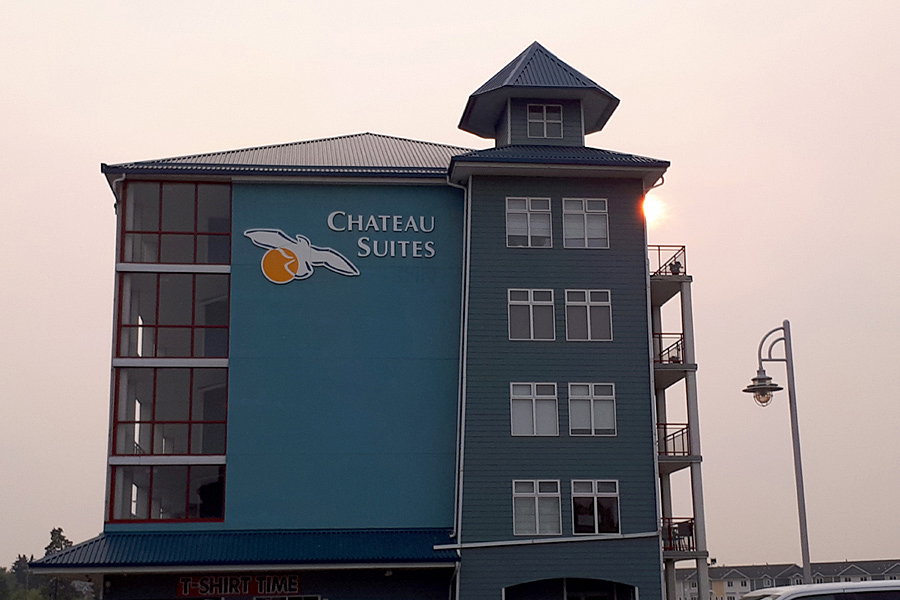 smoky skies from the BC wild fires

Several of the writers spent the night in Sylvan Lake and I’m sure a lot more critiquing (and wine) was involved. 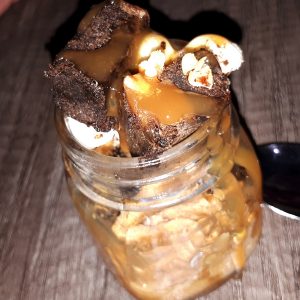 I love this annual meeting of the minds and am already looking forward to next year’s event. Thanks to Moira for handling the logistics and thanks to all of you for your help with my story.