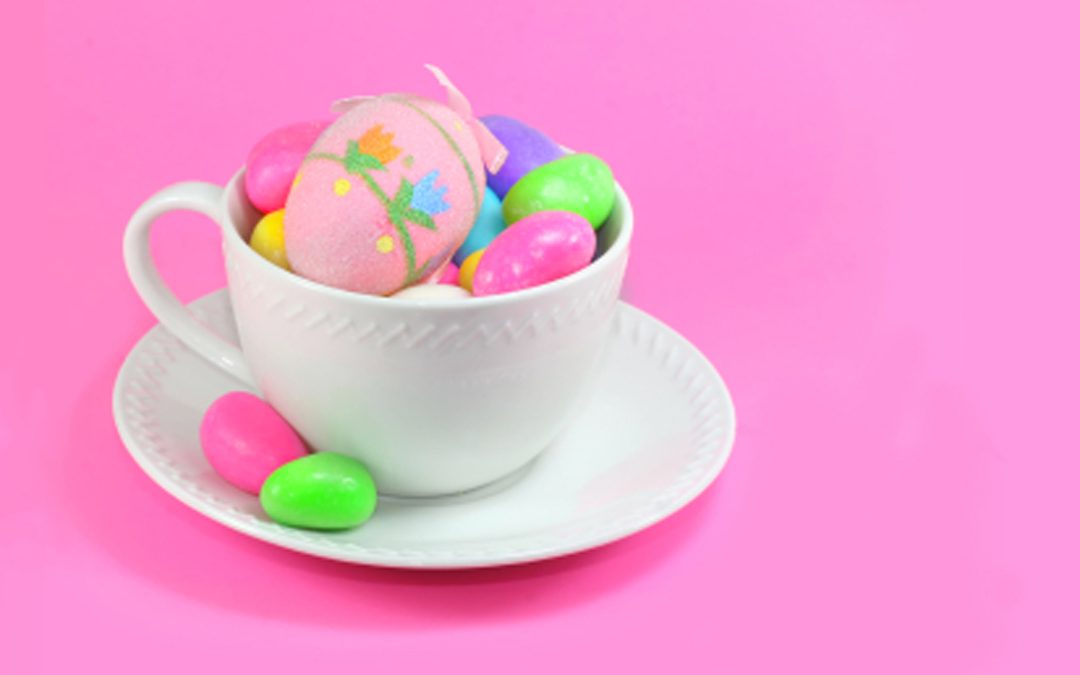 Correction: In 2014, Easter Sunday falls on April 20th, not the 13th. In my excitement to meet the Easter Bunny, I accidentally moved Easter a week ahead! This is an example of how confusing it is to have the date change every year. 🙂

The date of Easter (a Christian celebration) changes each year, according to the phases of the moon.

The date of Easter varies from March 22 to April 25. In the beginning, the Christian church fathers wanted to observe Easter right after the Jewish Passover. Passover is based on lunar cycles. Basically, Easter Sunday falls on the first Sunday following the first full moon following the northern Spring Equinox. If the full moon occurs on the Equinox, the calculation is taken from there.

However, the celebration is not really dependent on the lunar calendar but rather on tables that were created a long time ago, in 325 AD, in a place called Nicaea. Using the tables, the full moon is considered the 14th day of a lunar month and that may differ from the actual full moon by a day or even two days. Since the full moon can occur on different dates depending on where you stand on the planet, the use of the tables was necessary. These tables were not astronomically exact, but they were close. For one thing, the equinox was considered to be on March 21, although astronomically the equinox falls on March 20 in most years.

In 1583, the tables were modified slightly, but the tables are still used to determine the date of Easter.

Over the years, suggestions have been made for changing the date of Easter. It has been proposed that the Easter calculation be based strictly on direct astronomical observation. Another proposal was made in Britain to fix the date as the first Sunday after the second Saturday in April. However, nothing has changed yet.

In Calgary, Alberta, Canada, we have had snow and zero Celsius temperatures until the end of last week. In fact, it seems that March came in like a lion and left the same way. So we were not ready for a Spring Celebration in March. Having Easter show up on April 13th is more appropriate for us.

What about Easter Eggs?

No one knows the origin of decorating eggs for Easter, but I’m sure you grew up with one or both of these customs.

Perhaps you suspended your pretty egg shells from a branch of pussy willow, another harbinger of spring. 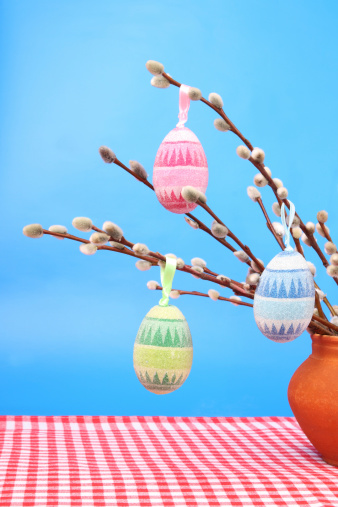 You might like to know that the world’s largest Easter Egg is located in my home province of Alberta, in the town of Vegreville. It is 31 feet long and weighs 5,512 pounds. Unfortunately, it is not made of chocolate. 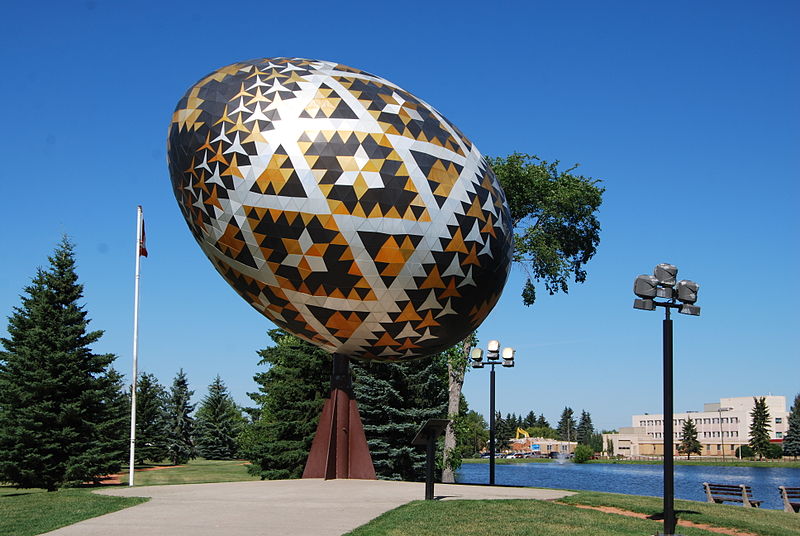 You can read about Vegreville’s giant Easter egg, or Pysanka, here. Ukrainian Easter eggs are known as pysanky and the tradition of decorating them dates to the pre-Christian era.

This Sunday, how are you welcoming Spring and Easter? Will you have coloured hard boiled eggs? What colour? Or will you have scrambled eggs for breakfast while admiring your Easter Egg tree? Or will you settle for the newer tradition of chocolate eggs? Will you hide any?

Easter Eggs in a cup from iStockphoto.com #000008542559
pussy willows and Easter eggs from thinkstockphotos.com #179299286
Vegreville Pysanka from Wikipedia