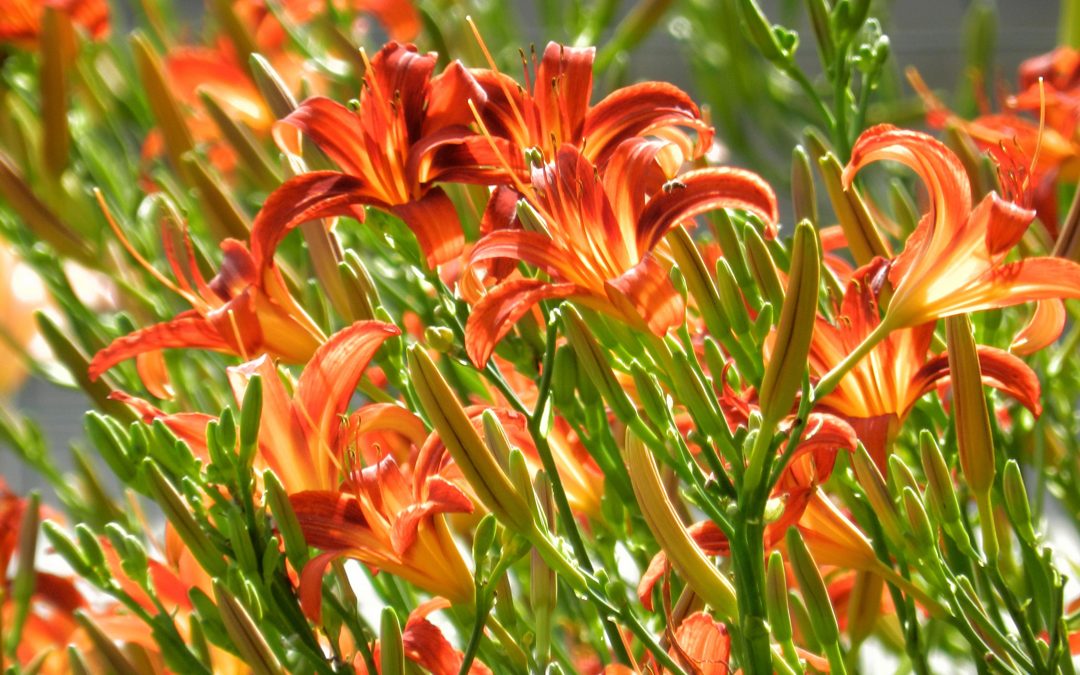 I grew up on a mixed farm in Southwestern Ontario.

My dad rotated crops of corn, wheat, beans and occasionally sunflowers. My mother grew a garden of carrots, asparagus, string beans, leaf lettuce and a few tomato plants. There was a flower garden right in front of the living room windows with lots of petunias and morning glories. Mom used to put strings in front of the windows and “train” the morning glories to climb.

One year I saw her sprinkle morning glory seeds at the base of an upright juniper beside the lane. The morning glories topped the trees by the end of the season.

Everything grows well in the rich soil of Southwestern Ontario. Across the road, a few yards away from our lane, there was a ditch filled with orange daylilies. They are not technically wildflowers, but somehow they got started there. Since they are very hardy, they don’t need a lot of care. They manage to survive the intense heat of the summer even if there is little rain. They’re not fussy about the soil and the bugs don’t seem to bother them. And they bloom from early spring until the frost comes in the fall.

Notice that is one word. Daylilies.

The scientific name for these flowers is Hemerocallis. This comes from the Greek words hemera (day) and kallos (beauty). An appropriate name, since these perennials only bloom for a day, opening in the early morning sun and withering by nightfall.

Although they look like lilies, they are not of the lily family. True lilies grow from bulbs and daylilies have tuberous rootstocks. And, of course, the cut blooms of real lilies can last a week or more.

As children, we would pick bunches of daylilies and bring them home where they sat in mason jars and wilted by nightfall. Still, we kept picking them and our mother kept putting them in jars. 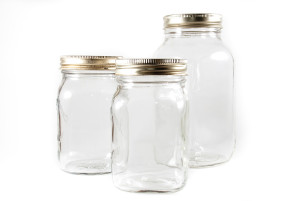 Also across the road, and down about a quarter mile, was another farm where the bachelor Gordon lived. He was a soldier from WWII who had taken up farming and, like many farmers, he supplemented his income by working at the steel factory in the city about 30 miles away. He didn’t have a phone so if the factory needed to get a message to him, they phoned our farm and one of my brothers or sisters delivered the message.

Every Christmas, the factory gave him a huge turkey. Since he lived alone, he gave the turkey to my mother and she cooked it and invited him to dinner.

Gordon also had a pear tree—a single pear tree that stood in the middle of a field. He must have liked that pear tree because he drove his tractor around it as he worked the land. Each October, that tree produced the most beautiful yellow pears I have ever seen. We would go across the road and bring back bushel baskets of the pears. We ate a lot of them and my mother canned some. 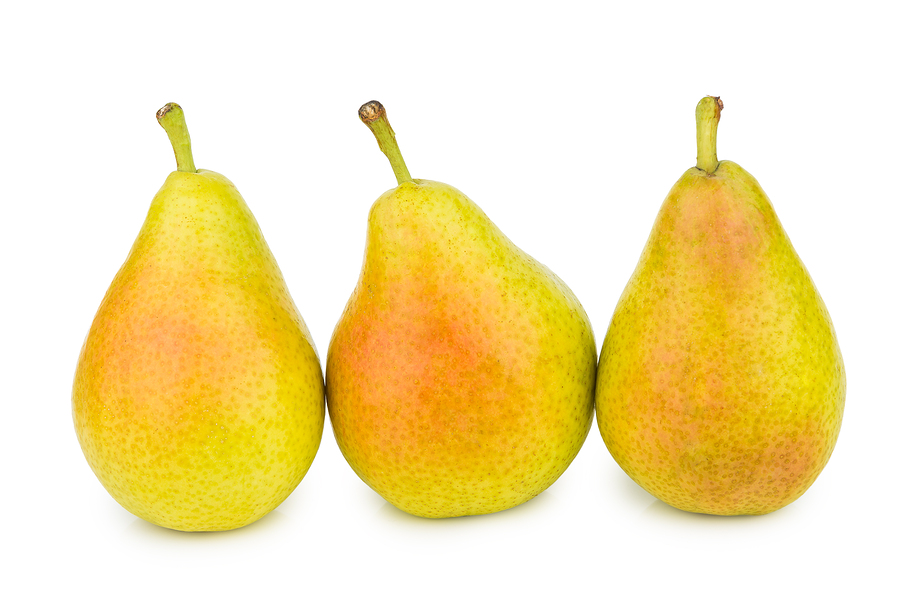 I was back in the area this summer, and I drove past the old farm. The pear tree is gone. Maybe because the new owner didn’t like the inefficiency of driving around that single tree. Or maybe the tree died.

But in the ditch, although not as abundant as I remember, the daylilies are still there. 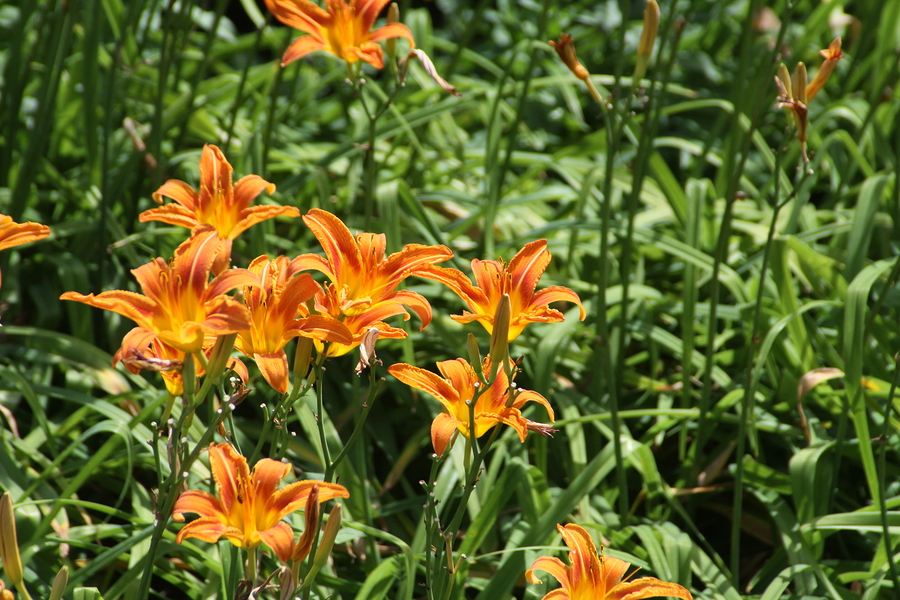