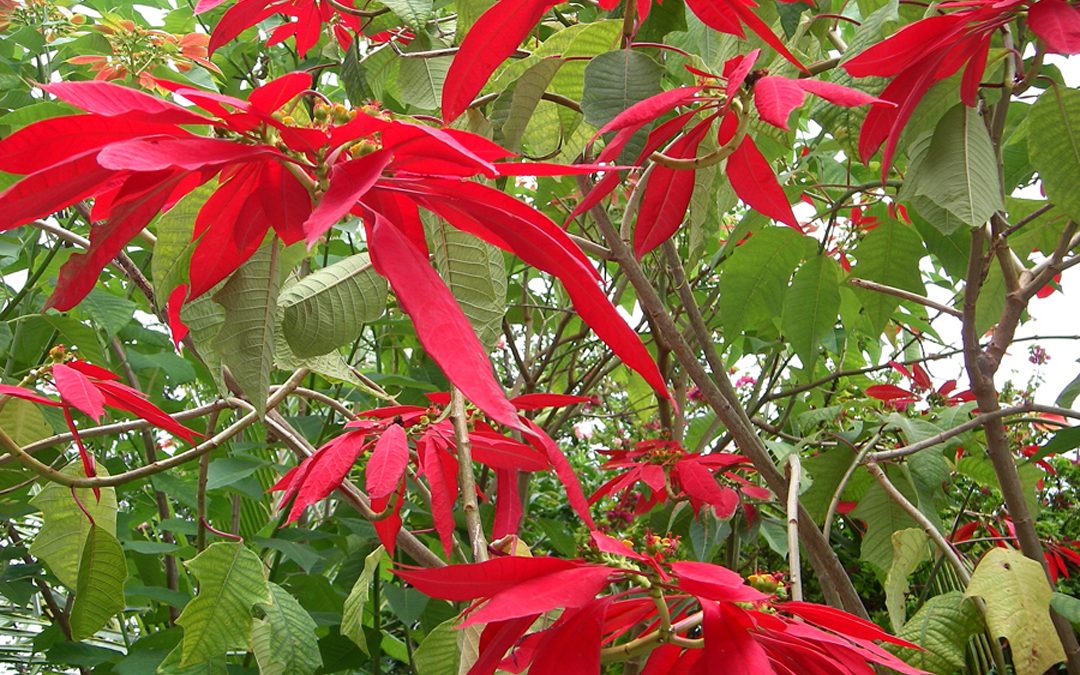 This is a poinsettia tree in Vilcabamba.

For my blog post this week, I want to return to Ecuador. Last time, I told you about The Eleven Hour Bus Trip. Now it is time to leave Cuenca and go to Vilcabamba.

The bus ride from Cuenca to Vilcabamba was a little better because I got the front seat, right by the door to the driver’s cabin. There was a blue curtain across the door, but I kept pulling it back whenever people got on or off.

Besides the driver, there was one other ‘helper’ up there, and sometimes there were two helpers. Keeping my eyes on the horizon was good—I was not as nauseated. The helper seemed a little nervous about me being able to see him. I figured out that half the reason the bus wound so much was because the driver was avoiding potholes, like Hans Solo avoiding asteroids. At one point, one of the helpers moved the curtain over a bit more to block my view, but Rolf could still see the driver, who was eating fried chicken—with both hands—while one of the helpers was reaching across and steering.

This trip was only five hours long. There were no bathroom breaks and my bladder had lost all tone by the time we arrived in Loja. We had a bit of food at the bus station and waited for the connecting bus to Vilcabamba. This last leg of the journey only took an hour and a half. 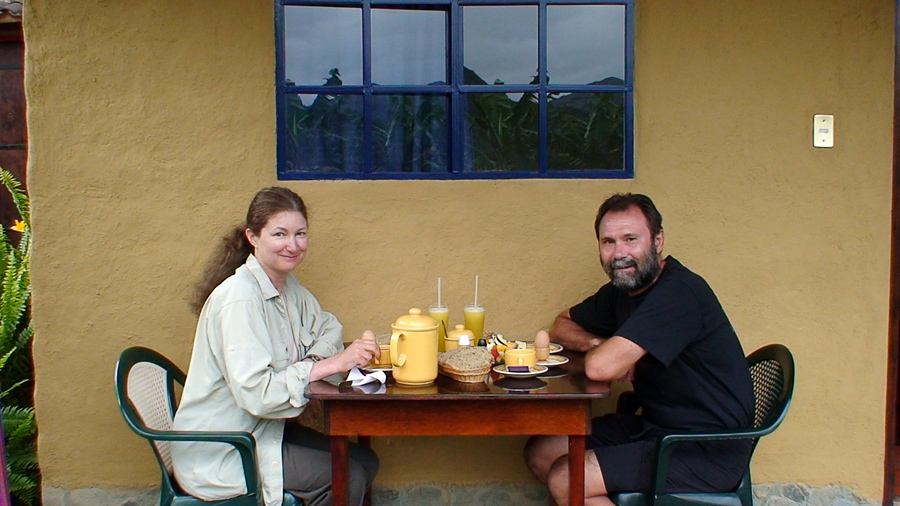 Suzanne and Rolf in Vilcabamba

Our hotel is owned and run by a French couple. Everything works and is ultra clean. We look out on a garden and there is a hammock on our porch. Breakfast is served on the table outside our door—juice, tea/coffee, egg, fruit salad and homemade multigrain bread. 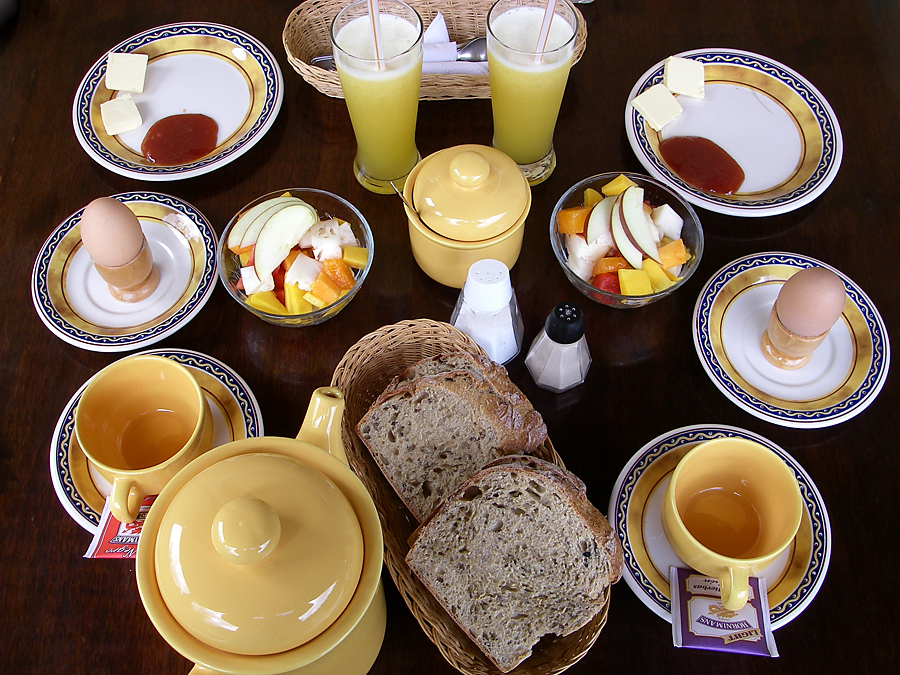