Carla Roma in the Galapagos 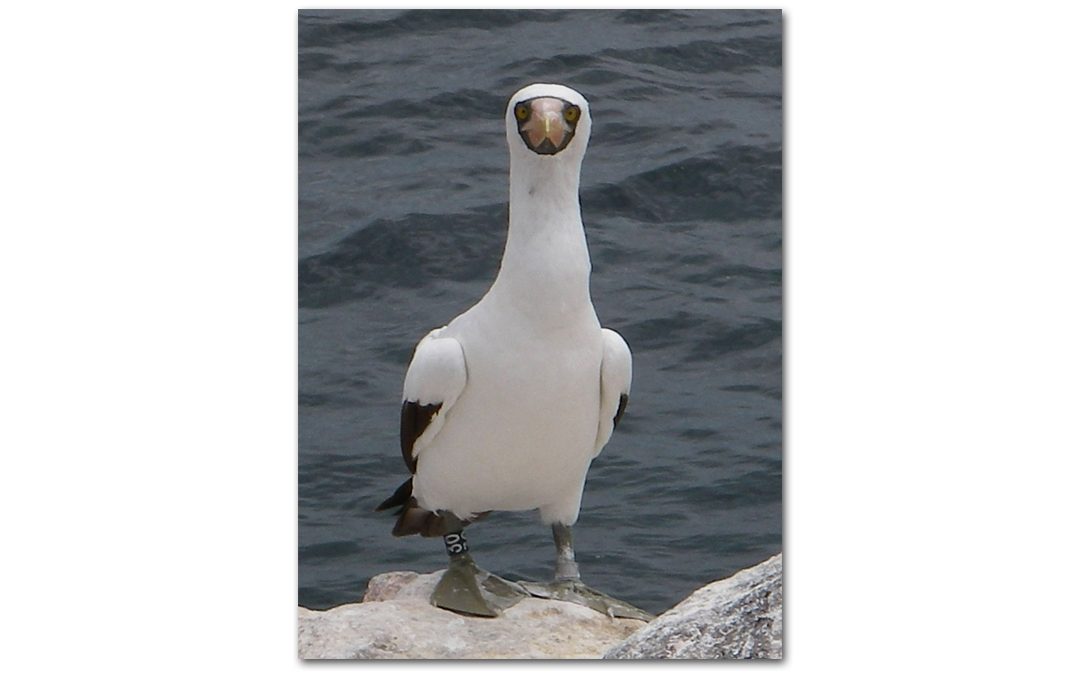 Hello everyone. I’m Carla Roma and I’m here with Suzanne Stengl, the author of THE GHOST AND CHRISTIE McFEE.

I found Suzanne in the little village of Puerto Baquerizo Moreno on the island of San Cristóbal in the Galapagos Islands. Or as they say here, Las Islas Galápagos.

We’re enjoying some ice tea in an open-air restaurant beside the ocean and watching the sea lions lazing on the beach. 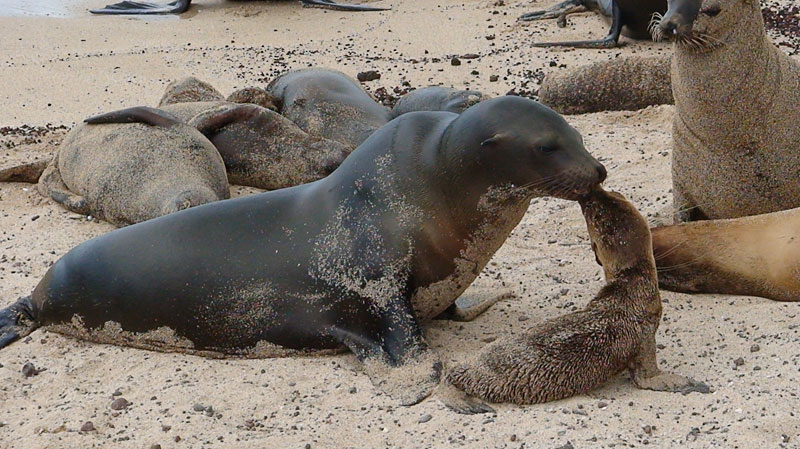 Carla: I’m glad to finally meet you, Suzanne. Do you have time for a few questions about your upcoming release?

Suzanne: (pouring a pitcher of water over her head…) I have all the time in the world.

Suzanne: It sure is. Forty-five degrees Celsius. In the shade.

Carla: Whoa. (fanning herself) What’s that in Fahrenheit?

Suzanne: You don’t want to know.

Carla: I understand you have some pretty authentic details about scuba diving in your book?

Suzanne: Yes, authentic. I’ve experienced every one of them.

Carla: I’m beginning to understand how hot it would be wearing a 7 mil neoprene wet suit in this heat. Do you really need a wet suit? The water doesn’t look that cold.

Suzanne: The water temperature here ranges from 64 to 86 degrees Fahrenheit at the surface, depending on the season. Of course it gets colder as you go deeper. So you need a wet suit.

Carla: If it’s as low as 64 degrees Fahrenheit, that’s similar to the temperature of Lost Lake, isn’t that right?

Suzanne: Yes, it’s similar. And in both places, in a wet suit, the temperature is perfect – once you’re underwater. It’s beautiful. (She looks out at the ocean.) There’s a wreck right here, in the harbor. 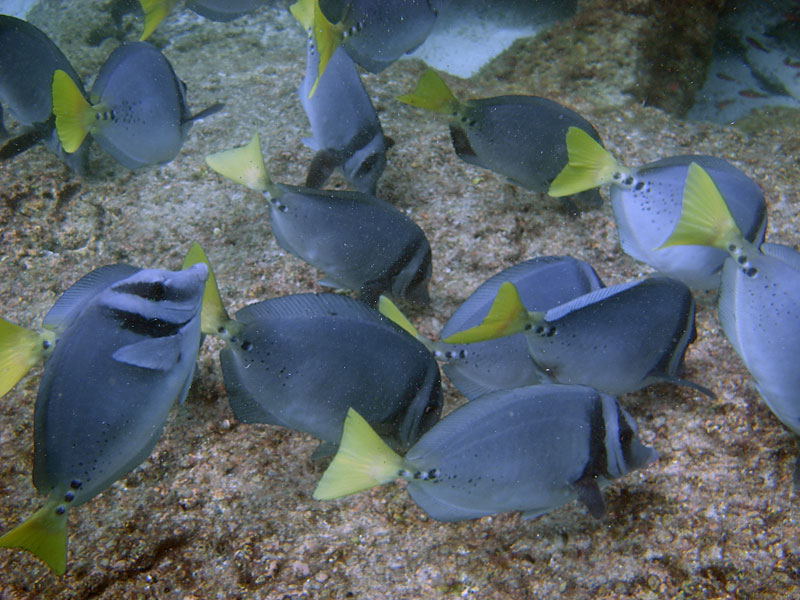 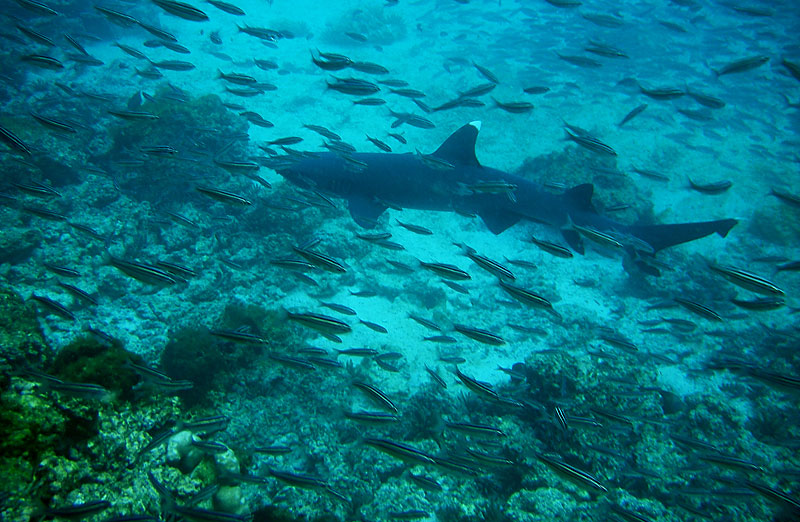 Carla: (fanning herself) I don’t know how the tourists can stand wearing a wet suit until they get in the water.

Suzanne: Most tourists live aboard boats and dive from them. Their sleeping quarters are air-conditioned. (She dumps another pitcher of water over her head.)

Carla: Do the staff care about you doing that?

Suzanne: No, they’re used to me.

Carla: OK, let’s talk about your book. The opening scene in GHOST has your heroine on a dive boat. And she’s seasick. Have you personally experienced that?

Suzanne: I sure have. We did an 8-day tour aboard the Yolita here, in the inner islands, with a group of 16 passengers and 5 crew. Every one of the passengers got sick on the first day. Including Rolf. 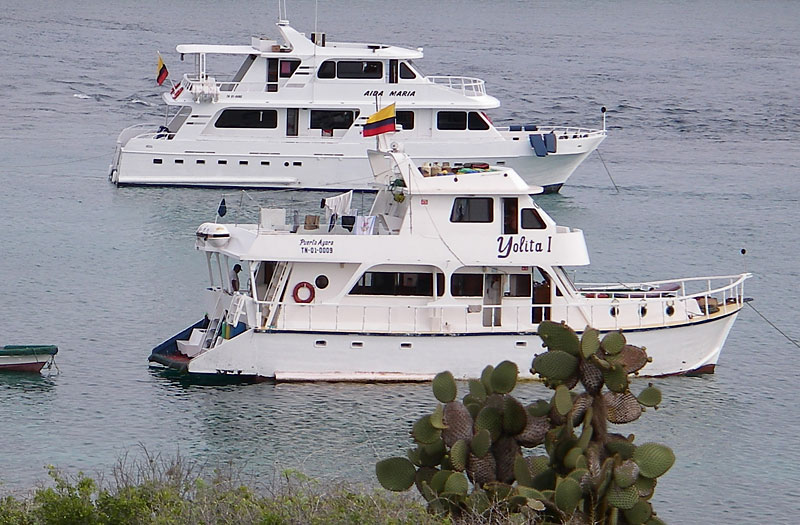 Carla: Rolf is your husband?

Suzanne: Yes, he is. He’s a traveler.

Carla: You’re quite the traveler too, I must say.

Suzanne: No, I’m not. I’m a tourist. There’s a difference.

Carla: Then, you’re quite the tourist.

Suzanne: I’m the tourist from hell. (She dumps more water over her head.) I should have known I’d get seasick, since I also get carsick, and bus sick, and avoid roller coasters. And like I said, everyone got sick for a day. But since I’m so good at being seasick, I did it for the full eight days.

Carla: That must have been horrible!

Suzanne: Parts of it. Parts of it were great. The food was excellent. Although it would have been even better if I hadn’t been so nauseous. And the passengers aboard the Yolita were incredible. Mostly young travelers, all interesting people. The sixteen of us would sit around the big table for meals. For the first few days, French was the default language and then we changed out a few passengers and the default language became English. We had Italian, Swiss, British, Swedes, one guy from California, and the French.

Every day we walked different trails on different islands and saw the endemic plants and animals. 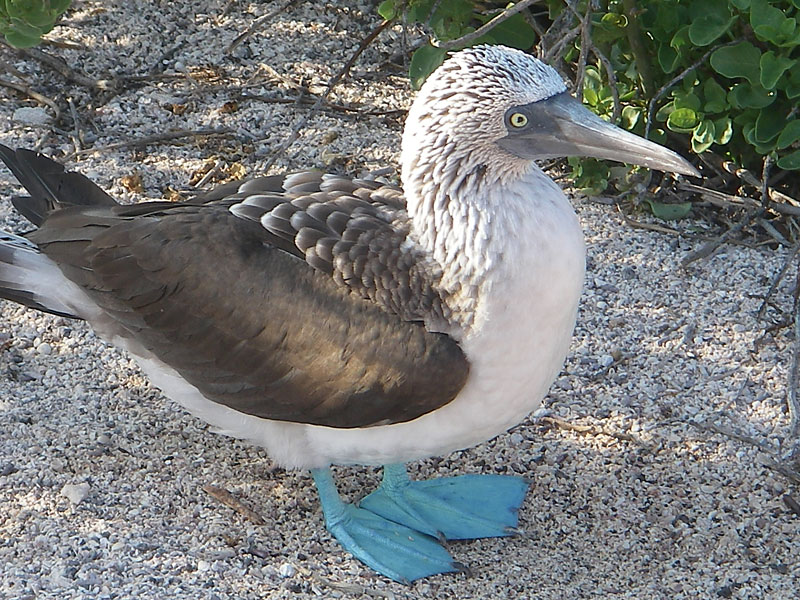 It was a mixed blessing, being on shore. No seasickness, but the heat was extreme. For me, anyway. Before I left the boat, I’d soak my shirt so I could be cool for a time. At the end of the hike, I’d walk into the ocean. I love my Tilley hat . . . 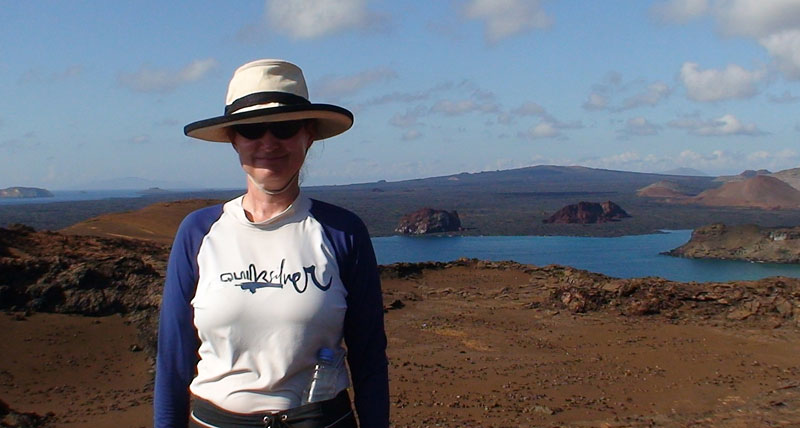 . . . because I can dip it in the water and douse my head, when it isn’t possible to jump in completely.

Carla: When would it not be possible to jump in completely?

Suzanne: If it was a beach that the sea lions had claimed. They can be territorial.

Carla: (glances uneasily at the sea lion occupying the bench in front of her.) 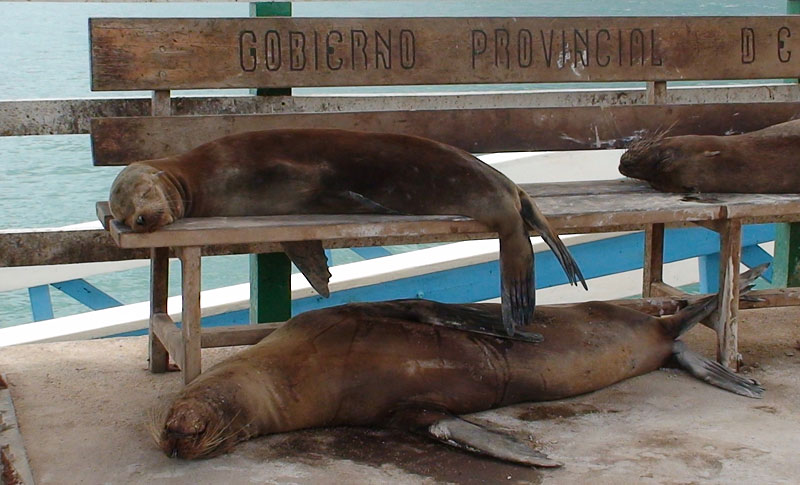 Suzanne: I don’t know why they love those benches, but they do.

Carla: Okaaay . . . So, you slept aboard the boat? Weren’t you seasick while you were trying to sleep?

Suzanne: Yes. Some nights, when we were making a long open water crossing between islands, it was especially rough. Many of us would lie on the sundeck and watch the stars.

Carla: And that helped the seasickness?

Suzanne: Yes. The stars don’t move so they are a reference point. It’s like focusing on the horizon in the daylight. And it was fun, lying there with everyone. Kind of like a pajama party.

Carla: Hmmm. But with being so seasick, weren’t you afraid you’d be sick while you were diving? That couldn’t be good.

Suzanne: It’s a real leap of faith, for someone like me – a non-adventurous tourist – to sit in a zodiac fully loaded with dive tank, 7 mil neoprene and 13 pounds of weights. And feeling nauseous. If you throw up underwater, it’s important to keep the regulator in your mouth.

Suzanne: Otherwise, you’ll drown. But I learned to deep breathe until we tipped over the side. And then all of a sudden, I was underwater and no longer rocking and I was out of the heat. My head was instantly clear and, for about 30 to 40 minutes, life was normal. At least, it was normal for my head and my stomach. The rest of the world was not normal. 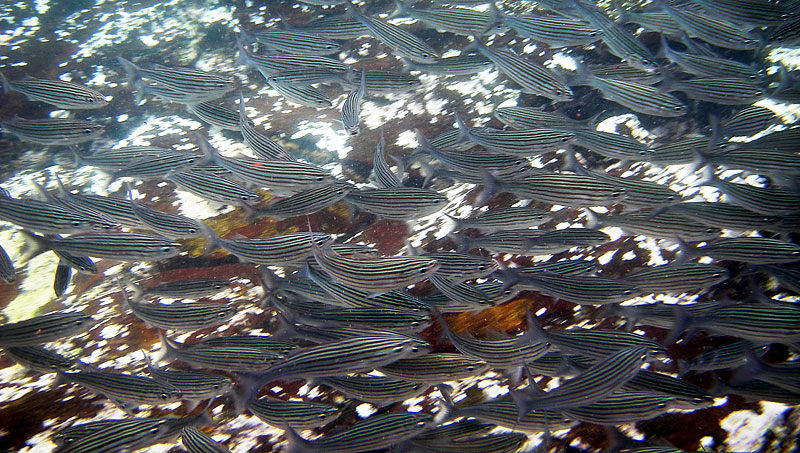 Suzanne: No, it was amazing. Sea turtles, sea lions, penguins, sharks, rainbows of fish. And when we weren’t diving, we were snorkeling. Snorkeling with the little penguins is something I will remember forever. 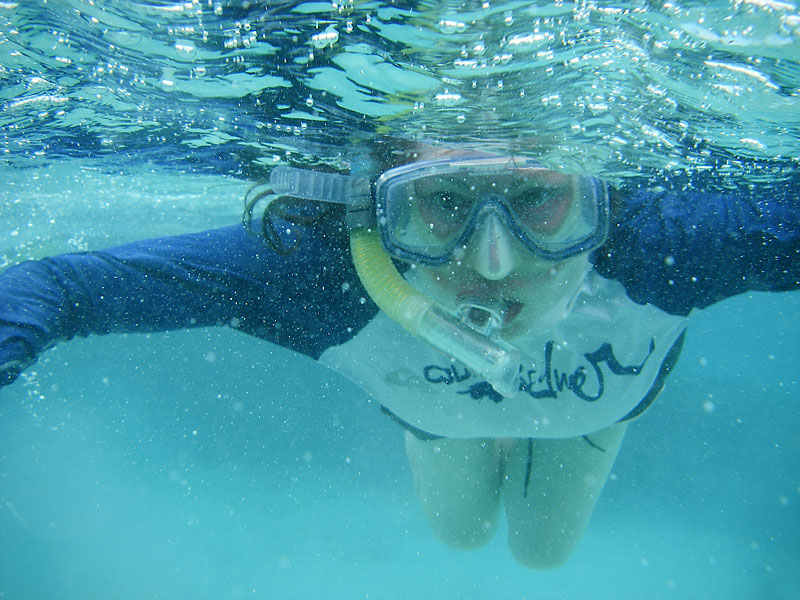 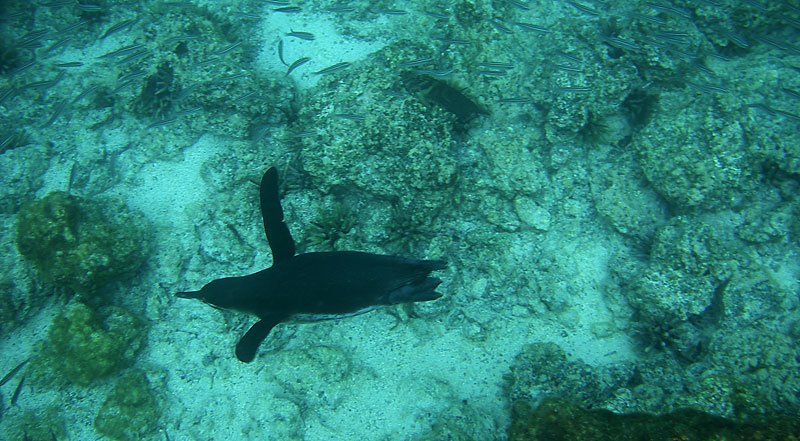 Carla: Too bad you can’t forget about this heat. Can you pass me that water jug?

Suzanne: Sure. Help yourself.

Carla: (dumping water over her head) I’m glad it’s not this hot in Bandit Creek.

Carla: Does your heroine Christie McFee get over her nausea and learn to love diving? 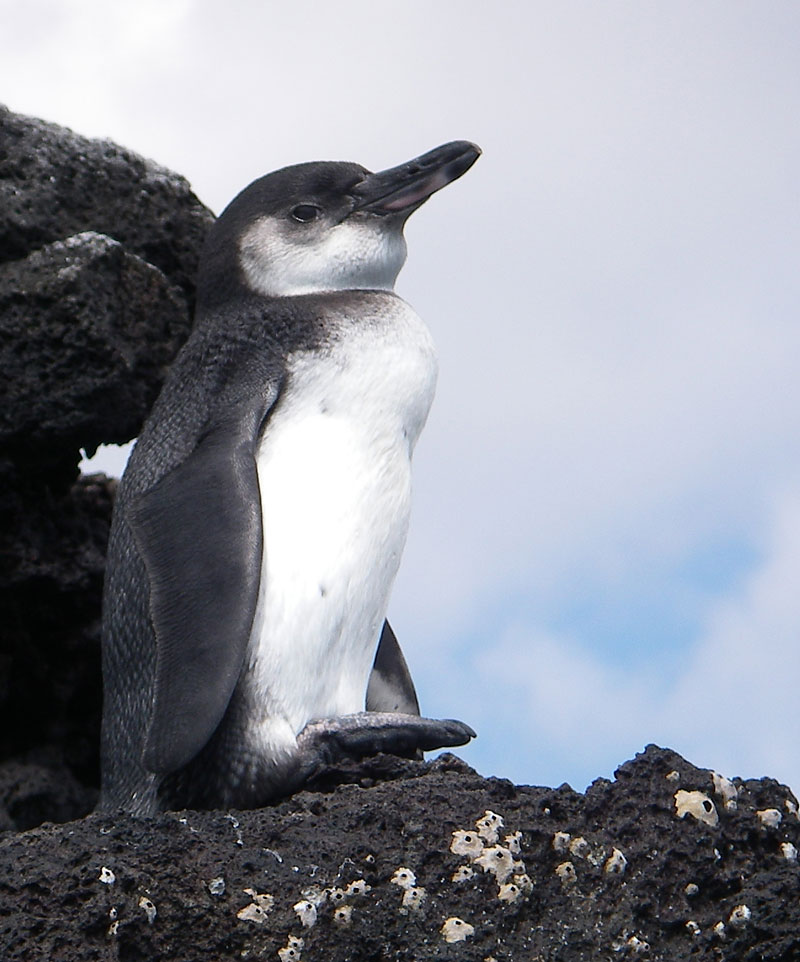 THE GHOST AND CHRISTIE McFEE is available from Amazon on August 1, 2012.