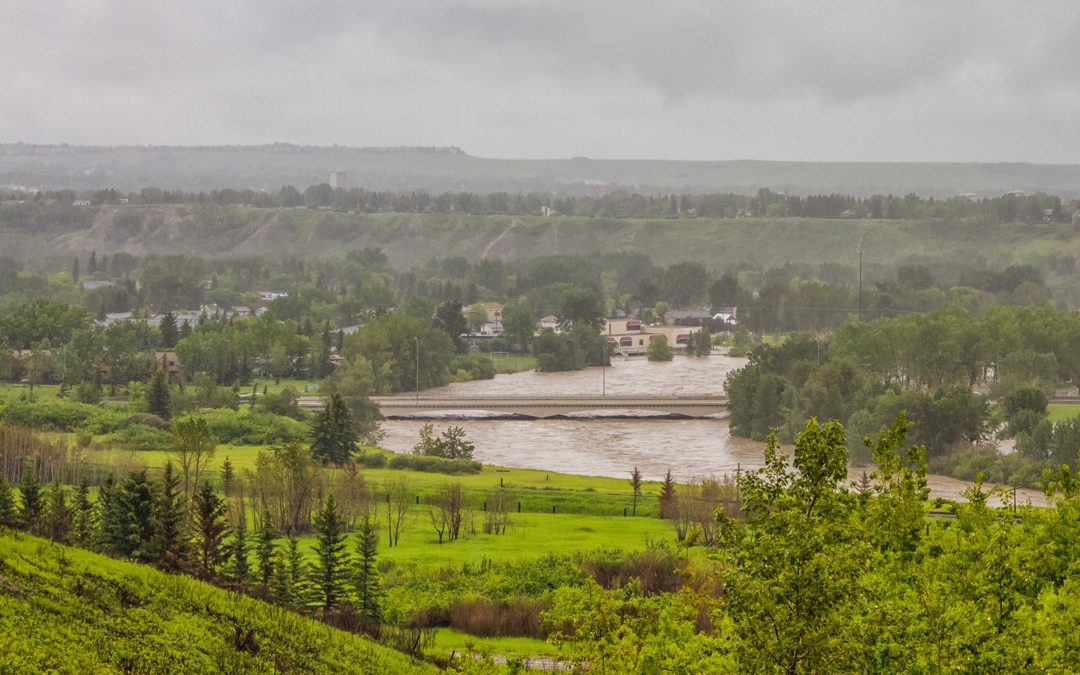 It started on Thursday, June 20th. Our son phoned us from his truck as he was on his way home. The Bow River was rising in Calgary, Alberta.

I took a walk in the rain down to the park above the river, along with other Silver Springs residents. We carried our umbrellas and our cameras. None of us had ever seen the river so high. Earlier on that Thursday, closer to the mountains near the town of Canmore, Cougar Creek flowed over its banks and wiped out a section of the Trans Canada highway, stopping all east-west traffic.

By evening, helicopters were flying over the subdivision of Bowness, broadcasting evacuation orders. My two sons live down there. One son ended up with friends in Scenic Acres. My other son and his fiancée and their dog Makita moved in with us.

I had a 6:25 a.m. West Jet flight to a family reunion in Ontario on Friday morning. There was no trouble getting to the airport since we live north of the river and the airport is north.

The family reunion was enjoyable, but everywhere I went I heard the news reports of Calgary in a state of emergency. But I knew my family was all right. My son, who owns a framing company, posted on Facebook: Framing crew available to build arks. Contact Ryan.

The Bow River crested on Sunday, June 23, the day of the family reunion. When I flew back on the following Tuesday (a week ago), Alberta was dotted with little lakes and greener than I’d ever seen it from the air.

But parts of Calgary are missing: roads, C-Train track beds, bike paths, bridges. Basements are full of silt and sludge. The vac trucks can pump out some of it. There are houses that didn’t survive at all and needed to be bulldozed.

Now the clean-up has begun. My (almost) daughter-in-law works downtown, normally. But the downtown core was without power. So she was among the many volunteers helping to rip out flood-damaged basements. Apparently, Peter’s Drive-In (a local burger place) was in her area, supplying food and drinks to all the workers. Volunteers are everywhere.

The Calgary Stampede will happen. The Stampede grounds were under water but they are being rebuilt. Most of the planned events will carry on. These T-shirts are on sale with proceeds going to Southern Alberta Flood relief. 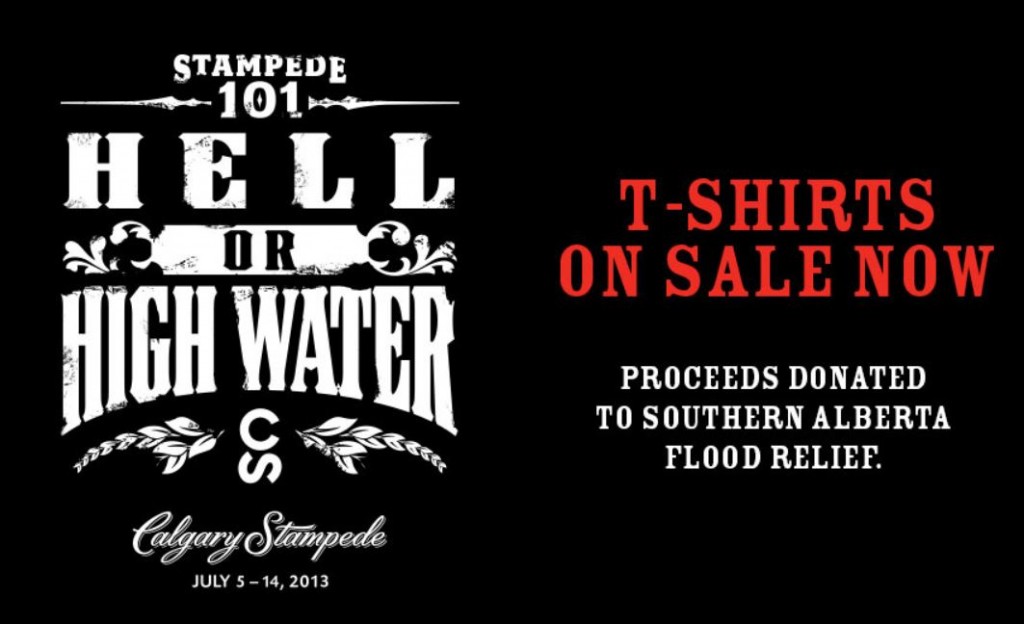 And life returns to (the new) normal. I hope things are calm (and dry) wherever you are!

poster from the Calgary Stampede
high water from Depositphotos #74184969